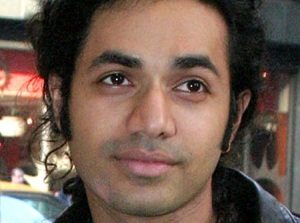 Kerala-born designer gets no reprieve from lengthy sentence he’s serving.

NEW YORK: Designer Anand Jon was dressed stylishly, in an impeccably fitted gray suit with a fancy front and lapels, with a vest underneath, and looked as handsome as ever, but as the Fashion Week rolled on in New York, he was far away from his once glamorous life: he was instead at the Manhattan Supreme Court, pleading guilty to giving forced oral sex to an aspiring female model whom prosecutors said he had lured to his house.

The Kerala-born Jon, one of the brightest Indian American fashion designers in the United States before he was accused of multiple rape and molestation charges in 2007, that eventually led to him being convicted in California and sentenced to 59 years to life in prison, faced 49 indictment-count by 12 victims in New York. He faces charges in Texas also, which will come to court later this year.

Manhattan prosecutors however dropped 48 of those charges, allowing him to plead guilty to just a single sex-attack count in what was once a twelve-victim. Under a plea, Jon, whose designs have been worn by Paris Hilton, Oprah Winfrey and Janet Jackson, among other celebrities, admitted only to forcing oral sex on one adult, aspiring female model, reported the New York Post.

On April 2, Jon will be sentenced to the five years he has already served in California; he still has 54 years-to-life remaining on that sentence, which covers his convictions on casting-couch sex assaults involving 16 women and girls.

Assistant District Attorney Maxine Rosenthal said they agreed to the deal “to spare the victims from having to testify at multiple proceedings.” He added Alexander is “already serving a lengthy sentence.”

Alexander’s attorney, Angelyn Gates, said the District Attorney’s office informed him when they offered the plea deal that they would only proceed to trial with three of the 12 original alleged victims, reported the Daily News.

Judge Cassandra Mullen asked the convicted rapist, “Is it true that in the county of New York during the period of June 1, 2005 to July 4, 2005 you engaged in oral sex … by forcible compulsion?”

Then he was hauled away in handcuffs looking bewildered.

Jon had initially been charged with preying on a dozen women, but the figure then dropped down to three. Prosecutors said some of the victims were minors, and some were drugged when he forced himself on them. They say he told one teenager not to report the rape to authorities, reported Fox News. Jon disputed the reason for the deal in court but didn’t elaborate.

Anand Jon Alexander came to the US to study at the Art Institute of Fort Lauderdale and later at Parsons The New School for Design. He credits Gianni Versace for his start in the fashion world. He has appeared on America’s Next Top Model.

He designed clothes for celebrities including Mary J Blige and Paris Hilton. He was slated to have a show premiering his Atomize Collection in March of 2007. He was arrested in March 2007 in Beverly Hills, California on rape and related charges. He pleaded not guilty to all charges.

The prosecutors said Jon lured women and girls to his apartment under the pretext of securing modeling jobs, some as young as 14. His defense said that the sexual activity was consensual, and that one minor who accused Jon of rape had lied about her age. On November 13, 2008, he was convicted of multiple charges including sexual assault.

In July 2009, a judge denied a request for a new trial. Jon dismissed his attorneys before his sentencing. He asked for and was granted permission to represent himself for the sentencing phase of the proceedings. On August 31, 2009, Jon was sentenced to 59 years to life.

Jon, who is a nephew of Indian classical musician and playback singer, K.J. Yesudas, has a sister, Sanjana Jon, also a designer. She has actively advocated on behalf of her brother, requesting that the Indian government intervene in his trial.

Could Kamala Harris wear a sari on inauguration day?