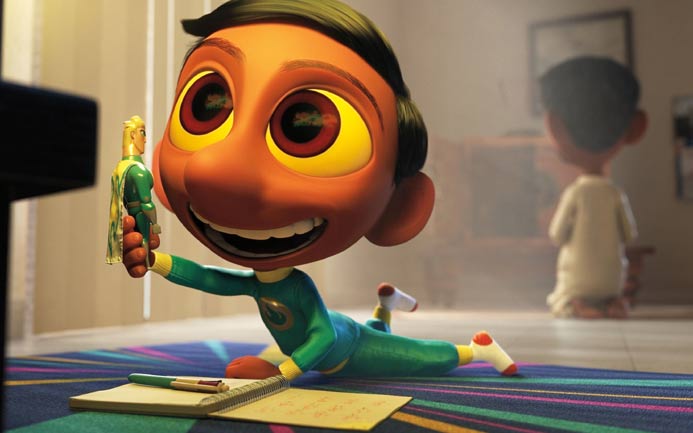 The animation short film is expected to premiere ahead of the big release of the 3D computer-animated comedy adventure film The Good Dinosaur, next month.

Sanjay’s Super Team is the debut directorial venture of Pixar animator Sanjay Patel, who through the short film, shares his childhood experiences and adoration for cartoon superheroes and his father’s religiosity.

The trailer of the short film gives an impression that the movie will be about the dichotomy of faith inside a father-son duo home, where the kid admires and instils full faith in the cartoon heroes and, on the contrary, his father rings bells, seeking god’s protection.

According to Buzzfeed India, the press preview of the seven-minute short film shows Sanjay re-imagining Hindu gods as his superheroes after his father abruptly switches off the television while the boy was intently watching a cartoon show.

This is one of the rare directorial ventures where an Indian American is utilizing his own life experience to carve an animated version of it.