REVIEW: Lahiri reveals she can master Italian too. 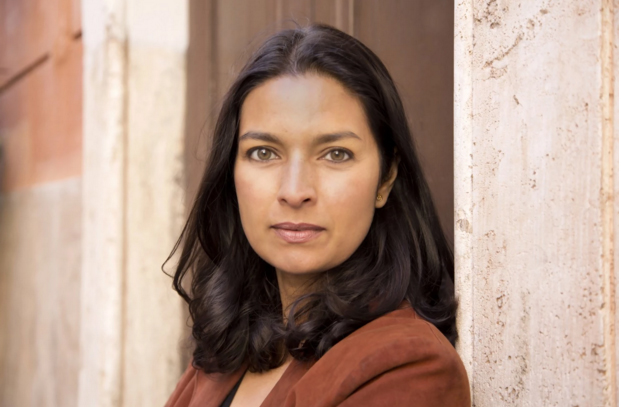 Lahiri reveals through the short, often metaphysical essays – the English translation by Goldstein, an editor for ‘The New Yorker’, on the right page, with the Italian original by Lahiri on the left – her obsessive audacity to master the Italian language. She moved with her family to Rome, in 2012. She didn’t know anybody there, yet abandoned with total conviction her glittering literary and social life in America.

From a Pulitzer-prize winning American writer – known globally for flowing, flawless, captivating prose in all her four works of fiction – Lahiri became with one definitive flight over the Atlantic, an amateur learner of a language, struggling to speak, understand, write Italian. Think of a fledgling ESL learner miserable with English.

But Lahiri did learn Italian, despite the anguish and literary tear she went through. Her essays in Italian, which trace that remarkable journey, before she emigrated back to America last year to teach creative writing at Princeton, is what her new book is about. Lahiri herself describes the book in one of her essays as a ‘linguistic autobiography, a self-portrait’.

For Lahiri, the reason to uproot herself from her comfortable life in America – just like the myriad characters in her works who are dislocated through emigration, lose a vital part of their culture, but create a brave new world – was simple enough: she fell in love with Italy, the Italian language, on trips during her student days in America. Later, she did her Ph.D. thesis on the impact of Italian architecture on British playwrights.

Here’s how Lahiri describes falling in love with Italy and Italian, in the essay ‘Love at first sight’, on a visit to Florence in 1994: ‘…It’s as if Italian were already inside me and, at the same time, completely external. It doesn’t seem like a foreign language, although I know it is. It seems strangely familiar. I recognize something, in spite of the fact that I understand almost nothing.’

Later, in the book, Lahiri gives an insight to this sub-conscious feeling of being conjoined in mysterious ways with a city and its language, alien to her. Till the age of four, she knew only Bengali, growing up in Calcutta. Then her family moved to America. She struggled with English, but eventually shed Bengali from her vocabulary. On subsequent visits to India, as an adult, she felt like a foreigner, with no authority or mastery over Bengali.

However, Bengali did leave its indelible mark on her life. She discovered that when she starts to speak Italian fluently. In one of the most self-revelatory essays about herself, ‘The Triangle’, Lahiri writes: ‘…From the phonetic point of view, I find Bengali much closer to Italian than to English. I have to admit, therefore, that in certain ways Bengali, too, accompanies me, helps me in this flight.’

She explains: ‘My first language is my origin, the last the goal. In both I feel like a child, a little clumsy. I’m scared that the pencil sides might disappear, just as a drawing can be rubbed out by an eraser. Bengali will be taken away when my parents are no longer there. It’s a language that they personify, that they embody. When they die, it will no longer be fundamental to my life.’

Baring frailties, exposing herself to criticism, by tutors, friends, strangers, is a hallmark of ‘In Other Words.’ Lahiri makes it clear, though, that to fail is natural, but to stay in control of one’s life, to harness it to fuel one’s passions, goals, should be the paramount objective. In essay after essay, the determination to conquer the Italian language, learn to perfection its grammar, nuances, usage, becomes a philosophical quest and mantra to achieve peace, and salvation of sorts.

Of course, it’s not for everybody to chuck their lives and go live elsewhere at a whim or moment’s notice. To begin life in another city, after being married and with two small children, just to learn a language, would seem stranger than fiction to some. It’s impossible for most people, not feasible.

Lahiri hardly broaches much on the domestic side of her decision to move to Italy. She describes being locked out with her bawling children soon after moving to Rome, but otherwise it seems her children are non-existent in her world of carefree walks about town, and indulgences in all things Italian.

Lahiri writes more, though, of her ire over people mistaking her good-natured Spanish-origin husband to be an Italian, treating her instead with disdain when she does speak better Italian than him. She expounds to some length the racism she encountered in America and Italy. However, she writes as if it’s an aspect of life she has come to terms with. Not an obstacle to be overcome.

For the most part, the book has the sensibilities of reading a spiritual pilgrimage of sorts, with its sanctity and moralities intact. Lahiri’s angst with English comes out as selfish at times, as like a mother abandoning her new-born child. But at other times, her love for Italian seems the act of a mother feeding her child with unquantifiable love.

The best way Lahiri describes her transformation from an American writer to a writer in Italian, is from her essay ‘The Metamorphosis’, based on Ovid’s work.

Lahiri, after she has been writing for two years in Italian, totally ignoring English, writes: ‘…I feel that I’ve been transformed, almost reborn. But the change, this new opening, is costly; like Daphne, I, too, find myself confined. I can’t move as I did before, the way I was used to moving in English. Now a new language, Italian, covers me like a kind of bark. I remain inside: trapped, relieved, uncomfortable.’