About 5 million people lived in 1 million square miles in the Valley of Indus River. 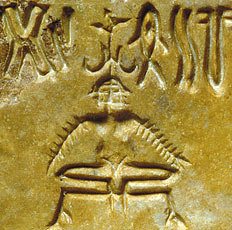 The scientists did a detailed study on pottery fragments and animal bones from the Bhirrana in Haryana using carbon dating methods. They also used ‘optically stimulated luminescence (OSL) method.’ The evidence have been published in Nature magazine.

“Based on radiocarbon ages from different trenches and levels the settlement at Bhirrana has been inferred to be the oldest in the Indian sub-continent,” read the article.

About five million people lived in one million square miles in the Valley of Indus River. The pottery and metal samples recovered from the location show the craftsmanship of the people.

“Our study pushes back the antiquity to as old as 8th millennium before present and will have major implications to the evolution of human settlements in Indian sub-continent,” Anindya Sarkar, a professor at the department of geology and geophysics at IIT Kharagpur, told International Business Times.

The Indus Valley civilization is considered as one of the oldest human settlements that have well-planned constructions. Wells were constructed to channelize water to houses and waste water was channeled into main streets.

“Increasing evidence suggest that these people shifted their crop patterns from the large-grained cereals like wheat and barley during the early part of intensified monsoon to drought-resistant species of small millets and rice in the later part of declining monsoon and thereby changed their subsistence strategy,” the scientists wrote.

Changing the crops may have led to de-urbanization as it was not necessary to have large food storage facility.

“Because these later crops generally have much lower yield, the organized large storage system of mature Harappan period was abandoned giving rise to smaller more individual household based crop processing and storage system and could act as a catalyst for the de-urbanization of the Harappan civilization rather than an abrupt collapse,” they said.