Budding scientists will now compete for $1.8 million in awards including top prize of $250,000. 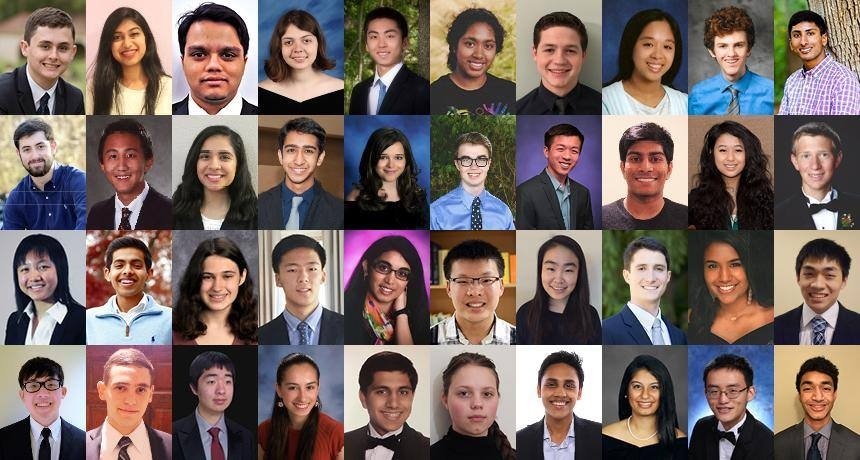 Indian American whiz kids are on a roll, continuing to make headlines in America for their sharp intellect and brilliance. Now 13 Indian-origin high school students out of 40 finalists in the highly-acclaimed Regeneron Science Talent Search are heading for the final competition next month in the nation’s capital.

Over the course of a week, March 9 to 15, the 40 budding scientists will present their innovative research projects to eminent judges, display their work to the public, meet with renowned scientists, and compete for 1.8 million in awards. Winners of the top ten awards, ranging from $40,000 to $250,000, will be announced March 14 at a formal awards gala in the National Building Museum.

Through science, the finalists have attempted to tackle compelling issues such as fighting cancer and other life-threatening diseases, combating climate change and protecting the environment, among others.

The STS, a program of Society for Science and the Public since 1942, is the nation’s oldest and most prestigious science and math competition for high school seniors.  It was formerly known as the Intel Science Talent Search (1998-2016) and earlier was supported by Westinghouse (1942-1997). Regeneron Pharmaceuticals, Inc., a leading biotechnology company headquartered in New York, took on the STS from this year when it will be giving over $3.1 million in awards. Founded by STS alumni and a true champion of science, the company has committed $100 million in funding over the next decade.

Throughout its 75 years, the criteria for selection in the STS has remained the same: students are chosen from across the nation for their scientific prowess and overall potential to become future leaders of the scientific community.

Alumni of the program have made extraordinary contributions to science and are recipients of over 100 of the world’s most prized honors in science and maths including the Nobel Prize and the National Medal of Science. In a press statement, Dr. George Yancopoulos, Founding Scientist, President and Chief Scientific Officer of Regeneron, said, “I’ve had the opportunity to meet many of my fellow Science Talent Search alumni who have gone on to become notable scientists and entrepreneurs, underscoring the critical role the program can play in launching a prominent scientific career”.

About the 40 finalists, Maya Ajmera, President and CEO of Society for Science and the Public, noted that they “are poised to be the next generation of leaders in business and academia.  Science breeds curiosity, enabling innovators to develop solutions that will help solve our world’s most pressing challenges,” she said.