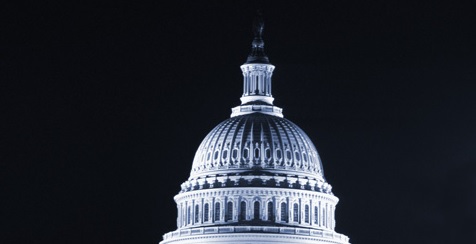 Opinion: The Executive Branch has assumed dangerous amounts of power that goes unchecked by Congress.

The Executive Branch has assumed dangerous amounts of power that goes unchecked by Congress. Our Founding Fathers crafted a Constitution that divided authority into four separate spheres of government: the Executive, the Legislative, the Judicial and the reserved powers of the individual states that form our union.

They envisioned such a fragmented and complicated diffusion of power for a reason: E Pluribus Unum — out of many, [we are] one. The president’s recent suggestion to abuse the power to declare a state of emergency in order to keep a campaign promise that “Mexico will pay for a wall” weakens congressional authority. Furthermore, it is an outright assault on our democracy: the people voted into power a House of Representatives that opposes his wall. Governing by temper tantrum is not the American way.

Republicans have often highlighted and bemoaned the expansion of federal power at the expense of states’ rights in an age where national news stories overtake the average person’s attention span. Where Republicans have been especially lax in pressing their argument for smaller government has been in the growing incongruous of power between the Legislative and Executive branches of the Federal government — especially if the occupant of the White House is a fellow Republican. This failure to remain philosophically consistent is a serious danger to our republic.

Americans deserve a government that is both “by the people and for the people.” To that end, the framers of the Constitution created a chamber of Congress that is far less insulated than any other branch of government from the will of the people: it is named the House of Representatives. Today, its membership is the most diverse in history, and more of its seats will have changed hands from Republican to Democrat than it has since the Watergate era. Now they must act to safeguard our country’s founding principles.

Democrats and Republicans must now come together to forcefully challenge Trump’s assault on our country’s founding values. Congress has made clear that funding for his wall will not be passed. They were given a fresh mandate in November to take the country in a different direction than Trump. That is why we have elections. That is why we are a democracy. Trump’s odd fascination with authoritarian leaders aside: we are a nation governed by laws, chief among those is the fact the Congress appropriates money, and the president spends it as directed and allowed by Congress. Yes, the president has some discretion in how that money is spent–but to abuse discretion is to chip away at our Constitution. What other powers does Trump intend to abuse?

Congress cannot afford to be cast as a shrinking violet when investigating human and civil rights abuses of those aspiring to become Americans by ICE agents at the behest of Donald Trump. Nor can they allow themselves to be sidelined in the face of Trump’s saber-rattling about misappropriating funds for a manufactured state of emergency on our border. Indeed, from top to bottom they must not just hold hearings but hold accountable those who have abused power and/or failed to wield it, in order protect the people of the United States of America and our Constitution.

The time is now for Congress to rise up to the task of governing as a full partner with the Trump Administration, and in the process, return their institution to its full glory under our democratic way of life.

(Hamza Khan is a syndicated columnist & Democratic Strategist based in Maryland. He is interviewed frequently by ABC affiliates, Al Jazeera, Al Arabiya, Fox News & Fox Business for his perspectives on US politics. Visit his website www.hamzakhan.me and follow him on Twitter: @hamzaskhan)

America the Beautiful: Saturday marks beginning of a movement to reject hateful and vile rhetoric against women (January 22, 2017)

Despite sliding poll numbers, Hillary Clinton still has most paths to victory (September 20, 2016)