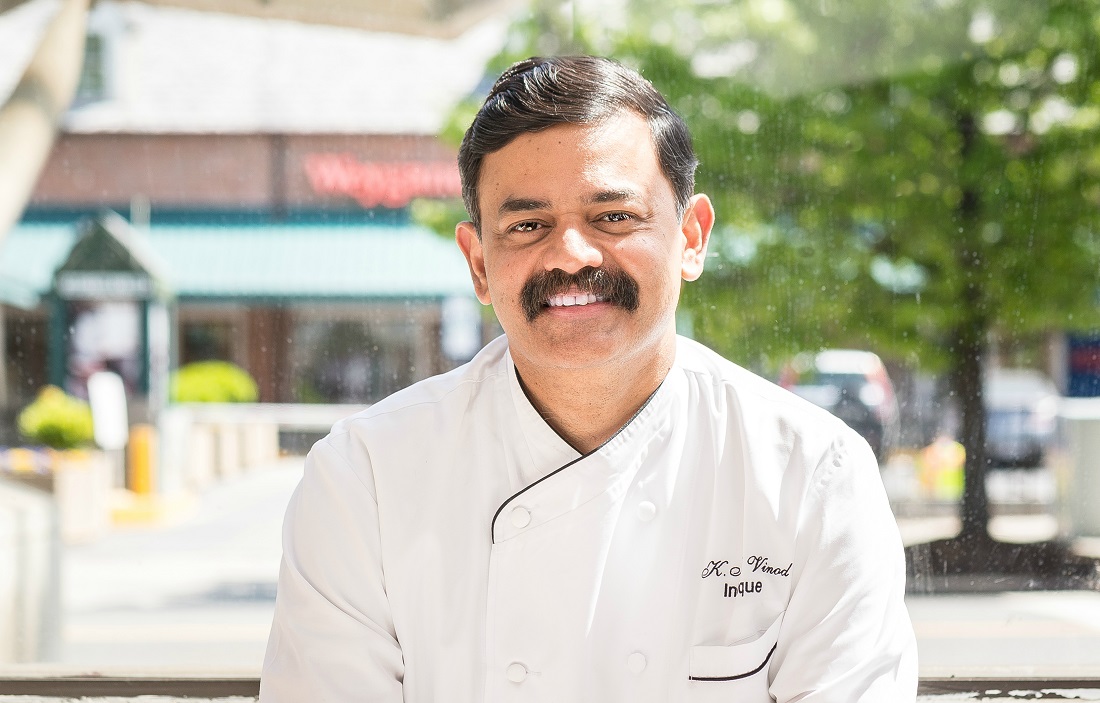 The dish, which is a tribute to chef’s hometown of Kerala, India, has been chosen among the top 10 in a national sous-vide contest.

As neo-Indian cuisine continues to make its mark in the West with its classic meets contemporary pairings, looks like D.C.-based chef K.N. Vinod is out to prove that Indian food fits just right in on the world gourmet tables.

Sous-vide, which stands for “under vacuum” in French, is a method of cooking in which food is slow cooked in precise temperatures.

January 26 is celebrated as the International Sous-Vide Day, as it is the birthday of the father of modern sous-vide Dr Bruno Goussault.

To mark the occasion a nationwide contest, Next Sous-Vide Tastemaker, is being organized by Cuisine Solutions, one of the largest sous-vide companies, in collaboration with the Embassy of France. The organizers invited entries from people from all across America to share their sous-vide recipes. The top ten finalists from all the entries were picked by a panel of judges and were announced on January 21. They are now competing for top slot. The winner, based on judges votes and public votes, will be announced on February 1.

Chef Vinod, who runs the mega popular Indique in Washington and Bombay Bistro in Rockville, MD, is ecstatic about securing a spot amongst top 10 in the contest.

In an interview with the American Bazaar, he explained why, his dish is even more significant for him. “I decided to participate with my Kerala Shepherd’s Pie as it is a great way to showcase our Indian cuisine in a contemporary way,” he said. “I encourage all Indian chefs to participate in events and contests such as these to showcase the vibrancy of Indian cuisine.”

The chef, who has served as a host to many dignitaries and global leaders, also says, “It’s time to wipe out the myths about Indian cuisine and take it to another level.”

Explaining his dish, the chef says, “Shepard’s Pie is a classic dish made with lamb and potatoes. I gave it my own twist by using ingredients that I grew up with in Kerala. Lamb was cooked in an immersion circulator and the dish was garnished with a poached egg also cooked in immersion circulator at a precise temperature for an hour resulting in a beautiful poached curry.”

Garnished with a fried curry leaf, the dish is a perfect tribute to Kerala cuisine and its modern interpretation.

For the celebration of the International sous-vide Day, the organizers are looking for a stunning sous-vide recipe that showcases creativity and respect for ingredients. The winner gets to go to Paris and attend a class at Culinary Research and Education Academy and a dinner with the master of sous-vide Dr Goussault himself at a Michelin star restaurant.