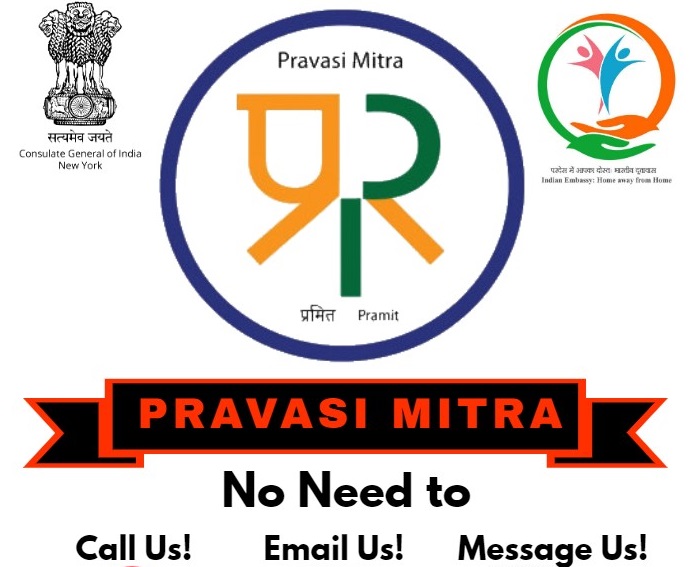 The new service, Pramit, is a helpline to ensure that queries to the consulate are directed to the right places in the most efficient manner.

The Consulate General of India in New York has launched a new portal to streamline queries related to passport, visa and a number of other consular services.

The new portal is named “Pramit”— a shot form for “Pravasi Mitr,” which roughly means “friend of the diaspora.” The consulate says, Pramit, just like its name, intends to be a friendly medium that can answer thousands of queries directed towards the mission in the most efficient way.

Anyone submitting a query on the website, will get a case number. Using that number, one can also check the status.

The consulate has one of the largest the largest jurisdictions of all Indian missions in the United States. Because of the sheer number of people trying to contact the consulate on a daily basis, many callers have to either wait in line for their turn for a long time, or have to email and then wait for a response.

The new medium, the consulate says, will shorten the wait time, while also ensuring that the queries are directed to the right places in the most efficient manner.

Any US resident — whether a citizen of Indian, the United States or any country — who may have any questions pertaining to Indian travel, passport, visa, commerce, education or any general query, can make use of Pramit, according to the consulate.

India streamlines passport delivery at its embassy and consulates in US (November 25, 2018)

Cox and Kings Global Services to handle Indian passport services in US (April 19, 2016)