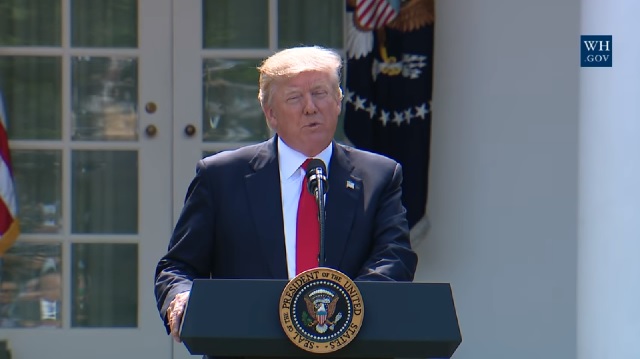 Many share their childhood experience of having been told “Go back to where you came from.”

President Donald Trump, under fire for his racist remarks Sunday asking four Democratic women representatives to “Go Back” to their countries, triggered further shock and outrage on Monday morning reiterating his ridicule and shrugging off their protests.

Trump kicked off the race row with his tweet Sunday asking the progressive Democratic congresswomen, “who originally came from countries whose governments are a complete and total catastrophe” to “go back and help fix the totally broken and crime infested places from which they came.”

….and viciously telling the people of the United States, the greatest and most powerful Nation on earth, how our government is to be run. Why don’t they go back and help fix the totally broken and crime infested places from which they came. Then come back and show us how….

Social media was set on storm with millions anguished and deeply upset.

“A lot of people love it by the way,” Trump shrugged it off a day later, amid widespread protests.

The four women congresswomen targeted by Trump are Alexandria Ocasio-Cortez of New York, Rashida Tlaib of Michigan, Ilhan Omar of Minnesota and Ayanna Presley of Massachusetts, all US citizens. Except Omar, a Somalia-born and naturalized US citizen, others were born in the United States.

Repulsed by the remarks, a bevy of Indian Americans, including members of Congress, joined the chorus denouncing the president’s rhetoric.

Washington Democrat Pramila Jayapal didn’t mince words on Monday night, appearing on CNN’s Anderson Cooper 360. “This is a racist, vile, xenophobic ploy to speak to, I think, a small part of his base,” she said. “This has been his playbook all along. Personalize, attack and now he is even saying, if you dissent, somehow you should go back to your country, if you criticize the country. I think dissent is patriotic.”

Earlier, Jayapal, who was born in India, tweeted in support of a congressional censure of Trump. Retweeting fellow Democrat Steve Cohen’s call for such an action, she wrote: “Yes, Trump must be censured for his racist tweets. He. Is. A. Racist. And he does not deserve to be in the White House. Thank you @RepCohen for sponsoring this resolution.”

Presidential hopeful Sen Kamala Harris, hours after introducing the first ever National Domestic Workers Bill of Rights to ensure domestic workers, mostly women or people of color, expressed her solidarity with the four representatives. “Proud to serve in Congress with these women. We have to remember that the strength of our union is our diversity. That is always our power.”

California Democrat Ro Khanna tweeted: “Trump’s tweets revealed an ignorance about American history and the meaning of our founding. The best reply is Lincoln’s 1858 July 4th speech: If you believe in equality and liberty, you are ‘flesh of the flesh and blood of the blood’ of the American founders.”

Fellow Democrat Raja Krishnamoorthi, representing Illinois’ 8th Congressional District, said: “Mr. President, you’re saying that about Members of Congress, they are American citizens and this is their country too. Do you think it’s not their government for the same reason you assumed they “originally came from” somewhere else which must be awful? Who do you think ‘us’ is?”

Many Indian Americans also shared their  childhood experience of having been told “Go back to where you came from.”

Actress Tiya Sarcar, who grew up as an Indian American kid in Texas in the 1990s, was one of them. She tweeted: “I heard ‘go back to where you came from’ on more than one occasion. On numerous occasions throughout my life, I’ve had people ask me where I’m from. And when my answer– “Arlington, TX”– isn’t satisfactory. We learn to deal with microaggressions like ‘but where are you REALLY from?’ and we learn to deal with outright bigotry and racism.”

Recollecting another incident, she said a few years after 9/11, while celebrating New Year’s Eve in Austin, a group of young white men screamed “why don’t you go fly a plane into some buildings, you f’n camel jockey” to her then-boyfriend, who happened to also be an Indian American.

But to have the President of the United States tell a woman of color, born and raised in the USA,  duly-elected to Congress, to go back to where she came from, all because she doesn’t agree with his policies is a new low, wrote Sircar, who starred in the recently released Netflix film Good Sam.

Celebrity chef Padma Lakshmi wrote: “‘Go back to your country’ is a taunt immigrant kids hear on the playground, it’s a threat I get from unhinged people in my DMs, and it’s also something the President of the United States says to strong women of color who oppose him.”

She followed up with another tweet: “It’s rooted in centuries of ignorance, violence and white supremacy. This man does not represent us. And in 2020 we will vote him the f**k out.”

Preet Bharara, an Indian American who was fired by Trump as a US attorney, tweeted: “I’ve on occasion been told: go back to where you came from. I declined because I’m as American as anyone born in the USA. And I will speak my mind as I see fit.”

Neal Katyal, a Supreme Court lawyer and former Acting Solicitor General, shared his experience: “I spoke personally today about hearing “go back to your country” ever since I was 3 yrs old. Still get it to this day (almost every day). I’m here!”

Sandhya Menon, a New York Times bestselling author, responded to Trump with a warm hug for all. “Hi, If you need a hug today after you-know-who tweeted you-know-what, imagine me hugging you. You’re here and I see you. We’re bigger and stronger than their hatred and we’re not going anywhere.” She just added a tweak to her response saying, “Saunters off to write more happy, brown books.”