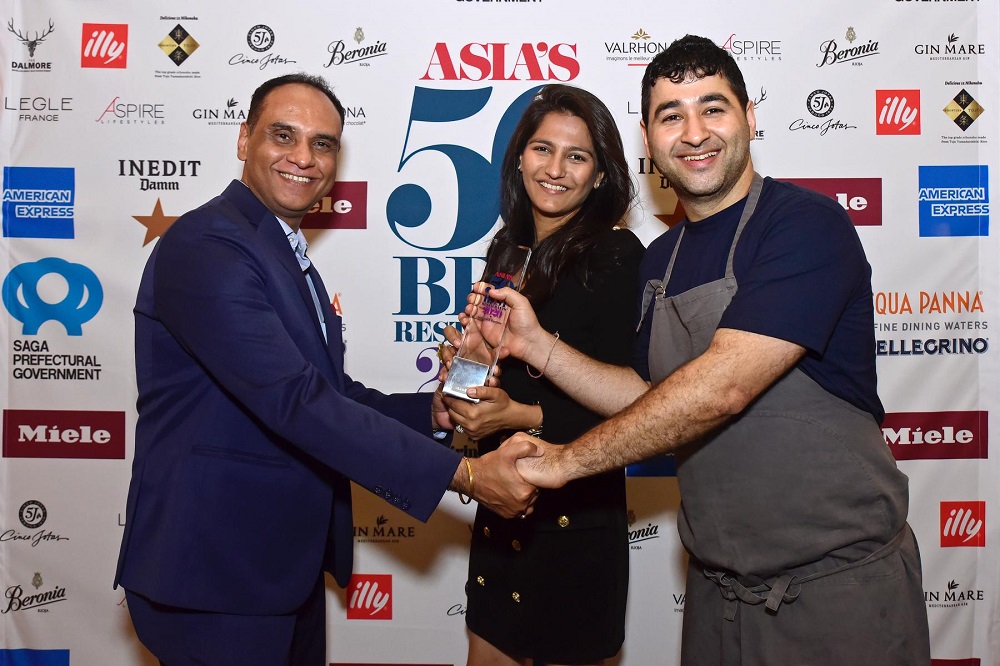 Prateek Sadhu went to the Culinary Institute of America to train, graduating with double Gold medals, before launching ‘Masque’, a  fine dining restaurant in Mumbai in 2016 with Aditi Dugar.

Now his go to place has become the first Indian restaurant to win the prestigious “The Miele One To Watch” award at Asia’s 50 Best Restaurants.

The award is presented to a restaurant that is external of the Asia’s 50 Best list, but is recognized as a growing star of the region.

Masque differentiates itself as the first fine-dining, farm-to-table restaurant to familiarize the tasting menu-only concept to India.

“The ingredient driven menu acmes the variety and excellence of India’s indigenous products while the imaginative presentation, fresh blends and sweeping approach to gastronomic ethnicities point to Chef Sadhu’s enlightened vision,” he says.

For Sadhu farmers have been his real heroes. Hence he feels responsible to ensure that he does justice to the ingredients.

“I was fortunate to have a farmer friend in Bangalore who then connected me to another two farmers in Uttarakhand,” says the Executive Chef & Co owner.

“Gradually the chain grew, and we travelled around the country meeting with them; some we no longer work with, many of them we still do.”

“For the most part, we’re still in touch with most of them, and they will call us with updates about what’s available through the seasons,” he says.

“Developing a level of trust with them is what makes it work,” says Sadhu.

“The point of traveling to meet with them was to understand what, how and when they grow their crops. We learn a lot from them.”

The dynamic is more one of communicating what produce they can give us, when, and in what quantities – at no point are we telling them what to do”, says Sadhu.