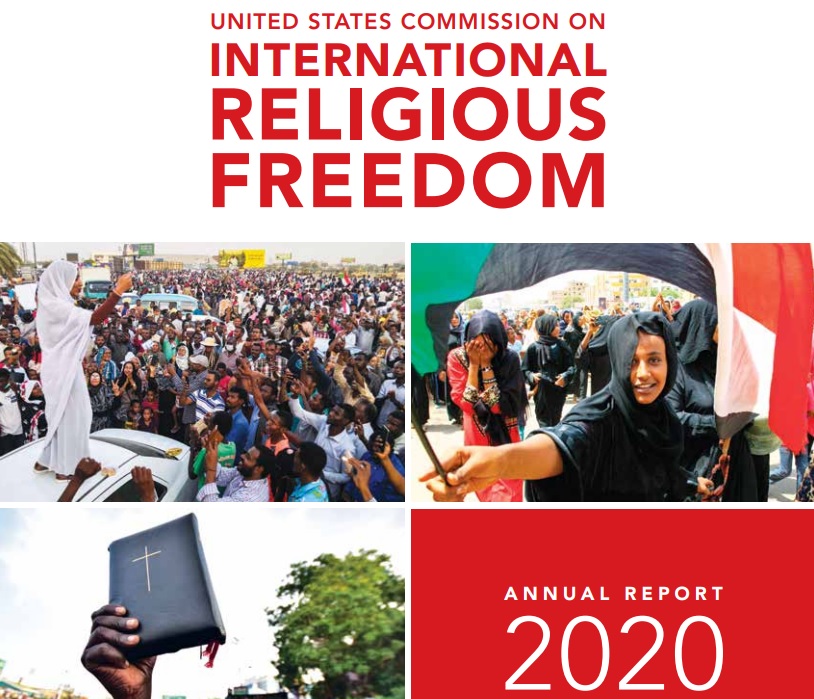 New Delhi rejects the report, accusing it of “misrepresentation.”

WASHINGTON, DC:  Saying that religious minorities in the country are under increasing assault, the United States Commission on International Religious Freedom has urged the Department of State to place India among the worst violators of religious freedom in the world.

In its 2020 annual report, which was released in Washington on Tuesday, USCIRF recommended designating India as a “country of particular concern,” along with 13 other nations. Nine of these states — Burma, China, Eritrea, Iran, North Korea, Pakistan, Saudi Arabia, Tajikistan, and Turkmenistan — are currently designated by the State Department as “countries of particular concern.”

The USCIRF, established by the Congress “to monitor, analyze and report on threats to religious freedom abroad,” recommended adding India, Nigeria, Russia, Syria and Vietnam to the list.

“The national government used its strengthened parliamentary majority to institute national-level policies violating religious freedom across India, especially for Muslims,” the report said. “Most notably, it enacted the Citizenship (Amendment) Act, which provides a fast track to Indian citizenship for non-Muslim migrants from Afghanistan, Bangladesh, and Pakistan already residing in India. According to government officials’ statements, this law is meant to provide protection for listed non-Muslim religious communities — but not for Muslims — against exclusion from a nationwide National Register of Citizens and the resulting detention, deportation, and potential statelessness.”

The commission also said “national and various state governments also allowed nationwide campaigns of harassment and violence against religious minorities to continue with impunity, and engaged in and tolerated hate speech and incitement to violence against them.”

The report called for imposing “targeted sanctions on Indian government agencies and officials responsible for severe violations of religious freedom by freezing those individuals’ assets and/or barring their entry into the United States under human rights-related financial and visa authorities, citing specific religious freedom violations.”

In New Delhi, an official spokesperson of India’s Ministry of External Affairs rejected the USCIRF conclusion. “We reject the observations on India in the USCIRF Annual Report,” said Anurag Srivastava. “Its biased and tendentious comments against India are not new. But on this occasion, its misrepresentation has reached new levels. It has not been able to carry its own Commissioners in its endeavor. We regard it as an organization of particular concern and will treat it accordingly.”

He was referring to dissenting notes by two of the USCIRF commissioners.

Gary Bauer, a former Reagan administration official, and Tenzin Dorjee, an associate professor at University of California, Santa Barbara, strongly objected to placing India in the same category along with countries such as China and North Korea, which have long been known as gross violators of human rights.

“I must dissent from the decision of my fellow Commissioners to recommend India, the world’s largest democracy, for designation as a “country of particular concern,” or CPC, placing India in a gallery of rogue nations in which it does not belong,” Bauer, who was nominated to commission by President Trump said.

A third commission, Johnnie Moore, another Trump appointee, said he was “gravely concerned that political and inter-communal strife will be further exacerbated by religious tensions” in India, yet he is “also heartened that India remains the world’s largest democracy, governed by a pristine constitution, and I am also encouraged that this great nation is a tremendous friend and ally of the United States.”

“As a part of the Indian diaspora that only wishes well for the country of our birth, we view international criticism of India’s religious freedom record as distressing but painfully necessary, given the escalating level of persecution of minorities,”  said Ahsan Khan, president of the Indian American Muslim Council, an advocacy group based in Morton Grove, IL. “India being categorized as a top violator of religious freedoms while unfortunate, is expected and justified. We hope this report as well as recent concerns expressed by other countries, mark a turning point in the treatment of religious minorities as well as the caste oppressed in India.”