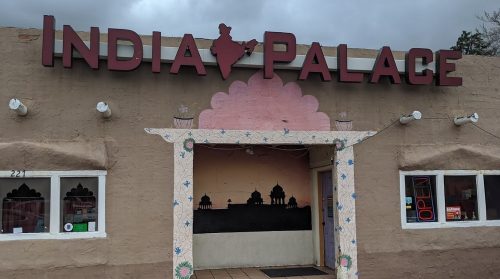 A Sikh-American owned Indian restaurant in New Mexico’s capital Santa Fe allegedly vandalized by white supremacists Sunday night is being investigated by the police as a hate crime, according to local media reports.

The FBI has also offered its assistance with the investigation into unlawful entry, criminal damage and vandalism as owner Bajit Singh had made a report with the FBI  shortly after discovering the crime, according to Santa Fe Reporter.

When Bajit Singh walked into his India Palace restaurant to prepare for a busy dinner service Monday afternoon, he found his restaurant destroyed and racial slurs graffitied all over the walls,

“I walked into the kitchen, I saw everything and I was like, hold on, what? What is going on here?” he told the newspaper.

“White power,” “Trump 2020,” “go home,” and far worse were spray-painted on walls, doors, counters and any other available surface. Some phrases contained threats of violence and derogatory racial slurs.

Tables were overturned, glassware was smashed into piles on the floor. The wine racks were emptied, a statue of a goddess was beheaded and computers were stolen.

Food warmers were turned over and destroyed. The front desk area was gutted, plates smashed and the kitchen rendered completely unusable.

“I’ve never seen this before, this is the first time,” said Singh, who has owned the restaurant, which only recently reopened, since 2013.

The Santa Fe Police Department is investigating the incident as a hate crime, the newspaper said.

“This case has been classified as a hate crime, and the Santa Fe Police Department is aggressively pursuing those responsible for this disgusting display of hatred and intolerance,” it said citing a news release issued Tuesday afternoon.

Santa Fe Mayor Alan Webber posted a statement on social media on Monday decrying the attack. “This hate crime is sickening and appalling,” he wrote.

“We need to stand up as a community and denounce this despicable act. We will find whoever did it and punish them to the full extent of the law. We absolutely reject racism, intolerance, and hate.”

“I spoke to Mr. Singh this morning and let him know that our community is with him. We will not stand for such hatred in New Mexico,” she was quoted as saying.

Santa Feans have started at least five separate crowdfunding efforts to accept donations for the restaurant’s recovery, according to Santa Fe Reporter

Singh family members told SFR Tuesday, they had began reaching out to fund organizers to collect the donations, but did not yet have an official fund of their own set up.