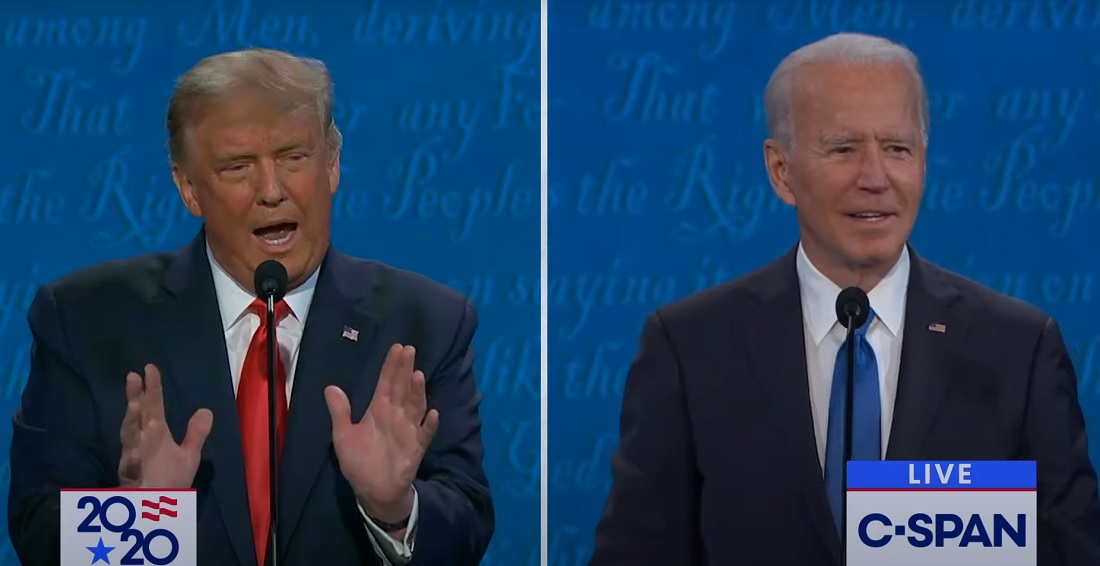 President Donald Trump took a side swipe at India calling it “filthy” at a literary muted presidential debate where foreign policy issues took a back seat only to run into rough weather in a friendly nation.

“Look at India, it’s filthy,” said Trump during a heated exchange with his Democratic challenger Joe Biden on climate change during the second and last debate in Nashville, Tennessee, Thursday.

“Look at China, how filthy it is. Look at Russia, look at – India, it’s so filthy, the air is filthy,” Trump said explaining why he took the US out of the Paris accord.

“We were going to have to spend trillions of dollars, and we were treated very unfairly when they put us in there,” he said, “they were going to take away our business.”

Trump has made a similar argument in the past saying India and China got a sweeter deal under the Paris Accord.

Claiming his administration had done “an incredible job environmentally”, he criticized renewable energy sources, claiming that windmills are too expensive and kill birds and that solar energy isn’t powerful enough.

Trump’s comment was quickly picked up by Indian media, and on Twitter, where there was outrage from some Indians, who pointed to Prime Minister Narendra Modi’s strong embrace of Trump, only to have his country maligned on a global stage.

“Totally unacceptable. Is this why BJP organized ‘Namaste Trump’ so that he can go back & call our beautiful nation ‘filthy’?”

On the topic of immigration policy, Biden acknowledged that he and former President Barack Obama “made a mistake” in failing to achieve comprehensive immigration reform.

“We made a mistake. It took too long to get it right,” said the former vice president when asked about large scale deportations and family detentions during the Obama administration.

Biden said that in his first 100 days he would propose immigration legislation that provides a pathway to citizenship for the roughly 11 million undocumented immigrants living in the US.

He also noted that he would “immediately” re-certify people who are protected under the Deferred Action for Childhood Arrivals(DACA) program — which Trump has fought to end — and put them on a path to citizenship.

Trump, on his part, went after Biden and Obama for creating detention facilities for undocumented immigrants in the first place.\

“Who made the cages, Joe,” Trump asked and mocked the Obama administration’s “catch and release” policy, which allowed undocumented immigrants to self-report for immigration court hearings.

Only immigrants with the “lowest IQ” would voluntarily report for a court hearing, he said.

Trump who has touted tougher immigration enforcement policies, including ever new restrictions on H-1B and other work visas, however, did not say anything about his own plan for merit-based immigration.

Trump also repeatedly questioned why Biden did not act on key issues during his decades in the Senate and said a Biden administration would increase taxes and raise regulations.

Biden’s Indian American running mate Kamala Harris tweeted with an appeal for money: “Tonight, @JoeBiden not only won the debate a” he took a stand against Trump and all of the harm this administration has caused. Join us in this fight by adding a donation.”