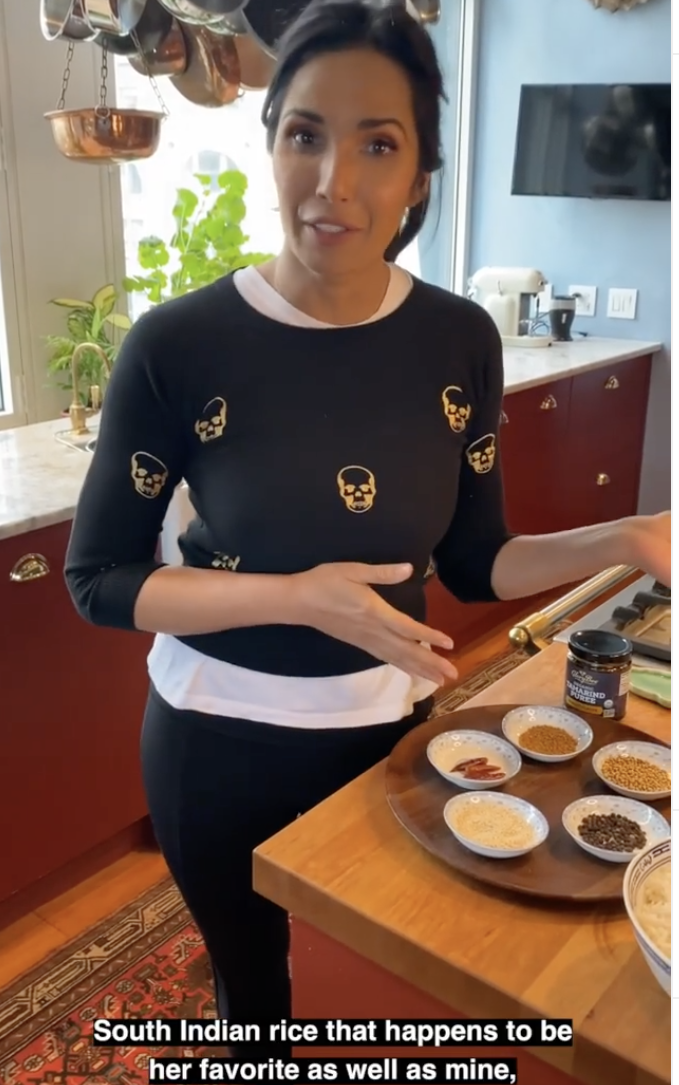 From cakes to cartoons, here’s how the world welcomed the new president and vice president.

As America’s newly elected President Joe Biden and first woman Vice President Kamala Harris took their oaths, the spectacle of a ceremony took the world by storm. And as expected, to mark the occasion, the reactions from across the globe weren’t any less spectacular.

From cakes to cartoons to artworks, not just Americans but the world at large found unique mediums to raise a toast to the new commander-in-chief and his second in command. Here are a few samples:

Indian American cook book author and TV host Padma Lakshmi dished a Jamaican jerk chicken from her home kitchen in honor of madam vice president. A day after the inaugural ceremony, she posted a short video of her recipe for the dish on social media, as a mark of respect for the new VP’s Jamaican roots. Lakshmi also posted a video of Tamarind Rice focusing on Harris’ South Indian roots. The fact that American Lakshmi chose to highlight the Jamaican part of Harris’ heritage, along with her South Indian connection, are powerful testimonials about the sense of inclusiveness that America has embraced.

Trump’s ouster from the office saw rave reactions in Europe, too. Portugal-based award-winning cartoonist Vasco Gargalo, known for his peace-promoting cartoons often featuring Trump, created yet another cartoon. The new one shows Trump being sent off a bazooka by Harris and Biden. Gargalo told the American Bazaar from Portugal that the cartoon is self-explanatory, “It needs no words,” said the artist about his latest work that is creating ripples online.

“We did it Joe” cake

Atlanta-based bakery Caked By Petite created a masterpiece of a cake celebrating the inauguration day. The tiered cake in the colors of American flag featured cut-outs of Biden and Harris. It also had the vice president’s now-famous first words to Biden after the election results — “We did it Joe” — emblazoned on with the goodness of butter cream. The cake made by the popular bakery was for a client who was celebrating the inauguration day with a party. Speaking to the American Bazaar, Ashley Patrick, owner of Caked by Petite, said: “Creating this 3-tiered custom cake felt incredible. It was not only a historic moment for our country, but a historic moment for myself – as I am an African American woman.” 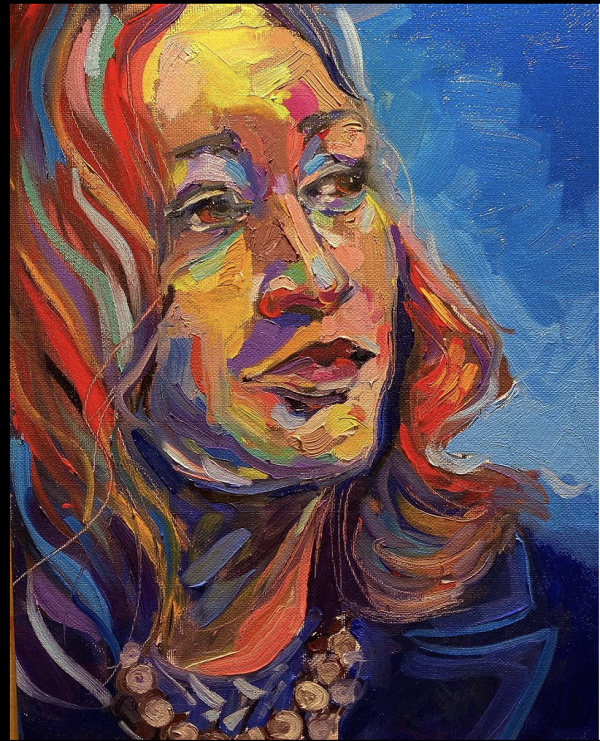 Kamala on a canvas by artist Sally Dean

Marshfield, Massachusetts, -based artist Sally Dean painted a stunning oil on canvas of Kamala Harris. Talking about her work marking the inauguration day, she said: “Today I painted, what moved me.” 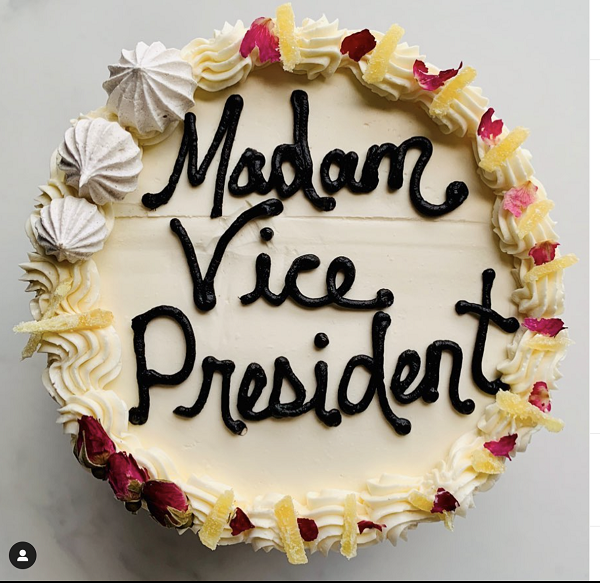 Jennifer Hernandez, a pastry chef and recipe developer based in Saratoga Springs, New York, marked the inauguration by calling it a new day and creating a “yummylicious” cake that finally said the words millions of Americans had been waiting to hear, “Madam Vice President.” She also wrote about her cake: “I honestly did not know if I would see this in my lifetime. I am so grateful to witness it. First woman vice president. First black vice president. First South Asian vice president.” 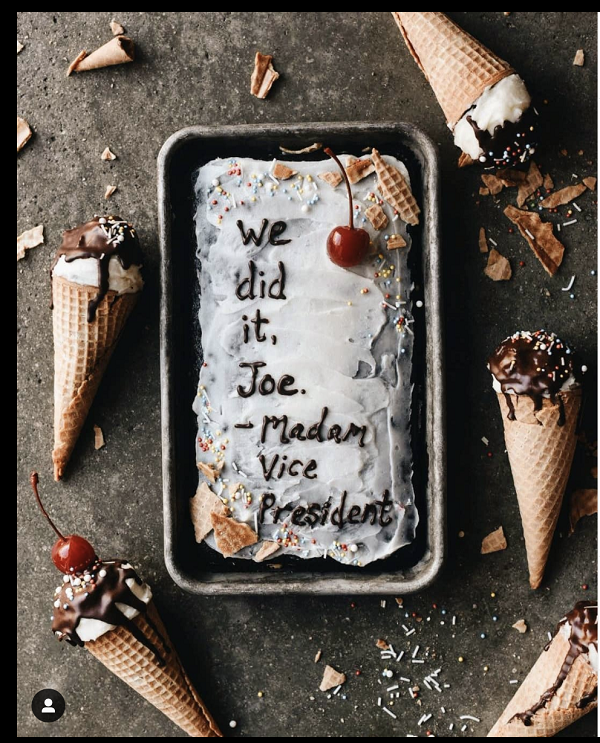 North Carolina-based food researcher Katherine Hysmith piped out the words, “We did it, Joe,” — Madam Vice President on a sprinkled cake. She wrote about her creation: “We heard it so many times today, but dang did it feel good to pipe out Madam Vice President on this cake.” Ice cream cone cupcakes for Biden and all the celebratory toppings and sprinkles in honor of our new and first ever MVP. We did it, now let’s get to work.” The food artist is known for fusing food with history and had recently done an Impeach Trump Now cake.