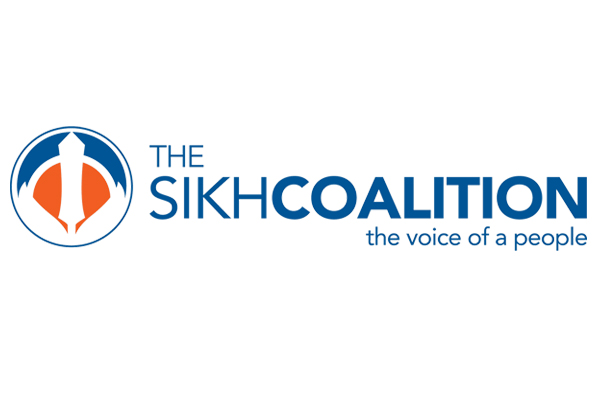 The letter asks the Biden administration to condemn violence by Indian authorities against protesters.

The letter to the White House urges President Biden to condemn violence against the protesters. It asks the new administration to hold the government of Prime Minister Narendra Modi accountable to its citizens’ civil rights, including the right to peaceful protest.

Farmers have been protesting against three farming-related laws passed by the Indian parliament since last August. In the past few months, many farmers from Punjab and Haryana began marching toward Delhi to force the government to withdraw the laws that they consider are existential threat to their livelihood.

On January 26, the protesting farmers staged a “Republic Day parade” on their tractors. Upon entering Delhi, clashes erupted between police and protesters in various parts of Delhi, including the historic Red Fort, the venue where the prime minister of India addresses the nation on the country’s Independence Day.

The Sikh Coalition blamed the government for the violence.

“Though the rally organizers were clear that the mass rally will continue to remain peaceful, violence broke out in certain stretches of the protests on January 26.9 Organizers report being blocked by unexpected government barricades, unable to redirect the protesters,” the letter states. “There are predictably conflicting reports about who instigated clashes, but what’s indisputable is that the Indian government suspended internet services, put up unexpected barricades, and proceeded to use force.”

This is the second letter that the organization has sent to the Biden administration; the first one was sent on the very first day of the administration.

Release a statement condemning both the violence by Indian authorities against the protesters as well as the Indian government’s efforts to stifle freedom of expression by shutting down the internet;

Direct the State Department to monitor the increasing number of Indian government sanctioned-retaliatory actions against farmers, protesters, and others, including unwarranted investigations, charges, and arrests; and

Take actionable efforts to hold Prime Minister Modi and other government officials accountable for their past and ongoing human rights abuses, including the severe policies and measures that continue to fail to protect the equal rights of minorities in India.

Founded in 2001, the Coalition is the largest Sikh American advocacy group in the United States.

The group and other organizations sympathetic to the farmers’ cause have organized a number of protests across the United States. Several US lawmakers, including Indian American Rep. Pramila Jayapal, had written to former Secretary of State Mike Pompeo condemning the treatment of protesting farmers.

The government of India has, however, defended the farm laws saying that they were intended to double farmer’s incomes and expand agricultural market.

Here is the full text of  Sikh Coalition’s letter to Biden:

Dear Mr. President: In response to yesterday’s mass rally in Delhi, India, by tens of thousands of Indian farmers that left hundreds injured and at least one dead,1 we wanted to follow up on our January 21, 2021 letter to ensure that you are fully aware of the ongoing volatile crisis. In light of the most recent events and the increasing probability of greater future violence, it is imperative that your administration hold Prime Minister Modi’s government accountable for ensuring its citizens’ most basic human and civil rights, including that of peaceful protest. Agriculture is the primary source of livelihood for over half of India’s population,2 and more than 85% are farming on five acres or less.3 Since September, farmers from Punjab, Haryana, and across India have been courageously protesting Indian Prime Minister Modi’s rushed passage of three agricultural laws.4 These laws drastically deregulate the agriculture sector without any significant protections for farmers, giving corporate entrants unprecedented control over India’s food supply and further devastating the majority of India’s small farmers.5 For farmers who have been suffering the unbearable financial consequences of an Indian government that has ignored their ecological and economic plight for decades (exemplified by thousands of debt-induced suicides a year), these draconian laws are the final blow.6 Up to a million Indians have been peacefully protesting on the borders of Delhi since Thanksgiving.

Despite the winter cold and desperate conditions that have now cost the lives of well more than one hundred protestors, the farmers remain resolute. As they continue to engage in good faith, the farmers’ resolve to repeal the laws is in an effort towards critical agricultural reform that serves the interests of farmers and laborers and not just corporate entities. Further, they know that these laws will prevent their ability to protect their rights, as judicial jurisdiction has been removed through these new bills.7 Their thinking is simple: I might die protesting for my family’s rights today, but I will be disenfranchised and bonded to labor under large monopolies that benefit only corporations if these new laws apply to my livelihood tomorrow. While the protests have remained peaceful, the response from the Indian government and security forces from the beginning has not. Attempts to squash the peaceful protests have included blockades, the destruction of roads, the use of water cannons and tear gas, and other forms of violence.8 The government’s violent response has escalated whenever additional citizens show support in their home states and attempt to join the protestors on the outskirts of Delhi. Though the rally organizers were clear that the mass rally will continue to remain peaceful, violence broke out in certain stretches of the protests on January 26.9 Organizers report being blocked by unexpected government barricades, unable to redirect the protestors. There are predictably conflicting reports about who instigated clashes, but what’s indisputable is that the Indian government suspended internet services, put up unexpected barricades, and proceeded to use force–including tear gas and batons to beat the protestors–leaving at least one dead and hundreds injured. There was no rioting, looting, or damage to private property or persons, and organizers have publicly condemned any violence. However, the Indian government has every incentive for the protestors to be perceived as the catalyzing force behind the escalation, whereas protest organizers have directly implicated the Indian government in sponsoring agitators to incite the violence.10 Moreover, the government and its intelligence services are suppressing and intimidating supporters and aid organizations through issuing indiscriminate and vague legal notices.

This follows a pattern of the Modi government’s suppression of the human rights of marginalized communities, which has also included financially paralyzing nonprofit organizations, exemplified when Amnesty International was forced to shut offices across India last year. Meanwhile, Indian media, which ranks 142nd on the global press freedom index, continues to attempt to falsely frame these protestors as extremists or terrorists, while the support for the farmers across the country and world swells.

The recent notice to suspend internet services is another attempt to silence both the protesters and free press. The close to a million protestors once again remain blocked outside of their own capital by barbed wire and surrounded by armed paramilitary forces, and the demonstrated use of force by the Indian government is dramatically increasing. Reports from activists on the ground via social media indicate that security forces are presently using force to eradicate numerous encampments of protestors. We urged the White House to issue a statement in advance of the January 26 protest that reminded the Indian government that the world is watching, and that the right to peacefully assemble and protest is an essential part of every democracy and it must not be met by government-sanctioned violence or intimidation in any form. We strongly urge you to now condemn the recent acts of violence against the protestors–including the malevolent act of shutting off the internet, which is an often used government-sponsored attempt to silence dissent. We also urge the State Department to closely monitor the alarming frequency and severity of Indian government sanctioned-retaliation in response to democratically protected dissent. This should include the unwarranted investigations, charges, and arrests made against the farmers, protestors, and those who support the movement. And finally, building off President Obama’s February 2015 remarks regarding India’s abysmal record protecting religious rights, we strongly encourage the Biden Administration to take actionable efforts to hold Prime Minister Modi’s government accountable for their past and

As President-Elect, you issued a statement on International Human Rights Day that promised to “stand with human rights defenders here in the United States and the world over as we put universal rights and strengthening democracy at the center of our efforts to meet the challenges of the 21st century.”

This priority has never felt more necessary domestically than it does so now. As you work to demonstrate this leadership at home, the human rights crisis in India is an immediate and necessary opportunity to re-establish that leadership abroad.