Parameswaran Iyer, who led the implementation of the Swachh Bharat Mission, speaks about the sanitation revolution, as well as his recent book, “Method in the Madness.”

Change is hard. Lasting, systemic change is even harder. Lasting change, in one of the world’s most complex socio-cultural milieus, with a population of over 1.3 billion, is even tough to fathom, let alone execute. It was this kind of a transformative endeavor of mammoth proportions that former Secretary to the Government of India Parameswaran Iyer led, making the Swachh Bharat Mission the world’s largest sanitation revolution.  His book title “Method in the Madness” says it all. It takes a very different kind of madness, or drive, to embark on such a journey and realize its goals. Iyer, who now serves as the Global Lead (Strategic Initiatives) in the World Bank’s Water Practice, recently spoke with Venky Raghavendra about his journey, the power behind a people’s movement, his book and advice for future changemakers.

Venky Raghavendra: It is not easy to move the needle on any social issue.  But you and your team took on a very complex issue of better sanitation situation across India and brought about a national transformation.  Looking back, how does that feel and what was it that clicked?

Parameswaran Iyer: There is a feeling of satisfaction at having been involved in a transformational national flagship program like the Swachh Bharat Mission (SBM), which succeeded in changing the behavior of over 500 million people in rural India and transformed their lives, especially those of women and girls. It truly became a jan andolan, a people’s movement, akin to a sanitation revolution. As you rightly said, moving the needle on social issues often proves challenging and elusive. The four critical factors which clicked for the SBM were what we call the 4Ps.

As recently as early February, I travelled across the districts of Karnataka engaging with communities on the issue of safe water.  I can now see the ripple effect or trickle down impact of the Swachh Bharat Mission.  This is true of many other parts of the country as well.  How do you see this impact sustaining over the years? 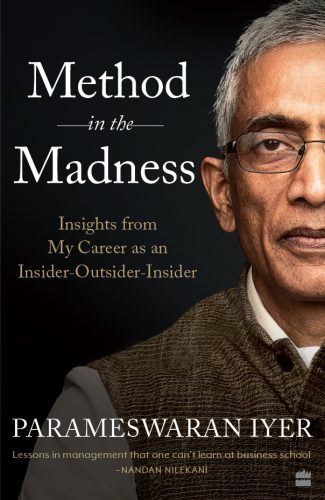 Based on the earlier experience of sanitation programs in India as well as globally, we knew that sustaining the behavior change of toilet usage would be as challenging as achieving universal access to sanitation. Old habits die hard and open defecation is a habit that goes back generations. It was key that all stakeholders continued their efforts to sustain safe sanitation practices, and also ensured that gaps, if any, were plugged and that no one was left behind. Systems were therefore developed to ensure sustainability, including continuation of the communication campaign, capacity building at the local and community levels and incentivising key stakeholders.

SBM Phase 2 was approved by the Union Cabinet in early 2020, and this makes the transition from ODF to ODF Plus, and which consists of two main tracks: ODF Sustainability (ODF-S) and Solid and Liquid Waste Management (SLWM). ODF-S includes sustaining behavior change for safe sanitation, leaving no one behind and addressing gaps, ensuring community toilets for floating populations, and strengthening the capacity of all grassroots functionaries.

I am glad you saw the impact of our work on the ground. With the health and economic benefits of sanitation accruing over time, we anticipate this impact to get bigger with each passing year.

Your book kept me riveted on my flight returning from India two weeks ago.  I found you have laid it out in your insightful and transparent style.  Besides the lucid style, what struck me was the “demystifying lens” you have brought to your storytelling.  Tell us more about the making of the book.

When my travel to states, districts and villages (I used to make field visits on average once a week) got stopped due to the COVID-19 national lockdown, at my wife, Indira’s suggestion, I used the travel time saved to kick start the writing of this book. I had been writing op-eds and other articles for a long time, and this was an opportunity to reflect and write about my rather unusual career, including the SBM experience.

I am a very early riser and would start writing for a few hours after my morning run – typically from 5 am to 8 am – before heading to the Ministry, where I was now also chairing the Empowered Group for Supply Chain of Essential Goods during the lockdown. In addition to sharing my experiences, I thought it would be useful to provide a collection of pro-tips for the reader, especially for young professionals and people starting out in their careers. Regarding the demystifying lens – thank you for noticing that, by the way! – it was important because I wanted any reader, not just the “insiders”, to understand how government works at all levels.

That is a grueling routine you describe for most everyone!  Whew!  Change at scale, the role of bureaucracy, effective governance of an endeavor of this magnitude – these can be hard to wrap your head around.  Do you feel the best practices can be used to address other big issues – both in India and elsewhere in the world?

Absolutely. I think that the biggest lessons from SBM – the 4Ps I mentioned above – are universally applicable to large scale transformational programs the world over and in most domains. In fact, in my new avatar as the Global Lead (Strategic Initiatives) in the World Bank’s Water Practice, I routinely refer to the big lessons we learnt from SBM to inform and guide strategic initiatives in sanitation and water sectors the world over. And back home, many of the young District Magistrates who led the SBM in their respective districts tell me that they use their learnings from the program to implement schemes in education, health, infrastructure – a variety of sectors.

This is a story worth disseminating – the insights, the how-tos of change need to be heard by a larger audience.  Now that you are back in Washington, DC, are you planning a book tour in the US?  Can interested folks, Indian diaspora platforms and networks, youth organizations invite you physically or virtually to engage in a conversation? 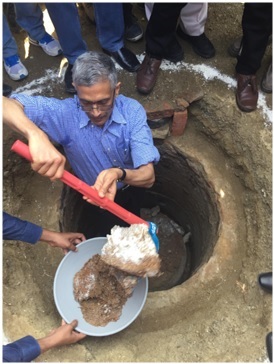 I would certainly be interested in sharing the experiences captured in the book to a wider audience in the US.  The post-pandemic world is technologically better-connected world. Technology has diminished the significance of distance. Though I am based in DC now, I am able to do a book tour from home! The book was launched at the Jaipur Literature Festival in India, held virtually this year. I am also doing talk shows and panel discussions with a number of media channels back in India. Here in the States, there is a panel discussion in end March being coordinated by the Embassy of India and the World Bank- IMF India Club. I am also addressing students in Indian universities to share the lessons in this book with aspiring young professionals. I would be happy to do this in American colleges and universities as well. If any of the interested folks, reading this piece would like me to speak about the book and share my experiences with them physically or virtually, I will be happy to engage with them.

What is your advice to young changemakers starting out there – could be in any sector, government, civil society, corporate world – to make the world a better and more equitable place?

I think one of the main lessons I personally learned along my career journey– particularly from the Swachh Bharat experience – was about thinking big, as Prime Minister Modi did, and then believing in the achievement of the goal. When Prime Minister Modi announced the SBM goal in 2014, many people dismissed it as lofty, ambitious, and even impossible. Going from a sanitation coverage of less than 40% to an ODF country in five years was something unheard of in the history of the world, let alone at the scale of a country as large and diverse as India.

But, inspired by the PM’s leadership, we believed that the goal could be achieved and set about translating the PM’s vision into reality. As I have written in my book, the biggest difference between those who said it could never be done, and those who said it could, i.e. Team SBM, including swachhagrahis at the grassroots level, the DMs and Ministry staff, was that the team truly believed that “impossible is nothing”. If young changemakers follow the courage of their convictions, they can literally change the world.