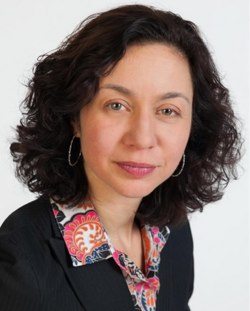 Previously, she was Chair and CEO of the New York City Taxi and Limousine Commission, the nation’s largest for-hire transportation regulator.

President Joe Biden announced his intent to nominate Meera Joshi,  an attorney with over 16 years of experience leading government oversight agencies, for the key job on April 14, 2021.

She had been working as the Deputy Administrator and senior official of the Federal Motor Carrier Safety Administration since Biden’s January 20, 2021 inauguration.

Earlier, she was Chair and CEO of the New York City Taxi and Limousine Commission, the nation’s largest for-hire transportation regulator where she spearheaded novel Vision Zero campaigns using data tools to keep high risk drivers and unsafe vehicles off the road.

Prior to transportation regulation, Joshi was the Inspector General for New York City’s Department of Corrections, responsible for investigation of corruption and criminality at all levels of New York City’s jail operations.

In addition to her government positions, Joshi served as General Manager for the New York Office of Sam Schwartz Transportation Consultants, and was a visiting scholar at New York University’s Rudin Center for Transportation Policy.

Joshi was born and raised in Philadelphia, Pennsylvania. She holds a BA and a JD from the University of Pennsylvania.

Meera Joshi’s campaign to give benefits to out of work cabbies continues as NYC’s TLC Commissioner (April 21, 2014)