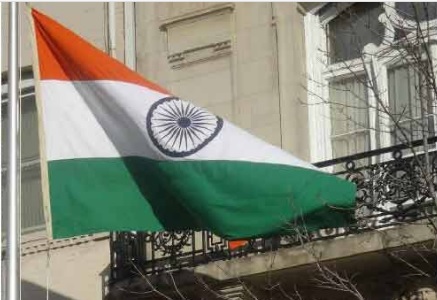 As August 15 falls on a Sunday, how about marking it with a barbecue and a Bollywood patriotic movie

Feeling patriotic, being thousands of miles away from your homeland on Indian Independence Day? As India marks its 75th Independence Day, for many Indian Americans, the moment may be especially cathartic as the Covid-19 pandemic has kept many away from their home country for about two years now.

August 15 being a Sunday, for Indians in America, it may be the perfect opportunity to enjoy a family barbecue. How about also amping up the patriotic feels by enjoying a feel-good movie that reminds one of their countrymen and honor the real heroes who lay their lives for the country.

Parmanu: The Story of Pokhran

If we studied Indian history we may have all read about the first ever nuclear tests in India in Pokhran. Directed by Abhishek Sharma, this 2018 Hindi movie starring John Abraham, Diana Penty and Boman Irani among others is based on the true event of the nuclear tests conducted in Rajasthan. The tests created history and firmly put India in the list of nuclear nations.

Watch it on ZEE5.

A movie, a host of NRIs related with. Every time Shahrukh khan, an Americanized NASA scientist takes up the screen so many expats can’t help but wonder what it would be like to give up the life they so carefully built in another land to return back home. A emotionally charged up watch, ‘Swades’ is a great replay of  life’s dilemma most NRIs are faced with.

Watch it on Netflix

Hrithik Roshan is a typical youngster who leads life without a definite aim or goal that is until he rediscovers himself and joins the army. The transformation of a reckless young man into a responsible soldier for whom country comes first is an intense watch that is relatable on many levels.

Watch it on Amazon Prime

On a light-hearted note, ‘Simmba’ is an action-comedy film from Rohit Shetty’s cop universe series, and stars Ranveer Singh, Sonu Sood and Sara Ali Khan, with Ajay Devgan in a special appearance.

After a web of corruption and deception in the police forces, ‘Simmba’, a police officer, decides to take the path of righteousness after witnessing a life-changing event.

Full of disarming charm and wisecracks, ‘Simmba’, both as a character and as the movie, is a potboiler for anyone looking for a common man’s story in the khaki uniform.

Watch it on Zee 5 and Amazon

Holiday: A Soldier Is Never Off Duty

Written and directed by A. R. Murugadoss, and starring Akshay Kumar, Sonakshi Sinha and Freddy Daruwala in lead roles, ‘Holiday: A Soldier Is Never Off Duty’ is the story of an Indian Army officer who hunts down a sleeper cell network’s terrorist leader to deactivate the network.

An official remake of Murugadoss’ Tamil film ‘Thuppakki’, the movie takes the viewer through the life of a soldier on vacation, but still engaged with fighting off terrorists to protect the country’s sovereignty.

Watch it on Zee5