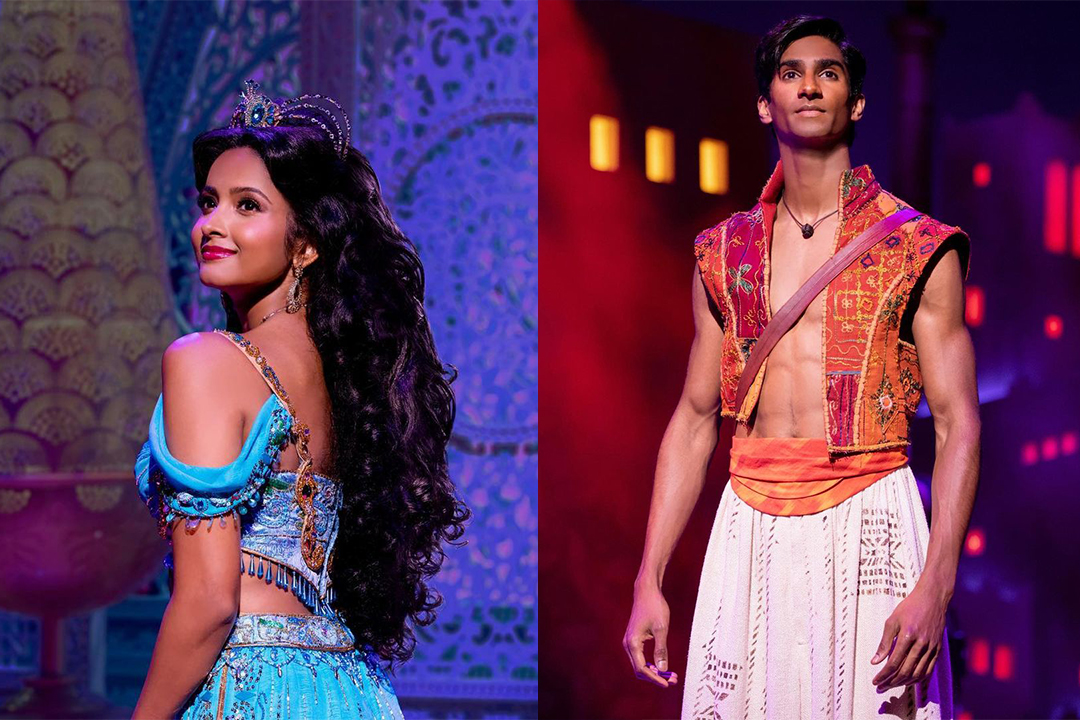 Michael Maliakel, Shobha Narayan grab attention despite cancellation of show just as it returned to the theaters

The Covid-19 era we all are living in right now can force any sudden halts or closure without any prior warning. The cast of Disney’s ‘Aladdin’ experienced just that as they returned to the theaters on Sept. 28 after a gap of 18 months due to the pandemic.

Aladdin had to cancel its Wednesday night performance at the New Amsterdam theatre in New York just a day after it opened on Broadway due to a breakthrough Covid case.

While this came as a bummer for many Broadway fans, the temporary glitch should not take away from the fact that the return of Aladdin post pandemic also comes with a reinforced sense of diversity and inclusion.

Disney’s Aladdin has two Indian American actors playing the lead. Michael Maliakel and Shobha Narayan are the new age icons every brown kid growing in America would love to emulate.

What’s more, the representation of South Asian characters on mainstream entertainment also takes forward the dialogue initiated by the likes of Mindy Kaling and later Priyanka Chopra that Indians are not just the nerdy doctors or scientists in America.

For the two young actors bringing in the right dose of cultural visibility to Broadway their journey has been nothing short of interesting.

For Shobha Narayan who plays princess Jasmine the iconic part came as her first project after the pandemic stalled almost all aspects of our lives.

To gain a role this pivotal after a particularly distressing time around the world can only be termed magical. A trained Bharatnatyam dancer, Narayan brings her cultural nuances and understanding to the character.

However, it is not her first brush with Broadway; Narayan has in the past appeared in the musical ‘Natasha’, ‘Pierre and the Great Comet of 1812’, ‘Wicked’ and ‘Hamilton.’

Her performance as Eliza in Hamilton has won her a lot of critical praise. Narayan has also been part of popular TV shows including ‘Quantico’ and ‘Gossip Girl.’

While Narayan comes with a lot of experience on Broadway, Michael Maliakel makes his Broadway debut with Aladdin. He had also appeared in the 25th anniversary national tour of The Phantom of Opera.