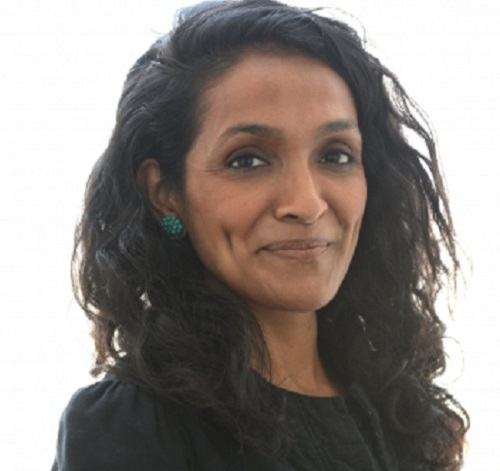 A year after Indian American urban planner Nithya Raman scored a historic win by unseating an incumbent at Los Angeles City Council, she is in danger of seeing much of her Hollywood Hills seat disappear.

The 40-year-old tenant advocate, the first challenger in 17 years to defeat a sitting Council member, won with a progressive platform including a plan to forgive rents in LA and to reduce funding to the police budget.

Today, a commission busy redrawing the boundaries of Los Angeles City Council districts is threatening to make most of Raman’s hard-won Fourth District disappear, according to media reports.

A proposal to lop off a whopping 73 percent of Raman’s current district in central Los Angeles would deprive her of a large chunk of her base made up of low-income LA renters of diverse backgrounds, according to Los Angeles magazine.

“This map is effectively erasing the results of an election and denying Angelenos the representation that they voted for less than a year ago,” Stella Stahl, communications director for Raman, was quoted as saying. “It really does feel like an invalidation of an election.”

In recent days, Raman has begun arguing that the proposal, known as Draft Map K2, would silence the voices of the tens of thousands of people who elected her last year, the Los Angeles Times reported.

The future of Raman’s 4th Council District is just one of several contentious issues before the commission, which must submit a final draft map to the council by the end of October.

The commission, according to the Times is also facing criticism from activists, neighborhood leaders and some of the council members who will ultimately decide whether to approve their proposals.

Fred Ali, who chairs the redistricting commission, cautioned that many decisions have yet to be made. The commission, he said, will also consider an alternative map this week — one supported by Raman — that would push her district south, giving it all of Koreatown.

“Keep in mind, this process is not over,” Ali added. “All this is going to be subjected to public testimony. And if I’ve learned anything about this redistricting process, it’s that things change.”

A final set of boundaries must be approved by the council in time for it to go into effect in January.

If the commission approves the K2 draft map, roughly three-fourths of the population in Raman’s district would be shifted to the districts of other council members, according to an analysis prepared by her office, cited by the Times.

Raman, who has touted her tenant advocacy work as an elected official, said last week that she welcomed the idea of taking on a greater share of Koreatown, which has a high concentration of renters.

On the other hand, Commission staffers, cited by the Times, have argued that their proposed boundaries for her district make sense — creating an area focused on the entertainment industry.

A working mom of preschool-aged twins, Kerala, India-born Raman emigrated to the United States at the age of six with her mother.

After graduating from public schools in the suburbs of Boston, Nithya attended Harvard as an undergraduate and received her master’s in urban planning at MIT.

Before and after her graduate studies, Nithya spent more than seven years working in Delhi and Chennai, India on issues facing slum-dwellers and informal sector workers.

As part of this work, she started Transparent Chennai, which created maps and data about urban poverty that helped to improve service delivery.

In 2013, Raman moved from India to Los Angeles to be with her husband. She took a job in the office of the City Administrative Officer of Los Angeles, which serves as the financial advisor to the Mayor and City Council.

Raman left the workforce temporarily when she had twins, but stayed active in addressing homelessness in her community, joining the Silver Lake Neighborhood Council’s Homelessness Committee as Co-Chair and co-founding the SELAH Neighborhood Homeless Coalition in 2017.

More recently, Nithya served as the first executive director of Time’s Up Entertainment, the organization that grew out of #MeToo activism, where she advocated for equity and safety for women in the entertainment industry.