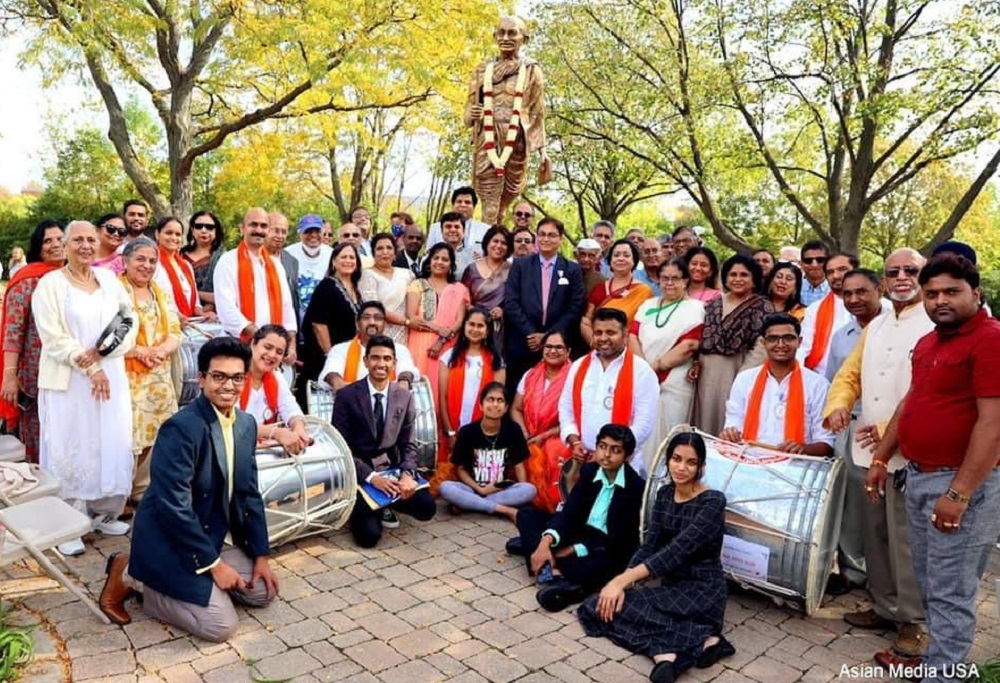 Indian community in Chicago celebrated the 152nd birth anniversary of Mahatma Gandhi by paying homage to the Indian freedom leader at an event at Gandhi statue in Memorial Park in Skokie.

The Gandhi Memorial Foundation presented a set of collected works of Mahatma Gandhi to the Skokie library, according to a press release. 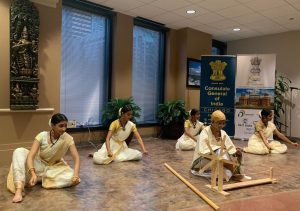 The event was organized by the Indian mission in collaboration with Gandhi Memorial Foundation, Chicago. A separate event organized at the Consulate was live-streamed on Consulate’s Facebook page.

In his remarks at the two events, Amit Kumar recalled the legacy of Mahatma Gandhi and its impact across the world including in the United States. He also underlined the continuing relevance of Mahatma Gandhi’s philosophy.

Ensuring that India moves forward on the path of all inclusive, integrated, equitable and sustainable development through collective efforts of its people would be a suitable way to pay tribute to Mahatma Gandhi as we celebrate ‘Azadi Ka Amrit Mahotsav,’ he said.

The event also saw recital of Bhajans in Hindi, Sanskrit and Tamil by students of the Chicago Tyagaraja Utsavam, trained by Margatham Sundaresan

There were Bharatanatyam performances by the students of Nrithyanjali with choreography by Sushmita Arunkumar and saxophone (Carnatic music) by Anvita Hariharan.

A short video on Gandhi Peace Program organised by the National Indo-American Museum (NIAM) was screened. A photo exhibition on the life of Mahatma Gandhi contributed by Dr Sriram Sonty, a Gandhi Scholar, was also organized at the Consulate.