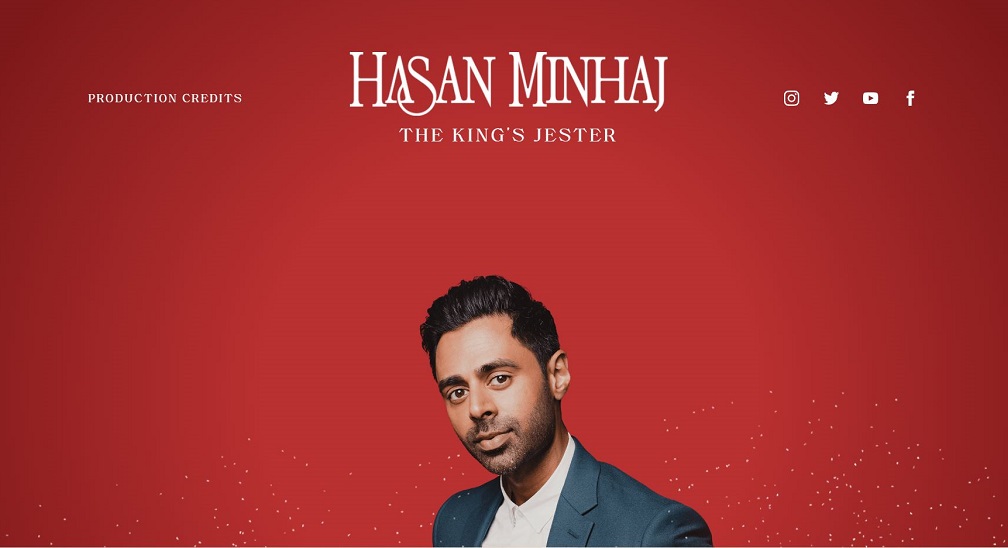 On a crisp fall day in Chicago, when the hint of pumpkin spice fills the air, the sight of thousands of Caucasians, desis and others immigrant communities lining up outside the iconic Chicago Theatre seemed like a perfect treat for eyes.

The venue bore a glowing signage that read ‘SOLD OUT,’ which in a cathartic way seemed to soothe the Covid era souls frayed by isolation.

The crowds had gathered to watch Indian American stand-up comedian Hasan Minhaj, who with his last outing on Netflix with ‘Patriot Act’ has firmly established his name as one of the most popular comedians in the country.

The show kicked-off in Minneapolis Sept. 30 followed by two shows in Chicago. The show will tour several cities from Boston to Washington DC, where it has the maximum number of shows.

Other US cities on the tour include, Los Angeles, New York, Seattle, Atlanta, Durham and Baltimore besides Vancouver in British Columbia, Canada.

The two time Peabody Awards, a Primetime Emmy Award winner made sure that his latest outing is nothing short of spectacular. The 90-minute show can be best described as stunning, gripping and touching.

Minhaj starts with talking about his infertility issues, making him perhaps the only male celeb in my memory to own up to his struggles with infertility.

While joking about his experiences at the infertility clinic he also manages to open a new, refreshing door which normalizes talking about male infertility.

At the Chicago leg of the tour, Minhaj also cheekily remarks looking at the crowd – “Devon showed up!” However, Minhaj may be a bit humble in admitting that his audience comprised much more than just South Asian Americans.

Read: Hasan Minhaj talks about growing up Desi in the latest episode of Patriot Act (October 14, 2019)

A motley crowd of Caucasians, Latinos, Pakistanis, Indian and many other immigrants showed up for the show.

In his typical style of mixing humor with an important message he also tells a story about being a young boy in a post 9/11 America. The segment moved many second generation immigrants in the audience.

Minhaj also touches upon the topic of South Asian and Muslim representation in American mainstream entertainment and admits that he along with Aziz Ansari and Kumail Nanjiani may be bringing in that change.

With ‘The King’s Jester,’ once again Minhaj proves that he can talk about immigrant experiences with such frankness that while laughing at his jokes one can’t help but relate to every single thing the artist brings to the fore.

Tickets for ‘The King’s Jester’ can be bought on all major ticket sales websites. The show will be running across the United States until March 22.