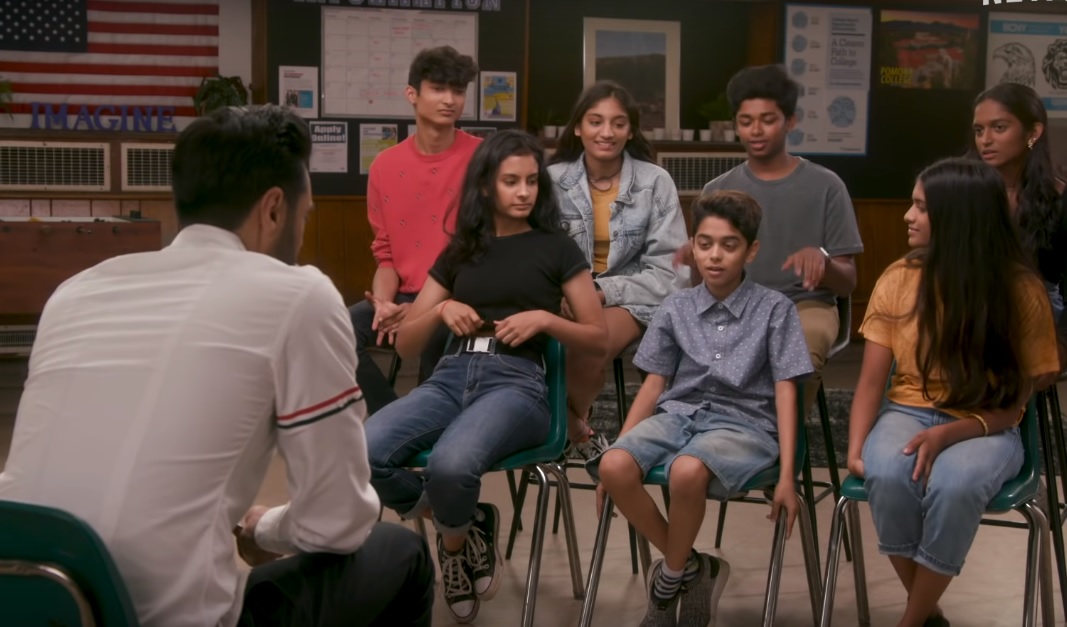 Minhaj sat with seven Desi American kids to discuss everything from mispronounced Desi names to dating.

Raise your hands, if you are a Desi who grew up in America, have a seemingly simple name (well, in your head) but yet have repeatedly found Americans struggling to get your name right. This is the premise with which Indian American Hasan Minhaj begins the most recent episode of his immensely popular Netflix series, Patriot Act.

He begins by asking the kids their names and their experiences with their names being mispronounced. Minhaj has been particularly touchy about the subject and has talked about his struggles to get Americans understand his name. He has shared his frustration everywhere, including on the Ellen DeGeneres show, where he appeared as a guest.

The kids do not disappoint when it comes to wit and share how they have often waded through the situation. While a young girl called Suhani Madan shared how she had to sometimes fake a middle name and call herself Suhani “Biryani” Madan because everyone expected her to have a middle name. Another young girl called Teji told that a teacher called her “Tevi” for half a year.

Minhaj also broached another touchy subject for desi kids, when he asked these kids what they did if they had to go on date. While most of them unanimously agreed that they aren’t allowed to go on dates, a young girl admitted that her mom does allow her to be on a date but has clear advice on not to let things get serious. Minhaj, without a blink of eyes, calls this the most Indian thing ever.

The group also discussed how med school continues to be the ultimate desi parent dream. When Minhaj asked the youngsters on what would they do for a day if their parents had no expectations, the answers ranged from doing drugs to getting a boyfriend.

The episode seemed a lot of fun as it was being told through the eyes of Desi kids growing up in America and often encountering the “American Born Confused Desi” tag. The newer bunch of kids though seemed more in tune with their desi identity, or as the little kid Abeer Khan on the episode renamed the tag ABCD as “American Born Confident Desi” to a loud encore.