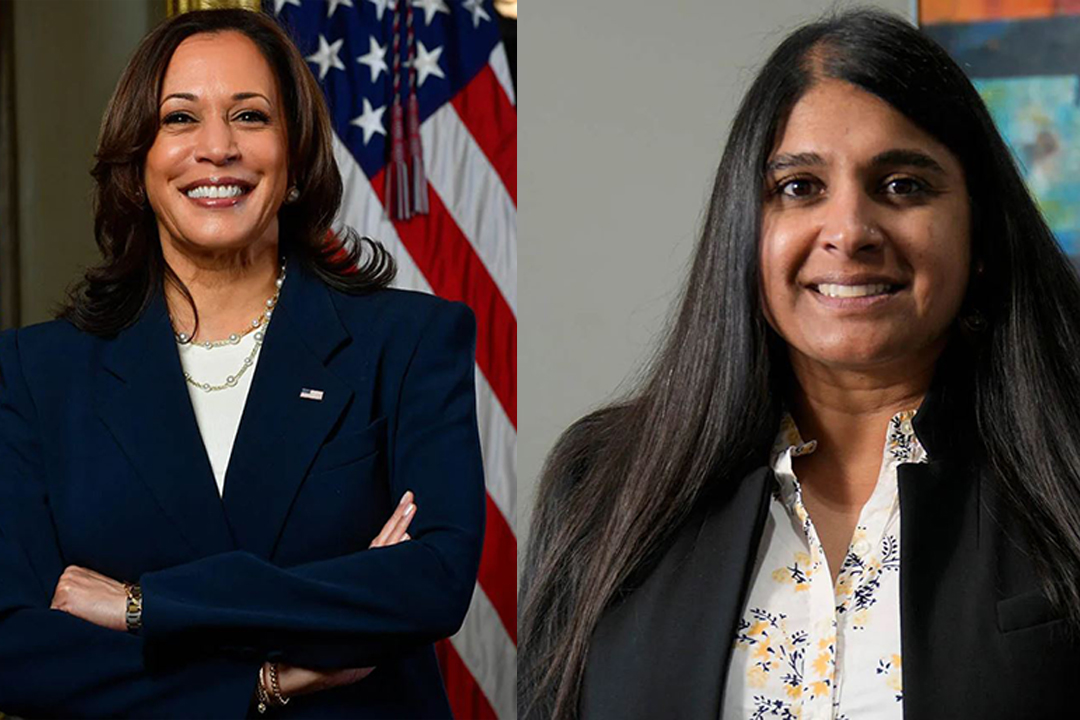 Harris shattered the glass ceiling for women of color everywhere; Desai defended the integrity of the 2020 presidential election

Two Indian American women, Kamala Harris and Roopali Desai are among USA Today’s Women of the Year, one for shattering the glass ceiling for women of color, the other for defending the integrity of the 2020 presidential election.

“Every day across our country, USA Today’s Women of the Year lead and inspire, promote and fight for equity, give others a place to seek help and find hope,” the American daily said about its choices.

“They are strong and resilient women who have been champions of change and courage, often quietly, but with powerful results. And often despite their own challenges,” it said.

“The nation’s first-ever female vice president, she shattered the glass ceiling for women of color everywhere,” the newspaper said about its choice of Harris, daughter of an Indian mother and and a Jamaican father.

“This attorney defended the integrity of the 2020 presidential election and helped launch a recreational marijuana program,” it said of Desai, who has been chosen both as a national honoree as also an Arizona state honoree.

“Harris is a litany of firsts: the first woman, the first Black American and the first South Asian American to ascend to the vice presidency,” USA Today noted. “In this barrier-breaking role as the nation’s second-highest elected official, she watches with a keen eye as the Covid-19 pandemic takes an unbearable toll on women.”

“She knows the expectations that she’ll be at the table representing American women with thoughtful conversation and pointed policy. It’s a role she embraces,” the daily said.

In her USA Today interview, Harris expressed deep empathy and concern for women trying to claw their way out of the abyss, often carrying family members on their backs.

When asked what message she would send to those women, Harris told the daily she wanted to look directly into the camera. She wanted to speak to them about their resiliency, their strength, their ability to problem-solve.

“Know you are not alone,” Harris said. “Know that you are supported and know that your voice is strong. It’s strong, and don’t let any circumstance diminish that or take your power from you.”

Noting that the pandemic has been “devastating” for women, especially women of color, she said, it “has exposed the failures, the fractures, the fissures that have long existed in our society, and it has made them bigger and more obvious.”

Characterizing the regression as a “national emergency,” Harris said the country needs a commitment to universal paid sick leave and paid family leave, and “child care needs to be affordable and available.”

“Women should not have to be presented with false choices that say, ‘You either have a career or you raise your children.’ They should be able to do both,” she said.

USA Today described Desai’s choice as “a recognition of women across the country who have made a significant impact.

Growing up, Desai thought medicine was her future, her destiny. She wanted to help others so much, was so convinced that medical school was in the offing, that she spent non-school hours – summers, holiday breaks – volunteering at geriatric facilities, the daily said.

Then she got waitlisted. But “she put her bruised ego aside and decided to pursue a master’s degree in public health, with a focus in maternal and child health.

Desai worked in southern Arizona with women who did not have adequate prenatal care and young children who were suffering from severe malnutrition.

After graduation, she worked at a facility for survivors of domestic and family violence. She helped coordinate care for families, connecting them with services outside the shelter to assist them in seeking employment, restraining orders or other tools to get them back on their feet.

Desai works today as a high-profile politics and election law attorney – one who has changed the fabric of Arizona. She helped launch the state’s voter-approved recreational marijuana program, which she wrote and defended against various lawsuits.

She successfully fought lawsuits and false claims about the presidential election after Joe Biden’s narrow victory in the state, the daily said. And she attained another victory when the state Supreme Court voided dozens of laws, including a ban on mask mandates, that lawmakers had improperly tied to the state budget.

“I realized that there are lots of different ways to help people,” Desai told USA Today. “But that thread was certainly constant throughout my childhood and then in my higher education. I always knew I wanted to work in a profession that would allow me to give back to the community. “

Desai, 43, a partner at Coppersmith Brockelman law firm, has been practicing for 17 years. She’s the mother of three daughters, ages 4, 7 and 9, and has been married to her husband, an artist, for 20 years.