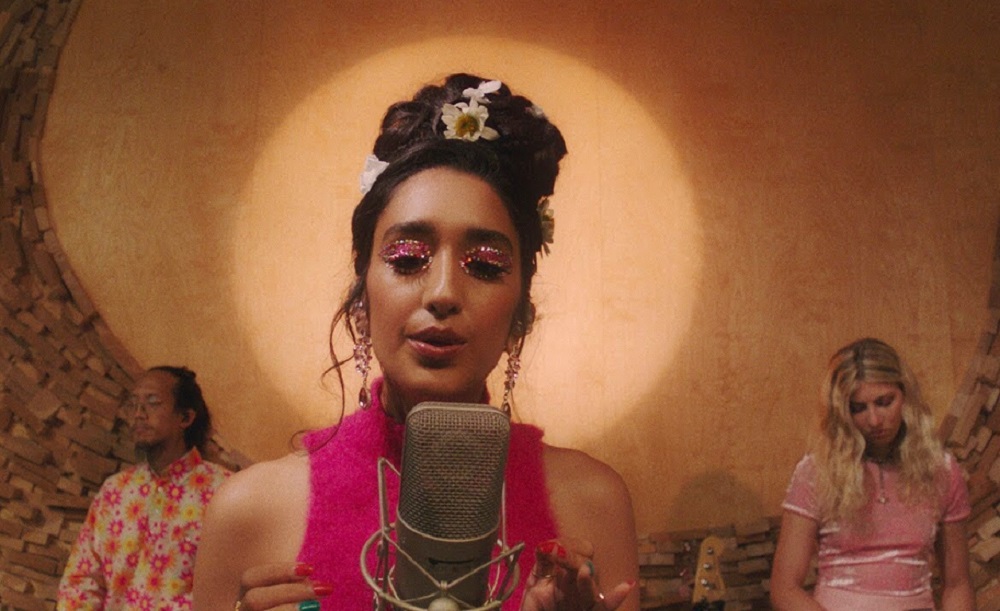 Raised in a Sikh household, Aurora grew up in Queens, New York and Stamford Connecticut

As more than 150 of the most extraordinary international artists took to stage to perform at Coachella 2022 with over 100,000 people watching, this year’s music festival was significant especially after the lull Covid-19 created.

But amidst the usual jamming and cropping up of new style and music trends there was also a moment of a first ever being made on the very first day of this year’s Coachella.

Looks like Harry Styles wasn’t the only one making a statement in that rainbow jumpsuit. Young musician Raveena Aurora wore traditional Indian accessories like bindis and maang tikka to take the stage as she crooned the popular Bollywood song from the 80’s ‘Dum Maaro Dum.’

Aurora who is well skilled in jazz, R&B, and soul with that memorable song became the first-ever Indian woman to drop a performance on the Mojave stage at Coachella 2022.

From the choice of her music to her attire, Aurora made sure that she reflects her South Asian roots and her Sikh heritage.

But who is Aurora?
The American singer and songwriter was born in Massachusetts. Her family moved to the US from India back in the 1980’s. Raised in a Sikh household, Aurora grew up in Queens, New York and Stamford Connecticut.

A graduate from the New York Tisch School of Art, Aurora began getting interested in music when she was in high school. She began learning R&B, jazz, soul and folk music.

Her first album ‘Shanti’ was released in 2017. Raveena has been quite accepting about her identity as not just a South Asian artist which reflects in her style and ethos in her music albums.

She has also been loudly proud about being a queer, South Asian female artist who unapologetically explores the themes of sexuality and spirituality.

In March 2019, she was noticed as co-headline at the Java Jazz Festival in Jakarta, Indonesia. Her other album ‘Lucid’ too explored concepts of sensuality and identity.

Aurora has been quite open about her pansexuality and has been vocal about being a sexual abuse survivor.

Her album ‘Asha’s Awakening’ released in January 2022, which she describes as an album from the perspective of a Punjabi space princess.