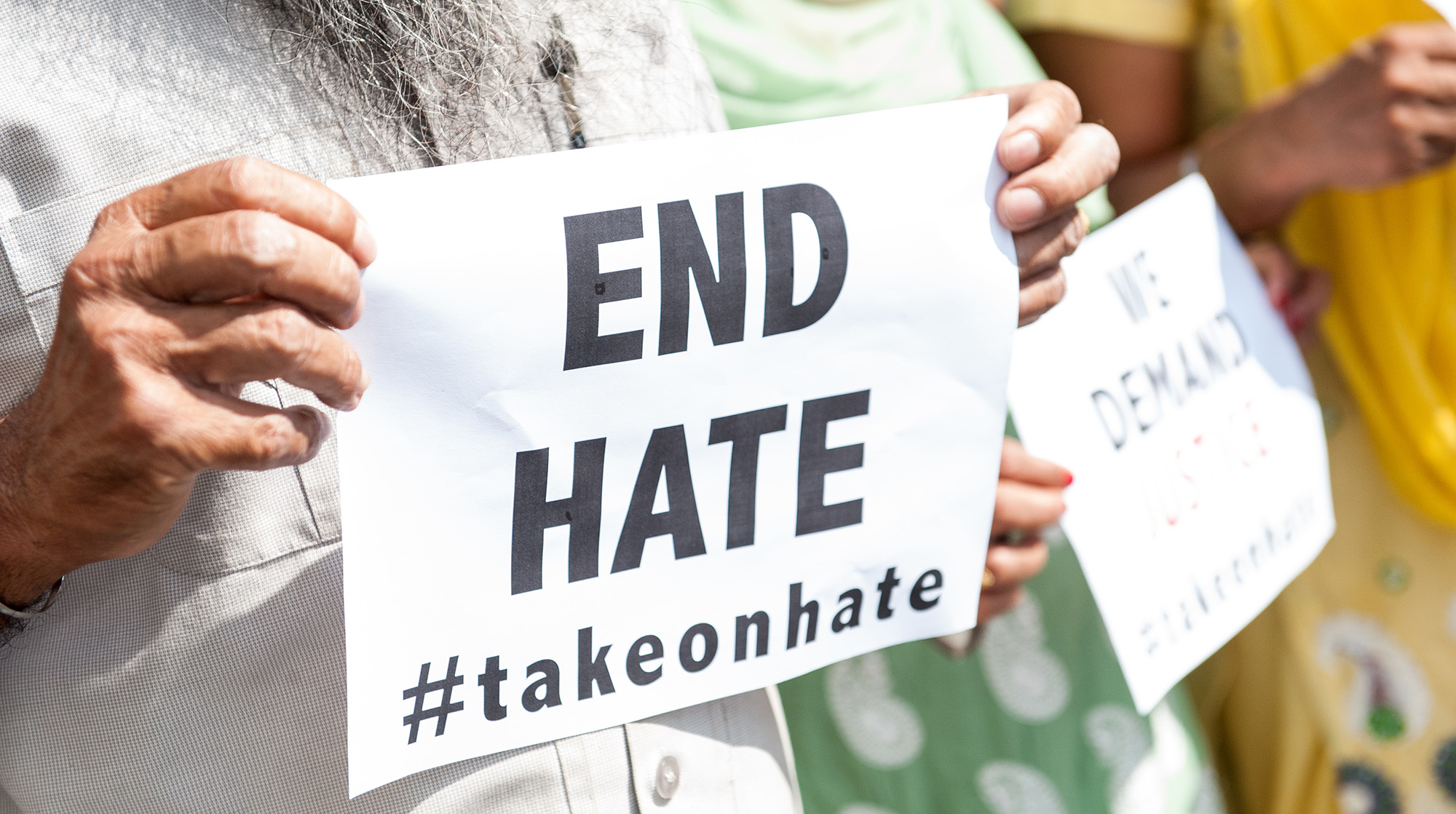 For a first generation Sikh American father, Rouble Paul Claire, Sutter in California has been home for decades. The family has been living in the neighbourhood since 1973.

Naturally for most immigrants in America, having lived so long in a place, the country feels like a natural home. However Claire and his family were in for a rude shock when he found himself confronted with racism in his very neighbourhood.

The incidents began surfacing in 2021, when a woman shouted and called Claire a F*cking Hindu and then he woke up to find racial graffiti written on his driveway calling him N*gger.

In 2021, he was accosted by a woman in his neighborhood while at South Butte Market, a local grocery store. The woman shouted and cursed at Claire -including by calling him a “f*cking Hindu”- threatened to “ram” him with her car, and then got in her car and sped towards him in a parking lot, only swerving away at the last moment.

Later that day, another woman connected to the assailant in the first incident wrote the word “Sand N*gger” in chalk on the sidewalk outside Claire’s house and in his driveway, and called him “N*gger.”

Claire, 66, immediately notified the Sutter County Sheriff’s Office (SCSO). But after months of delay and inconsistent responses, he has now retained the Sikh Coalition, a civic service organization providing free legal help to victims of racism.

Claire says, “I have been subject to threats, harassment, and racial slurs – yet almost a full year later, no one has been held accountable.”

He adds, “For months after immediately reporting these hateful acts, I sat in silence waiting for action that never came. I did not want to have to take legal action against anyone, but I believe that this failure of justice is unacceptable: No one in our community should have to face this kind of hate and bigotry.”

The Sikh Coalition is now urging Sutter County District Attorney’s Office (SCDAO) to bring criminal charges in the first case. Simultaneously, Claire has filed a civil suit against officers of the SCSO, Sutter County, and the individual who threatened him.

Despite repeatedly appealing to the SCSO for help, Claire received little aid. One deputy who responded to the chalking incident used his own water bottle in an attempt to wash away the evidence before taking photos for the office. Another advised him not to drive on his own street to avoid any confrontation.

For months, Claire’s requests for action, charges, or even a police report documenting the incidents, repeatedly fell on deaf ears. After the Sikh Coalition was retained, its attorneys met with SCSO Sheriff Brandon Barnes in Dec 2021 and January this year.

In those conversations, Sheriff Barnes acknowledged that his deputies failed to follow proper investigatory protocol in the course of these cases and confirmed that one deputy had received additional training as a result.

Eventually, they also secured a police report detailing Claire’s experiences – in which the SCSO recommended criminal charges against the woman who threatened him at the store six months after the incident.

The SCDAO, however refused to press charges aside from minimizing the danger of the altercation and ignoring the hateful slurs and vandalism Claire was subjected to both at the market and at his home.

They cited the amount of time that had elapsed between the incidents and the police finally calling for charges as reason not to move the case forward – despite the fact that this delay was due to the SCSO’s failure to properly investigate and act.

The Sikh Coalition is calling on the SCDAO to bring charges of criminal threats, assault, assault with a deadly weapon against the woman who initially threatened Claire with her car.

The coalition says it also remains extremely concerned about the utter inaction of local law enforcement in response to the racial slurs and graffiti on and around Claire’s property – and broader allegations of a pattern of inaction by the SCDAO in cases targeting members of marginalized communities.

“No one deserves to feel threatened in their own community, and law enforcement- both police and prosecutors- simply must do better,” said Amrith Kaur Aakre, Sikh Coalition Legal Director.

“Tragically, we have seen time and again that hateful interactions can lead to violent results. The case of Khalid Jabara, killed in Oklahoma in 2016 after months of verbal, bias-based harassment from a neighbor, comes to mind.”

“The large Sikh population in this area is only more reason to ensure that all members of this community feel safe and secure,” Aakre added.

“It is unacceptable that the law enforcement authorities sworn to protect Claire did so little over such a long time–and then ultimately refused to pursue the justice that he deserves,” said attorney Sean Tamura-Sato who is representing the case.

“This civil suit is a first step to remedying that failure, as well as taking legal action against the women who threatened and harassed him, who have faced no consequences whatsoever due to Sutter County’s practice of inadequately investigating and prosecuting hate crimes against racial and ethnic minorities,” said attorney Gina Szeto-Wong.

Sikhs are members of an independent faith tradition that is the world’s fifth largest religion, and California is home to roughly half of the 500,000 Sikhs in the United States.

Sikhs remain among the top five most frequently targeted religious groups in the country for hate crimes and bias incidents, according to the FBI.