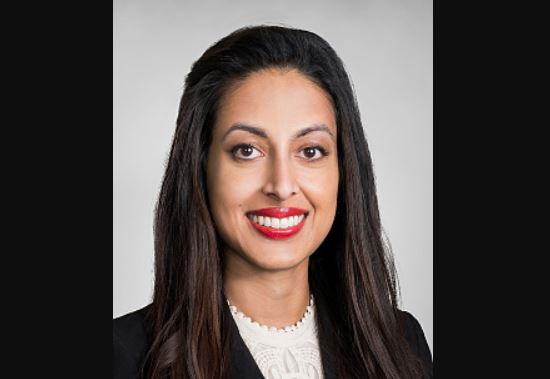 President Joe Biden has nominated Indian American advocate Sopen B. Shah as US attorney for the Western District of Wisconsin, which includes Madison.

Shah’s nomination was sent to the Senate for confirmation Monday along with four attorneys across the country, as well as two new nominees to serve as US marshals.

“These are officials who will be indispensable to upholding the rule of law as top federal law enforcement officials,” the White House said in a statement.

“These individuals were chosen for their devotion to enforcing the law, their professionalism, their experience and credentials, their dedication to pursuing equal justice for all, and their commitment to the independence of the Department of Justice,” it said.

Shah is a 2015 graduate of Yale Law School and an associate attorney in the Madison office of the law firm of Perkins Coie since 2019. She specializes in business litigation and in appeals, issues and strategy, according to the firm’s website.

Shah was previously a Deputy Solicitor General of Wisconsin from 2017 to 2019. She served as a law clerk for Judge Debra Ann Livingston on the US Court of Appeals for the Second Circuit from 2016 to 2017 and Judge Amul R. Thapar on the US District Court for the Eastern District of Kentucky from 2015 to 2016.

Last year, she represented the Democratic National Committee and the Democratic Party of Wisconsin in a voting case which, in a span of three weeks, went from US District Court in Madison to the US Supreme Court.

If Shah is confirmed, she would be only the second woman to lead the US Attorney’s Office in Madison after Peg Lautenschlager, who led the office during the presidency of Bill Clinton, from 1993 to 2001.

Shah would succeed Scott Blader as the Madison US attorney. Blader, who was appointed by President Donald Trump, resigned in 2021.

Biden has proposed a budget that would significantly increase funding for law enforcement as part of a comprehensive approach to tackling the rising crime rate this administration inherited last year, the White House said.

The President has also launched a comprehensive effort to take on the uptick in gun crime that has been taking place since 2020—putting more cops on the beat, supporting community prevention programs, and cracking down on illegal gun trafficking.

Confirming US Attorneys as the chief federal law enforcement officers in their district is important for these efforts, the White House said.