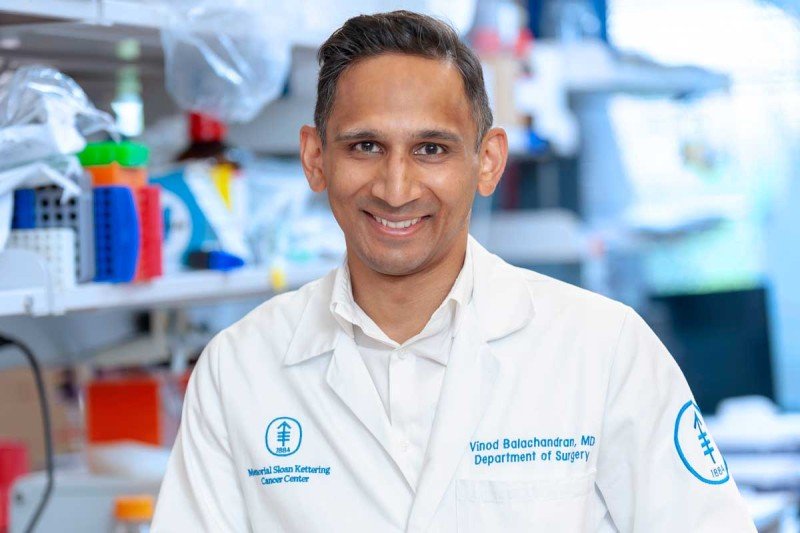 Dr Vinod Balachandran, an Indian American physician-scientist is leading the only clinical trial to test Messenger RNA (mRNA) vaccines, which helped turn the tide against Covid-19, for pancreatic cancer.

A team of researchers at Memorial Sloan Kettering Cancer Center (MSK) had already been working to use mRNA vaccine technology to treat cancer even before the pandemic began.

The key to these vaccines appears to be proteins in the pancreatic tumors, called neoantigens, which alert the immune system to keep the cancer at bay, says Balachandran.

The vaccines are custom-made for every person, says Balachandran affiliated with the David M. Rubenstein Center for Pancreatic Cancer Research and a member of the Human Oncology and Pathogenesis Program and the Parker Institute for Cancer Immunotherapy.

The hope is that the vaccine will stimulate the production of certain immune cells, called T cells, that recognize pancreatic cancer cells, he says. This could reduce the risk of the cancer returning after the main tumor was removed by surgery.

Balachandran presented encouraging results from the phase 1 trial at the annual meeting of the American Society of Clinical Oncology on June 5.

Balachandran discussed how a collaboration with BioNTech — which developed the Pfizer-BioNTech Covid-19 vaccine —led to this potential treatment for pancreatic cancer.

There has been great interest in using immunotherapy for pancreatic cancer because nothing else has worked very well, he says talking about the inspiration for using a vaccine against pancreatic cancer.

“We thought immunotherapy held promise because of research we began about seven years ago. A small subset of patients with pancreatic cancer manage to beat the odds and survive after their tumor is removed.”

Something in the tumor cells seemed to be sending out a signal that alerted the T cells and drew them in, he said. “We later found that these signals were proteins called neoantigens that T cells recognize as foreign, triggering the immune system attack.”

“Even more striking, we found that T cells recognizing these neoantigens circulated in the blood of these rare patients for up to 12 years after the pancreatic tumors had been removed by surgery,” Balachandran said.

“This persistent immune response was like an autovaccination,” he said. “The T cells had memory of the neoantigens as a threat, similar to how vaccines trigger memory and protect against pathogens for up to decades.”

“The finding led us to think that artificially inducing this effect in other patients with pancreatic cancer could be effective,” Balachandran said.

“Designing an effective cancer vaccine is difficult,” he says. “Because cancer arises from our own cells, it is much harder for the immune system to distinguish proteins in cancer cells as foreign compared with proteins in pathogens like viruses.”

But important advances in cancer biology and genomic sequencing now make it possible to design vaccines that can tell the difference, said. This builds on important work done at MSK that has shown how critical tumor mutations are to triggering immune response.

The first patient in a clinical trial to test if this vaccine was safe was enrolled in December 2019.

The process to make the vaccines was challenging, Balachandran said. “For example, the COVID-19 vaccines are not personalized — each vaccine is the same — so it is easy to make them in large batches.

The mRNA cancer vaccine must be made individually for each patient based on their tumor, he noted.