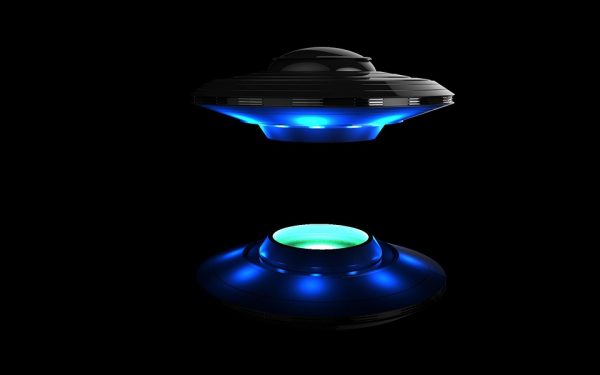 With the new probe, NASA aims to end the decades-old demand for scientific explanation behind strange UFO sightings

Ever since the Roswell Crash of an alleged UFO in 1947, UFO enthusiasts have been demanding NASA explain their sightings of UFOs or provide scientific reasons behind such aerial phenomenon.

Though NASA remained steadfast in refuting such UFO sightings, it has finally bowed to the demand and commissioned a study on June 9 to examine what it called ‘unidentified aerial phenomena (UAPs),’ instead of using the popular term Unidentified Flying Objects (UFOs).

NASA came under pressure after Pentagon’s Unidentified Aerial Phenomena Task Force or its successor, the Airborne Object Identification and Management Synchronization Group probed the phenomenon and reported last year that no evidence was found to suggest the objects originated from a foreign adversary or were extraterrestrial in nature.

But Pentagon investigators failed to explain most of the UFO sightings, reinforcing the enthusiasts’ demand for a more scientific probe by NASA.

Last month, Pentagon officials testified before a House subcommittee, in the first public hearing on the matter in more than 50 years, and told lawmakers that the number of reported encounters had grown to about 400 in the last 20 years, with 11 “near-misses” between the objects and military jets.

UFOs over nuke plants
As pointed out by UFO researcher from the Scientific Coalition for UAP studies, Alejandro Rojas, one of the biggest and scariest problems is that the Pentagon had admitted that they were not aware of the vast history of UAP over nuclear facilities.

He was referring to the Malmstrom UFO incident as airmen saw a UFO in the sky in 1967 in Montana, where 10 nuclear weapons were disabled.

Under secretary of defense for intelligence and security Ronald Moultrie and deputy director of naval intelligence Scott Bray, who testified before the committee, showed lawmakers a previously classified video of a spherical object zooming past an F-18 fighter jet.

It showed a balloon-shaped object which Bray described as unexplainable. At the same time, they have ruled out the possibility that aliens would invade America anytime.

Moultrie reiterated Pentagon’s quest for more information to explain what may be a natural phenomenon, sensory phenomenon or legitimate counterintelligence threats to US military installations.

“Hopefully, if we get more information out there, we’ll start to lessen the impact of some of those spurious reports,” he said.

Announcing its historic decision to probe the UFO sightings, NASA has made it clear that its focus will be on identifying available data, how best to collect future data, and how NASA can use that data to move the scientific understanding of UAPs forward.

More than that, the space agency wants to put an end to the controversy surrounding UFOs or conspiracy theories reaching millions of people instantly in the absence of a scientific explanation from a reputed space agency like NASA.

What to expect?
More than rumors, the increasing number of observations of UAPs pose challenges to national security and air safety.

“NASA believes that the tools of scientific discovery are powerful and apply here also,” said Thomas Zurbuchen, the associate administrator for science at NASA Headquarters in Washington.

“We have access to a broad range of observations of Earth from space – and that is the lifeblood of scientific inquiry. We have the tools and team who can help us improve our understanding of the unknown. That’s the very definition of what science is. That’s what we do.”

NASA’s independent study UAP team, to be led by astrophysicist David Spergel, previously the chair of the astrophysics department at Princeton University, will also have Daniel Evans, the assistant deputy associate administrator for research at NASA’s Science Mission Directorate.

“Given the paucity of observations, our first task is simply to gather the most robust set of data that we can,” said Spergel. “We will be identifying what data – from civilians, government, non-profits, companies – exists, what else we should try to collect, and how to best analyze it.”

The study, expected to be completed in nine months, seeks to explore the counsel of experts in the scientific, aeronautics, and data analytics communities to focus on how best to collect new data and improve observations of UAPs. Above all, the entire effort will be transparent.

“Consistent with NASA’s principles of openness, transparency, and scientific integrity, this report will be shared publicly,” said Evans. “All of NASA’s data is available to the public – we take that obligation seriously – and we make it easily accessible for anyone to see or study.”

Otherwise, NASA has been exploring alien life in deep space as part of its astrobiology program, from studying water on Mars to probing promising “ocean waters” on Titan and Europa, looking for signs of life beyond Earth. Now with the new probe, NASA aims to end the decades-old demand for scientific explanation behind strange UFO sightings as well.