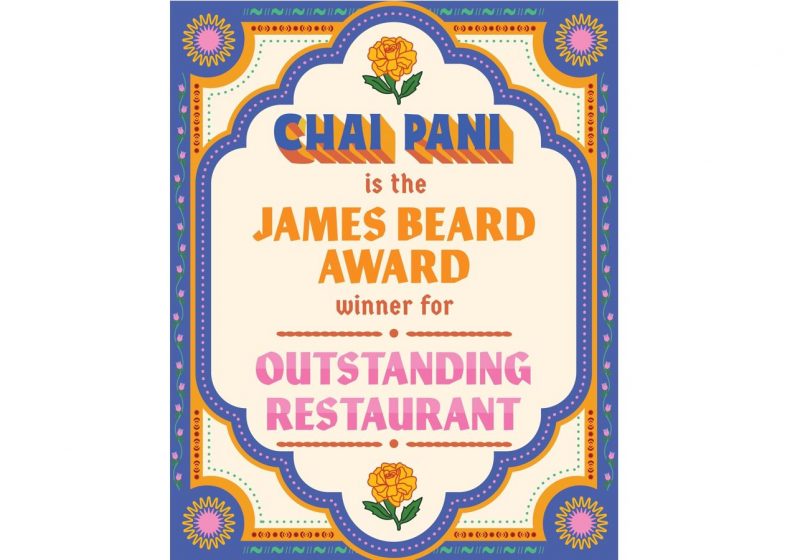 ‘Chai Pani’, or refreshments serving affordable Indian street food in North Carolina, has been named America’s most Outstanding Restaurant at the James Beard Foundation Awards in Chicago on Monday.

The menu at the Asheville eatery, whose name literally means tea and water, features Indian snacks called “chaat” that are known for a mix of spicy, sweet and tangy flavors.

It was the first time the honors were awarded in two years, after being canceled in 2020 and 2021 so the foundation could remove systemic bias and as lockdowns to slow the spread of the Covid-19 virus forced the temporary closure of many US restaurants.

Other winners included the Native American restaurant Owamni in Minneapolis, where the staff is 75% indigenous, as Best New Restaurant.

Outstanding Baker was Don Guerra at Barrio Bread in Tucson, Arizona, where he uses ancient grains that have seeds adapted to grow in the desert. Mashama Bailey of The Grey in Savannah, Georgia, was named Outstanding Chef.

“We are delighted to finally be back in Chicago celebrating the 2022 Restaurant and Chef Awards and bringing attention to our industry, that still needs support,” said Clare Reichenbach, CEO of the James Beard Foundation.

“As we know, a James Beard Award can be transformative to a career or business, and as we move forward from the pandemic, this weekend was an important opportunity to lift up the independent restaurant community as a whole, doing amazing work across the country.”

Read: Chai Pani and a lot more: This Indian restaurant has been voted the best in America (June 14, 2022)