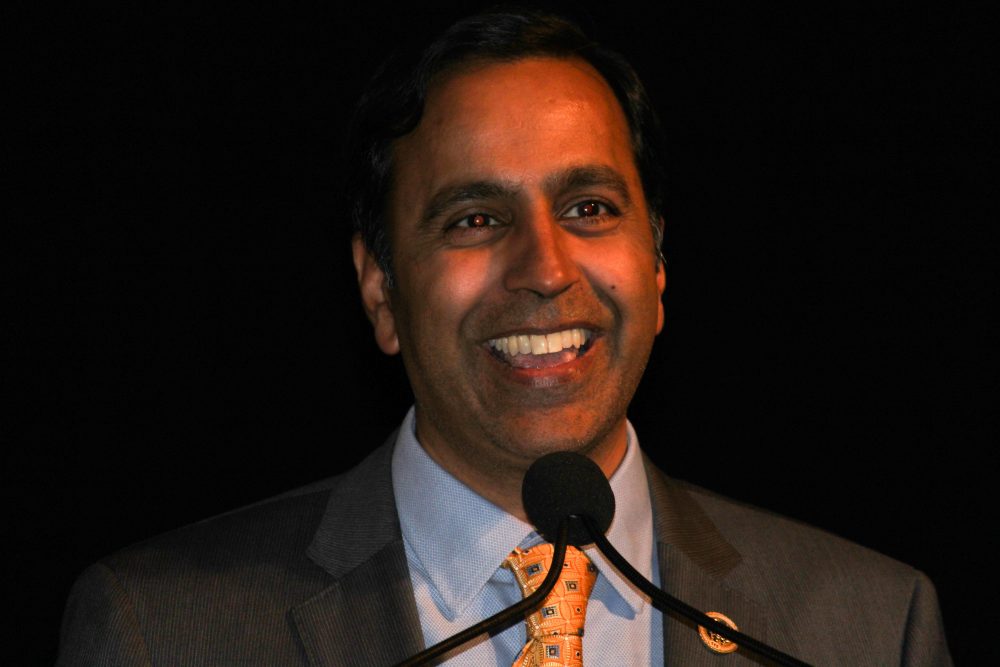 Congressman Raja Krishnamoorthi calls it “a tragic, devastating rollback of nearly half a century of progress”

Congressman Raja Krishnamoorthi called it “a tragic, devastating rollback of nearly half a century of progress,” while North Carolina state senator Jay Chaudhuri noted that “over the past few years, Republican lawmakers across the country have been working diligently to chip away abortion access.”

“The Supreme Court’s decision to overturn Roe v. Wade is a tragic, devastating rollback of nearly half a century of progress and precedent in protecting reproductive rights, the right to bodily autonomy, the right to privacy, and the rights of women more broadly,” Krishnamoorthi stated.

“Unfortunately, this is likely only the beginning of this extreme, right-wing court’s attacks on the rights of Americans,” Democratic US House member from Illinois said.

“A woman’s fundamental right to make her own health decisions, in consultation with her doctor and her loved ones, must be protected, and that’s why I will continue to work unyieldingly with my colleagues to enshrine Roe v. Wade and the right to choose in law,” he pledged

“Over the past few years, Republican lawmakers across the country have been working diligently to chip away abortion access,” Chaudhuri, Democratic Senate Minority Whip in North Carolina stated.

“Now, in 13 states, abortion was just criminalized due to trigger bans. More states are certain to follow,” he stated noting, “This leaves North Carolina as one of the only states in the South where access to abortion is still legal.”

“Today’s decision is a direct attack on the progress that women have fought for for over half a century,” Chaudhuri said vowing to “gear up for one of the most critical elections of our lifetime… The fight starts now.”

Meanwhile ERA, which fights for gender justice in workplaces and schools across the country, said the decision gives a green light to more than 26 states implementing abortion bans.

“With this decision, our movement has lost 50 years of gender justice. We are readying ourselves for the gender and human rights battle of the century—for our bodily autonomy,” Executive Director Noreen Farrell stated.

“This devastating decision threatens the lives and health of millions across the country, as well as decades of gender justice progress,” she said.

“In its distortion of the law, today’s Supreme Court decision threatens a range of critical reproductive health decisions and other rights grounded in the right of privacy,” Farrell stated.

“Emboldened states will not only begin criminalizing access to abortion. They may well take aim at contraception, same-sex marriage, and other rights,” she stated,

“This is more than a slippery slope. This is a cliff our hard-fought and critically necessary constitutional and civil rights could fall off,” Farrell stated.

“It is clear that the Supreme Court has abdicated its responsibility to follow precedent and protect our rights and liberties, so we must use all methods at our disposal to ensure that women have access to safe and legal abortions.”

Read: US Supreme Court overrules Roe V Wade: What does it mean for the future of abortion rights? (June 24, 2022)

“ERA will double down to improve the economic security of women and others whose ability to participate at school and in the workplace depends on reproductive autonomy, paid leave, childcare access, fair pay, and other reforms,” she said.

“This fight is not over. It has just begun. Roe v. Wade has fallen, and it will take all of us to combat the harm,” Farrell stated.