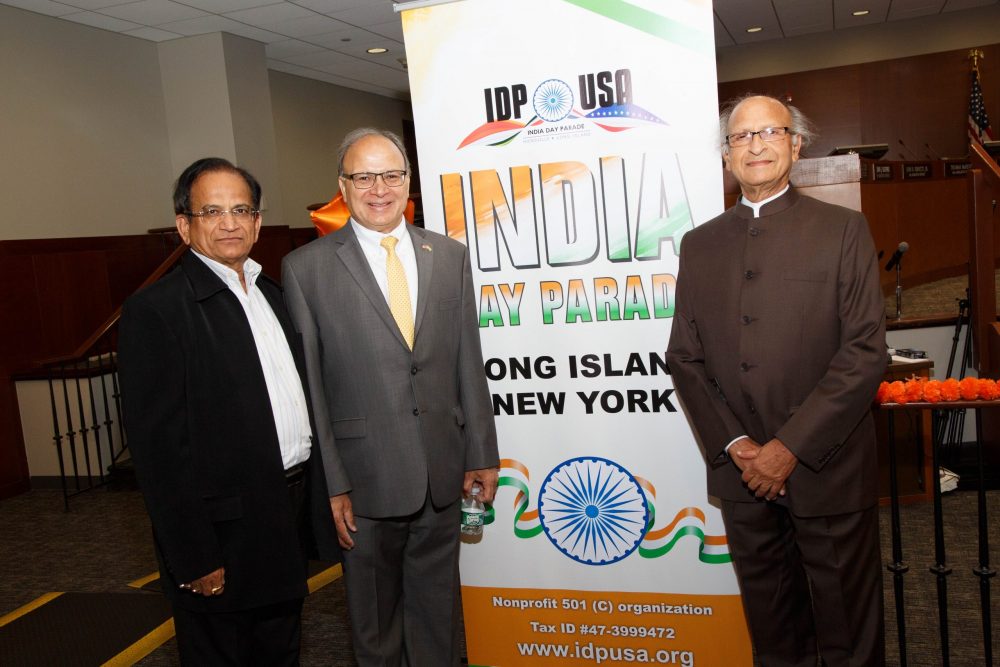 The program was announced at a curtain raiser event on June 21 at the prestigious Nassau County executive and legislative building in Mineola, New York.

The parade this time will originate from Hicksville Community Center on Carl Street West, IDP USA president Vimal Goyal said at the event attended by IDP USA team, community leaders and officials of Nassau County as well as the Town of Oyster Bay.

The parade will proudly celebrate Indian Government initiative ‘Azadi Ka Amrit Mahotsav,’ with enthusiasm high since this is the 75th landmark year of India’s Independence, he said recalling the sacrifices of freedom fighters, some known and some not so well known.

IDP USA Founder Bobby K Kalotee, chair of Nassau County Commission on Human Rights, in his address praised India’s intellectual force and free thinking. He also promised full support and protection for the parade on behalf of the Town and County.

The program emceed by past president Mukesh Modi started with the recital of the Indian and American national anthems, followed by the ceremonial lamp lighting. The first item was an energetic dance item, Ganesh Vandana, performed by a young girl, Angel.

IDP chairperson Indu Jaiswal and past president Beena Kothari, in their brief speeches, gave a call to the community to give full support to the parade.

The parade will showcase India’s heritage and culture and Indian Americans’ achievements. It will culminate in an entertainment program. Children’s carnival and games area will be free. Raffle will have attractive prizes.

A couple of Indian Americans running for elected office in the New York primaries also attended the event.