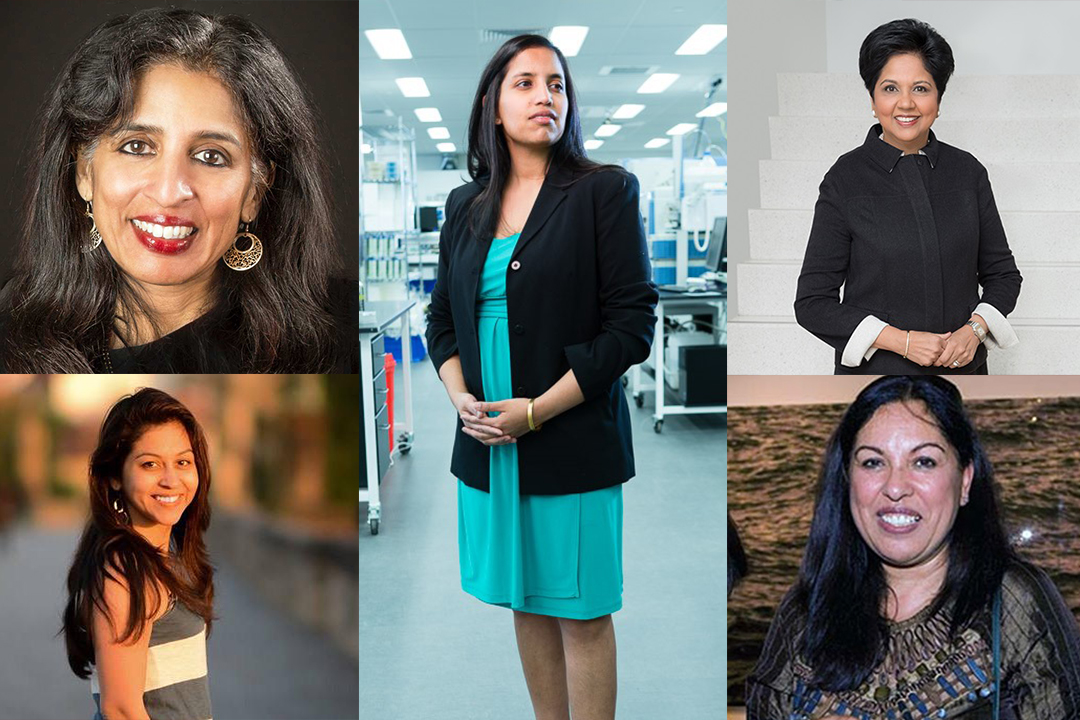 Five Indian American women figure among 100 women featured in Forbes 2022 list of America’s Richest Self-Made Women with a combined net worth of $111 billion.

They have made their fortunes in a multitude of industries including entertainment, healthcare, technology, cosmetics, fashion and more, the US business magazine said. The minimum net worth needed to make this year’s list was $215 million.

Read: Six Indian Americans among 100 Most Influential Women in US Finance (March 8, 2022)

Topping the Indian Americans was Jayshree Ullal, 61, president and CEO of Arista Networks, a computer networking firm, since 2008. With a net worth of $1.7 billion, she is ranked 15th.

Neerja Sethi, 67, who cofounded IT consulting and outsourcing firm Syntel with her husband Bharat Desai in 1980 in their apartment in Troy, Michigan is ranked 24th with a net worth of $1 billion.

Reshma Shetty, 41, cofounder Gingko Bioworks, a synthetic biotechnology company, with a net worth of $220 million is ranked 97.

“This list celebrates women’s success in business despite constant challenges,” says Kerry A. Dolan, Assistant Managing Editor, Wealth, at Forbes. “Each year new entrepreneurs join the ranks, inspiring us with their stories of how they built their companies.”

Born in London and raised in India, Ullal studied electrical engineering at San Francisco State University and enginDiane Hendricks tops the list for the fifth consecutive year and last year became the first self-made woman in America to boast a fortune of $10 billion or more.eering management at Santa Clara University.

Ullal joined Arista when it had no revenues and fewer than 50 employees. She joined the board of directors of Snowflake, a cloud computing company that went public in September 2020.

The publicly-traded company recorded revenue of $2.3 billion in 2020, a decrease of nearly 4% compared to fiscal year 2019. Ullal owns about 5% of Arista’s stock, some of which is earmarked for her two children, niece and nephew.

“As human beings we all want to do a good job, be acknowledged and crave that appreciation. Treat your peers and team respectfully, cultivate their inner strengths and harness their full potential,” she was quoted as saying.

Sethi’s Syntel was bought by French IT firm Atos SE for $3.4 billion in October 2018. Sethi got an estimated $510 million for her stake. Sethi, who had served as an executive at Syntel since 1980, did not join Atos after the acquisition.

Sethi met her husband in the U.S. while working for pioneering IT firm Tata Consultancy Services, which they attempted to emulate. The couple started the business with an initial investment of just $2,000.

Sethi holds an undergraduate degree in mathematics, a masters degree in computer science and an MBA in operations research.

In 2014, she and two LinkedIn colleagues left to found Confluent, which helps organizations process large amounts of data on Apache Kafka. The $388 million (revenues) company went public in June 2021 at a $9.1 billion valuation; she and her family own around 8%.

Nooyi grew up in India and got an MBA from Yale before becoming one of corporate America’s few female CEOs in 2006. She retired from PepsiCo in 2019 after 24 years, half of which she spent in the top job.

As CEO, she thwarted a bid to break up PepsiCo, nearly doubled sales and introduced healthier products and environmentally friendly practices. Her fortune stems from stock she was granted while working at PepsiCo. Nooyi joined the board of Amazon in 2019.

She became a top alumni donor to Yale’s business school after giving an undisclosed amount in 2016.

Shetty received a PhD in biological engineering at MIT, where she met Ginkgo Bioworks’ other cofounders. Ginkgo, named after a dinosaur-era tree, uses data analytics and robotics to speed up the process of discovering and making new organisms.

Ginkgo Bioworks went public in a SPAC merger in September 2021; shares fell 80% from their peak in November through mid-May 2022. As Covid-19 spread, the company opened its Boston facilities for research into the coronavirus and to ramp up testing for the disease.