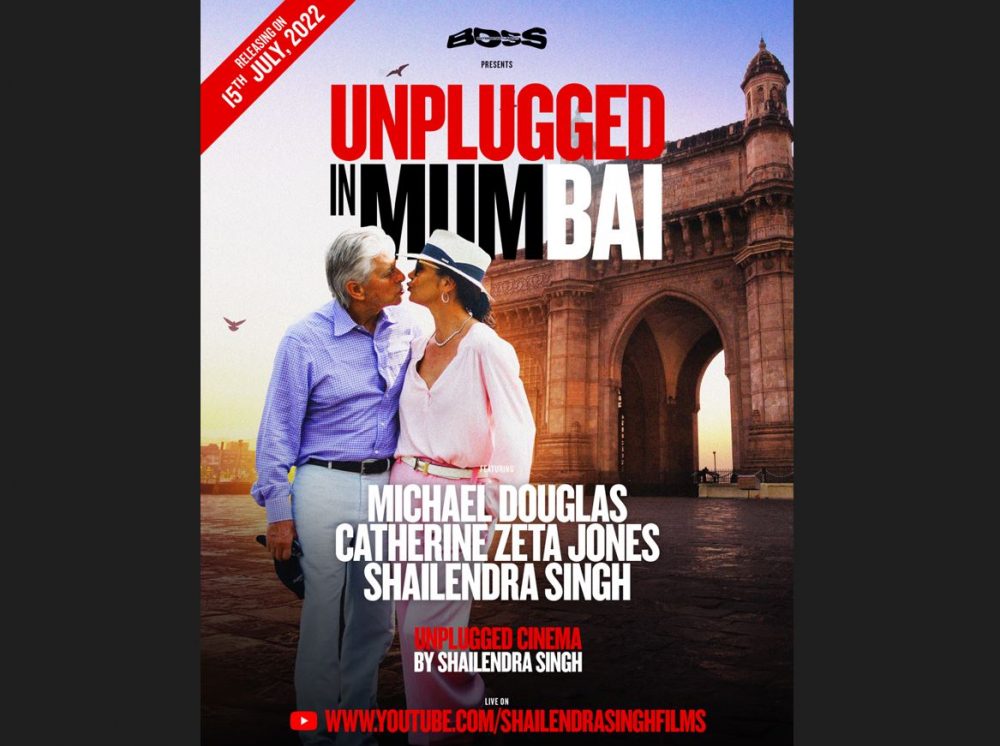 Watching Academy and Golden Globe winning actor and producer Michael Douglas along with his also Academy award winning wife Catherine Zeta Jones as they spend a day in Mumbai in a raw, unfiltered manner is what both Hollywood and Bollywood dreams are made of.

Indian artist and entertainment professional Shailendra Singh recently captured these once-in-a-lifetime moments on his camera when the legendary duo were visiting India.

The story behind the feature, ’Unplugged in Mumbai,’ is one that involves friendship, emotions and time honored relationships.

The director has been a long-time friend of Michael Douglas, a friendship that has tested true over a period of two decades. Last year, Douglas decided to visit India along with his wife Zeta Jones.

Douglas had once visited India long back to do a recce for a possible film. However that film never got made and this time around as destiny had it, Shailendra decided to capture the celebrity couple as they spent a day in ‘Maximum City.’

The journey sees them at the Gateway of India; hearing the compelling, origin history of Babulnath Temple, the oldest temple in the city; wandering through the labyrinth of the Dhobi Ghat, the world’s largest manual laundromat.

In this never-seen-before, incredibly intimate footage, Michael and Catherine experience: a moving Sufi concert from musicians brought in from the Jaipur Palace; a rousing, live performance of Shiamak Davar’s famous dance troupe – with Catherine taking the lead on her favorite ‘Om Shanti Om’ song.

Directed by the National Award-winning Shailendra Singh, ‘Unplugged in Mumbai’ is a 60-minute film written by Nicole Sottung and edited by award-winning Arun Kumar Aravind.