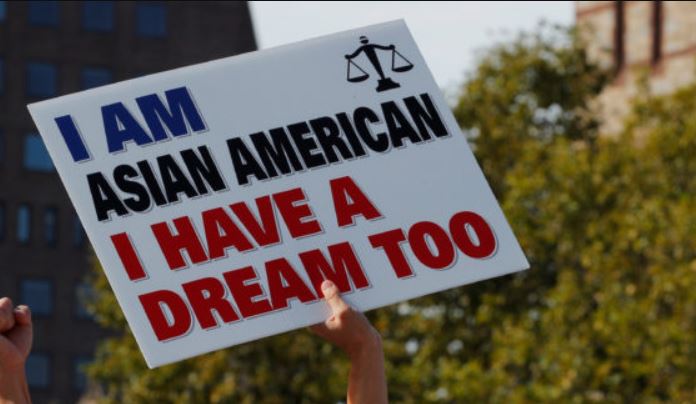 As Asian American civil rights groups filed two briefs before the US Supreme Court affirming their support for race-conscious admissions in higher education, Harvard University defended consideration of race as a factor in admissions process.

Five organizations comprising Asian Americans Advancing Justice affiliation filed amicus briefs Monday in Students for Fair Admissions (SFFA) v. Harvard on behalf of a multiracial group of alumni students of color at Harvard who support holistic admissions policies that take into account the entirety of a student’s assets and experiences.

Read: Asian Americans share a sense of belonging in the US: Study (August 2, 2022)

In a separate brief filed Monday, Harvard defended its compelling interest in pursuing the benefits of student-body diversity and the consideration of race as one factor among many in a narrowly tailored admissions process.

In their brief, the student and alumni amici attested to how a diverse campus benefits all students, including addressing racial isolation and increasing cross-racial understanding and cultural competency that better prepared them for their professional careers, according to a press release.

Asian American amici also affirmed benefiting from race-conscious admissions policies at Harvard, which provided them the opportunity to share their whole story, including their race and ethnicity, background, and diverse experiences.

The amicus brief affirms that Harvard and University of North Carolina’s race-conscious admissions programs do not discriminate against AAPI students, but rather expand their access to higher education.

The brief also highlights the educational benefits of racial diversity for AAPI communities and asserts that eliminating the consideration of race in admissions programs will harm AAPI and other students of color.

Read: Asian Americans must be in decision making rooms: Kamala Harris (May 23, 2022)

“For centuries, communities of color, including Asian Americans, have struggled against racial discrimination and faced systemic barriers to education, employment, and immigration, among other challenges,” said John C. Yang, President and Executive Director of Advancing Justice – AAJC.

“Race, ethnicity, and our lived experiences are integral parts of our personal story and collective history. Holistic admissions ensures all students have the opportunity to share their whole story in addition to their academic achievements.”

“As a parent, my children have had more chances to grow and thrive because of affirmative action, diversity, and anti-discrimination programs in our education systems. As a civil rights lawyer, there’s no question these attacks on the constitutionality of race conscious programs are a thinly veiled strategy to limit educational opportunities for all students of color.”

Harvard described its own brief filed Monday as “the latest round in the University’s eight-year battle to defend race-conscious admissions.”

The Constitution’s promise of equal protection under the 14th Amendment “does not require us to disregard the commonsense reality that race is one among many things that shape life experiences in meaningful ways,” Harvard’s legal team said in the brief.

“And nothing in the text or history of the Fourteenth Amendment suggests that universities must uniquely exclude race from the multitude of factors considered in assembling a class of students best able to learn from each other,” it said.

Harvard President Larry Bacow underscored the University’s commitment to campus diversity in a statement after the brief was filed.

“We have made a powerful case that enrolling a diverse student body is central to fulfilling our educational mission, that diversity enhances education for all, and that Harvard does not discriminate against any group in its admissions practices, a conclusion affirmed by two separate lower court decisions,” he said.

“We remain steadfast in our belief that every college and university must retain the freedom and flexibility to create the diverse educational communities that will prepare their students for the opportunities and challenges they will confront in an increasingly diverse society,” Bacow said.

SFFA, founded and run by the conservative activist Edward Blum, filed suit against Harvard in 2014, challenging the University’s consideration of race in admissions and claiming its admissions policies “intentionally discriminated” against Asian Americans.

After trial, a US District Court judge ruled decisively in favor of Harvard in 2019. The US Court of Appeals for the First Circuit affirmed the district court’s decision in November 2020.

SFFA has appealed the ruling to the Supreme Court. The Court is expected to hear the Harvard case and another case SFFA filed against the University of North Carolina in the term that begins this fall.