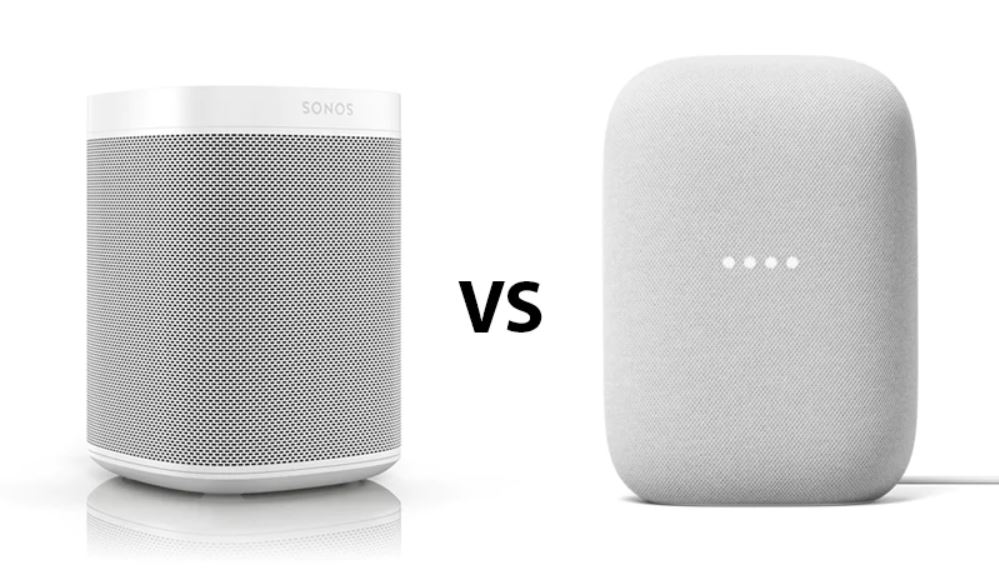 Google sued Sonos on Monday, this time over patent infringement of determining which speaker from a group should respond to a particular keyword. It also included another lawsuit over using “technologies invented by Google.”

Sonos said that Google infringed on several of its patents, including technology used to set up new devices, use a controller device to instruct speakers to connect and play, create speaker groupings and synchronize audio across multiple connected speakers.

Much to Google’s chagrin, Sonos won big over Google last year when the US Trade Commission determined that Google had infringed on patents related to casting and group speaker controls, forcing the latter to remove some functionalities like a single group volume control for a set of speakers.

However, in another case last week, a California judge canceled a Sonos patent related to transferring the playback queue of tracks from one speaker to another, which Google said it has patents.

New lawsuit by Google
The new lawsuit filed on Monday by Google in the US District Court for the Northern District of California, argues that Sonos products violated seven patents of Google.

It stated, “Sonos is using, without permission, these Google technologies in its products to enable multiple commercially-desirable features.”

The lawsuit stated further that “Sonos has recently introduced its Sonos voice control feature to control its products in a power-efficient manner through the use of “hotwords,” and to manage battery charging of its products, using technologies invented by Google.

“Sonos uses these technologies in a number of its products, including the Sonos Move, Sonos Roam, Sonos Roam SL, Sonos Arc, Sonos Beam, and Sonos One,” said the lawsuit naming these products.

As per the lawsuit, Google also targeted the latest Sonos voice assistant that enables voice assistant technology to improve efficiency, reliability, and durability of voice-controlled and battery-powered devices, which the search giant said Sonos is “using without permission”.

Read: Google controversy: Will sentient AI ever emerge in the future? (June 21, 2022)

It said Sonos voice control feature with its use of “hotwords,” violated this patent and contended that managing battery charging with technologies is an infringement of these patents held by Google.

Simultaneously, Google is also planning to move the US International Trade Commission seeking a ban on the import of any products that are found fitted with these patented technologies.

“Rather than compete on the basis of innovation and product quality, Sonos has decided to compete in the courtroom, and started an aggressive and misleading campaign against our products, at the expense of our shared customers. We prefer innovation to litigation but their actions leave us no choice but to defend our technology and challenge Sonos’ clear, continued infringement of our patents,” José Castañeda, Google spokesperson, told Techcrunch.

With the latest lawsuit, the saga of lawsuits by Google and Sonos over wireless speaker tech patents has reached its peak.

Read: Google products more helpful in the moments that matter: Sundar Pichai (May 13, 2022)

Sonos Arc: It brings realistic sound and the 3D experience of Dolby Atmos at the centre of shows, films and games with crystal clear dialogue and two height channels that create a sense of spaciousness.

When the TV is off, music can be streamed from services. The soundbar can be controlled easily with the existing remote, the Sonos app, voice and Apple AirPlay 2.

Sonos Move: Sound moves with you with a versatile smart speaker where streaming music, radio, audiobooks and other services. It takes the sound from room to room and beyond.

The weather-resistant design, rechargeable battery and wide soundstage deliver an outdoor listening experience. Easily controllable with the Sonos app, your voice and Apple AirPlay 2 on WiFi.

Sonos Roam: Defying size, Sonos Roam is usable at home and on the go as well with its lightweight, outdoor-ready portable smart speaker.

With a long-lasting rechargeable battery, it can stream music, radio, audiobooks, it can be easily controlled with the Sonos app, voice control, and Apple AirPlay 2, also switchable to Bluetooth outdoors.

Sonos Beam: It’s the latest generation of compact smart soundbar, with Dolby Atmos, meant for panoramic sound and crystal clear dialogue for shows, movies, and games. Controllable with the Sonos app, your voice, and Apple AirPlay 2.