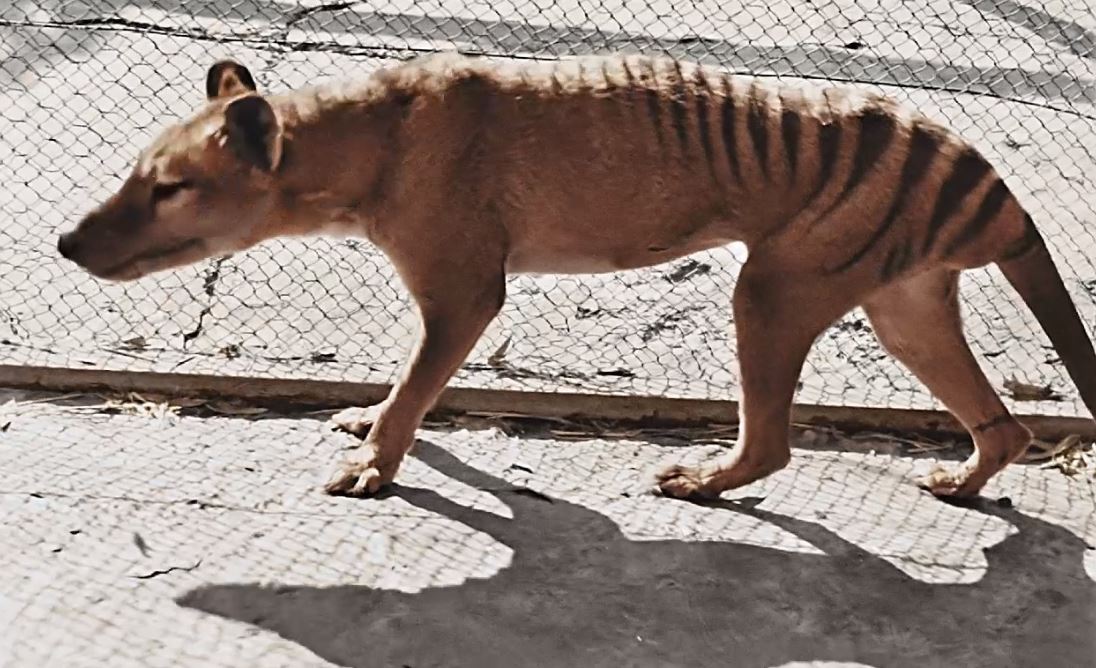 While dinosaurs or mammoth elephants remain extinct, their revival remained confined to fiction or Hollywood movies so far. But here’s a biotech and genetic engineering startup – Colossal Biosciences – that has announced plans to “de-extinct” the Tasmanian tiger using gene-editing technology.

The Tasmanian tiger (thylacine), a carnivorous dog-like marsupial with stripes was the recent species of the family Thylacinidae on record by the European settlement in Australia. A local species, the marsupial carried its babies in a pouch just as kangaroos or koalas do.

When they were chasing poultry for food, the hunt for them with heavy bounties as reward in the 19th century led to their extinction by the 1930s. Now the new biotech startup is keen to revive this extinct species, almost a century later, using genetic engineering, extraction of old DNA, and artificial reproduction.

The genome for the species, sequenced from DNA recovered from a 108-year-old specimen kept at Australia’s Victoria Museum, is available for researchers led by Prof. Andrew Pask at the Thylacine Integrated Genetic Restoration Research (TIGRR) Lab and professor of epigenetics biosciences at the University of Melbourne.

The team plans to use IVF and gestation without a surrogate, with Colossal deploying the CRISPR gene editing and computational biology capabilities to reproduce thylacine DNA.

“We can now take the giant leaps to conserve Australia’s threatened marsupials and take on the grand challenge of de-extincting animals we had lost,” Professor Pask said. “With this partnership, I now believe that in ten years’ time we could have our first living baby thylacine since they were hunted to extinction close to a century ago.”

Jurassic Park Concerns
The project has received wider support among celebrities such as Chris Hemsworth and Paris Hilton who have extended support to revive the Tasmanian tiger but not without concerns.

Many experts have raised concerns over the concept of reviving extinct species back to life in an environment that was vastly different from the time when they existed and wandered on the earth, a fact captured in the Jurassic Park franchise.

Pask and Colossal, however, insist that the Tasmanian tiger’s return would enforce rebalance in Australia’s ecosystem, which has a record extinct species.

“Without an apex predator, ecosystems plunge into a series of cascading trophic downgrading effects, leading to the spread of disease, an increase in wildfires and invasive species, a reduction in carbon sequestration, and a disruption to natural biogeochemical cycles,” said the startup.

“Our efforts to protect the endangered Northern Quoll – long threatened by the invasive cane toad native to South and Central America – will also be aided by this partnership, as we could produce Northern Quolls with a slight genome-edit making them resistant to cane toads, giving Quolls the same evolutionary benefit of the many South and Central American animals resistant to cane toad-poison,” he said.