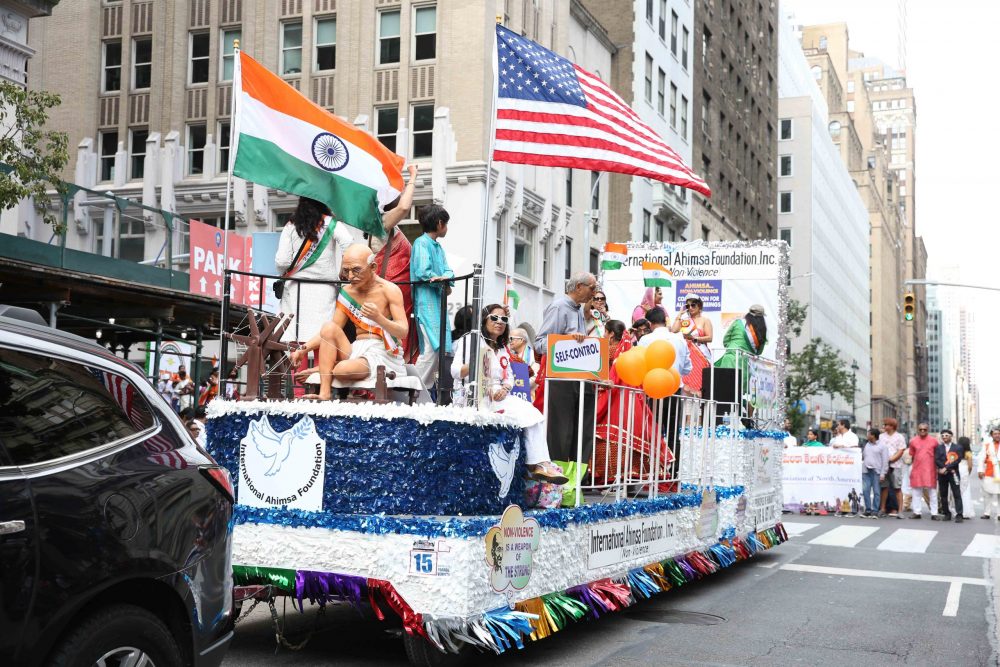 Federation of Indian Associations (FIA) has set two Guinness World Records for the most number of different flags flown simultaneously and the largest ensemble of Damru, an ancient musical instrument associated with Hinduism and Buddhism.

They had attempted the records at Madison Square, New York on Sunday to commemorate the completion of 75 years of Indian Independence, earmarked as ‘Azadi Ka Amrit Mahotsav,’ the celebration of eternal freedom, according to a media release.

More than 1,500 volunteers who had registered for the record on FIA website turned up early in the morning, the release said. In an atmosphere of patriotic fervor lead conductor Kailash Kher sang ‘Hindustan Meri Jaan Tu’ (India you are my life) with the whole gathering of thousands joining him.

FIA president Kenny Desai said FIA had in its own way tried to honor India by attempting the records and “making our motherland shine in our homeland.”

Desai said FIA has made India proud and this achievement is a tribute to the unknown and unsung heroes of the freedom struggle.

FIA chairman Ankur Vaidya said that these records are dedicated to the global community. He thanked the community for their support without which the feat would not have been possible.

FIA secretary Pravin Bansal, who served as event chair for the attempts said that the endeavor required massive efforts and the whole team of FIA volunteers had been working day and night for the past few months especially since the logistics were a big challenge in itself.

However, the fact that FIA did it makes them forget about all the trials and tribulations, the release said.