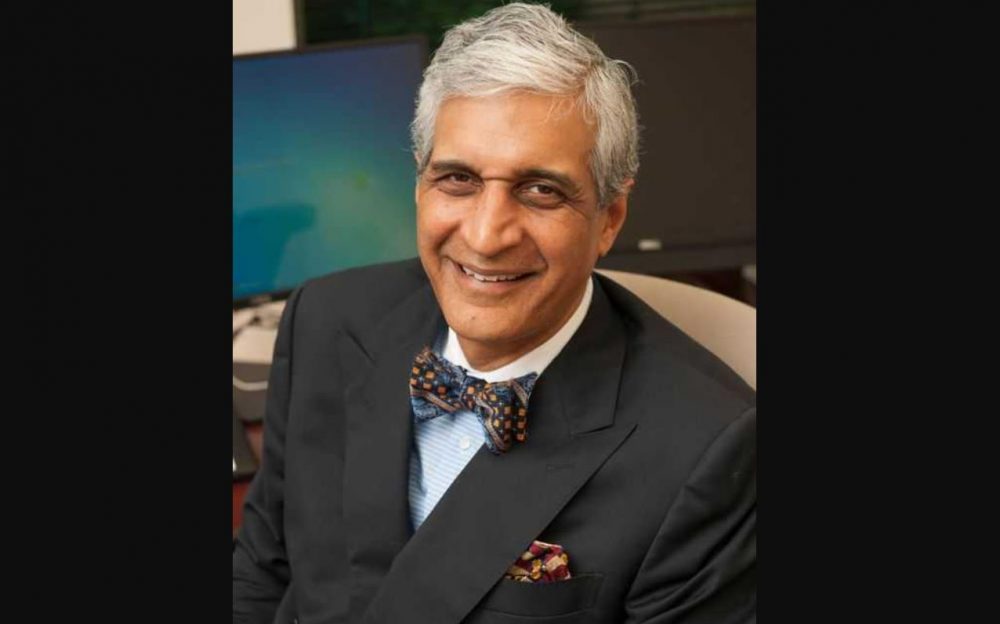 A leading Indian American neurosurgeon Dr. Anil Nanda has returned to Rutgers University after an investigation by an outside law firm found insufficient evidence to prove allegations of ‘ghost surgeries.’

He was placed on paid administrative leave last November in the wake of so-called “ghost surgery” allegations that he was not present during critical portions of two medical procedures he had scheduled, NJ.com reported.

At the same time, though, that investigation raised questions about the length of time that Nanda had actually been in the operating room, and whether his actions made it appear that “he was not prioritizing his patients.”

The investigative report commissioned by Rutgers was released by the university on Aug 16. But it declined comment beyond a statement citing a threatened lawsuit, the newspaper said.

In a statement to NJ.com, Rutgers said it was ending Nanda’s administrative leave from his position as professor in the departments of neurosurgery at its two medical schools, “subject to his satisfying licensing, medical staff privileging, and contractual requirements of his employment agreement.”

However, Nanda, who had been relieved of all his management roles as well in April, including his chairmanship of the Departments of Neurosurgery at Rutgers Robert Wood Johnson Medical School and New Jersey Medical School, and as Chief of Neurosurgical Services at University Hospital in Newark and Robert Wood Johnson University Hospital, is not being restored to any of those top management roles. Nor will he receive compensation related to those former roles, NJ.com cited a university spokeswoman as saying.

Prior to being stripped of those major leadership positions, Rutgers said Nanda earned $2.2 million per year, including clinical revenue, making him one of the highest paid employees on the Rutgers payroll.

His salary as a professor in the Departments of Neurosurgery at the two medical schools will be $494,671, including his academic base salary and clinical practice supplement.

NJ.com cited Nanda’s attorneys as stating “the quality of the results of Dr. Nanda’s surgeries is the measuring stick by which he should be judged,” and that it was undisputed that the results were excellent.

“Despite the efforts of some disgruntled faculty members and staff to destroy Dr. Nanda’s reputation, today’s report completely exonerates Dr. Nanda of the malicious and false allegations of engaging in ghost surgeries,” said Michael Critchley and Amy Luria of Critchley, Kinum & Luria in Roseland. “The report concludes that ghost surgeries never occurred.”

Nanda was undeterred from pursuing his employment rights, and was prepared to testify under oath. “Dr. Nanda is also eager to obtain the sworn testimony of those who sought to destroy him,” they said.

At issue were charges that Nanda had not been appropriately present for surgeries for which he billed and was the attending physician. Those allegations had been sparked by an anonymous complaint charging that he had scheduled two surgeries in November 2021, on a day he was also hosting a virtual medical symposium.

The investigation, conducted by former New Jersey Comptroller Matthew Boxer, now an attorney in private practice with Lowenstein Sandler, found there was not sufficient evidence to conclude that Nanda had not been present for the most important part of the two procedures, under applicable medical standards.

Yet the report also concluded that in the two cases, “Dr. Nanda pushed the envelope…as far as possible” in regard to the standards set by the US Centers for Medicare & Medicaid Services.

Nanda’s conflicting responsibilities between his scheduled surgical procedures and hosting a virtual medical symposium that same day reflected “poor decision-making and his conduct was contrary to general expectations regarding surgeon practices,” the report concluded.

Based on the evidence that came forth in Boxer’s investigation, the report also recommended that Rutgers “conduct a broader review regarding Dr. Nanda’s procedures beyond the two November 4 surgeries” that were the subject of the law firm’s investigation.

Nanda was recruited by Rutgers in 2018, hailed by university officials as a “transformational leader” who would advance Rutgers’ preeminence in the neurosciences. But he soon became the target of faculty complaints regarding his running of the departments at the two medical schools.

“Upon his arrival at Rutgers, Dr. Nanda made significant and aggressive changes to the neurosurgery departments, and brought about substantial employee turnover, resulting in Dr. Nanda having ardent supporters and significant enemies within the university community,” the report stated

The myriad of work environment complaints against Nanda are being investigated separately by the university’s Ethics & Compliance office, it added.