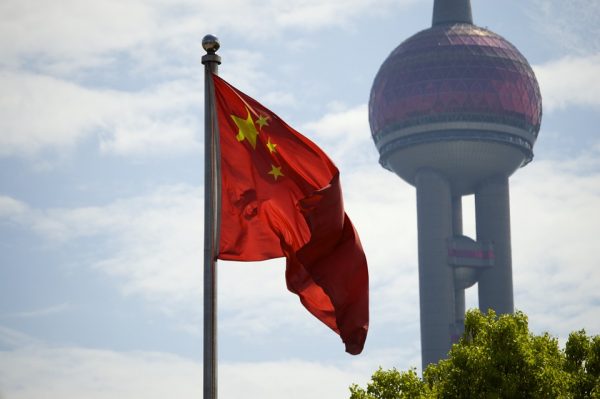 An Indian American professor at University of Maryland (UMD) allegedly built a machine-learning software “useful for surveillance” as part of a six-figure research grant from Chinese tech giant Alibaba, according to a media report.

Alibaba provided $125,000 in funding to a research team led by Dinesh Manocha, a professor of computer science at UMD College Park, to develop an urban surveillance software, The Daily Beast reported.

The software can “classify the personality of each pedestrian and identify other biometric features,” the news site said citing research grant documents obtained by it via public records request. “These capabilities will be used to predict the behavior of each pedestrian and are useful for surveillance,” the document read.
Manocha is a decorated scholar in the AI and robotics field who has earned awards and accolades from Google, IBM, and many others The Daily Beast noted.

He was paid $355,000 in salaries in 2021, it said citing government watchdog Open the Books. The US military also signed a $68 million agreement with Manocha’s lab to research military applications of AI technologies.

In the grant document obtained by The Daily Beast, Manocha’s team pledged to “work closely with Alibaba researchers” to develop an urban surveillance software that can identify pedestrians based on their unique gait signatures.

The algorithm would then use the gait signatures to classify pedestrians as “aggressive,” “shy,” “impulsive,” and other personalities. The grant required UMD researchers to test the algorithm on videos provided by Alibaba and present their findings in person at Alibaba labs in China.

The scholars also had to provide the C++ codebase for the software and the raw dataset as deliverables to Alibaba.

The software’s “clear implication is to proactively predict demonstrations and protests so that they might be quelled,” Ryan Fedasiuk, an associate fellow at the Center for New American Security, said in an email to The Daily Beast.

“The bottom line is that Alibaba financed US academic research that was tailor-made for China’s surveillance state,” he was quoted as saying.

UMD declined to comment on The Daily Beast story. Manocha also did not reply to multiple requests for comments, it said.

In January 2019—back when the Alibaba grant was still active—Manocha secured a $321,000 Defense Department grant for his research team, according to The Daily Beast.

Unsurprisingly, the research outputs produced by the two grants had significant overlap. Between 2019 and 2021, Manocha published multiple articles in the AI and machine-learning field that cited both the Alibaba and DoD grant.

There is no evidence that Manocha broke the law by double-dipping from US and Chinese funding sources to fund similar research projects, The Daily Beast acknowledged.

Manocha’s ties to China extend beyond his work with Alibaba. Between 2014 and 2016, the professor worked as a Thousand Talents Scholar, a Chinese program considered a national security threat by the US government. In 2018, Baidu, another Chinese tech giant, brought on Manocha as a senior consultant for its research arm.

The professor has continued to work with Chinese counterparts even after the Alibaba grant expired in June 2019, co-writing a paper with Chinese academics affiliated with the Chinese military-industrial complex in 2020, according to the Daily Beast.