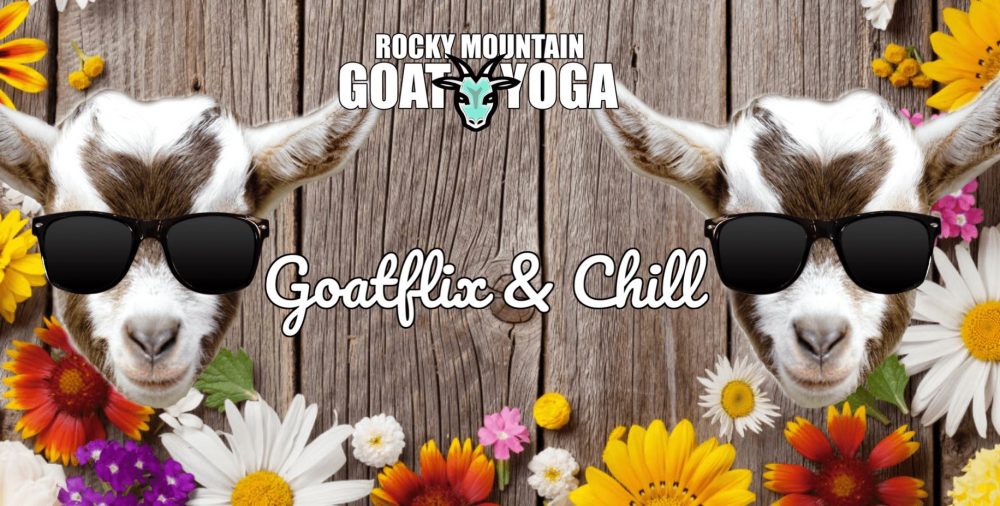 The ancient Indian art of yoga has captured the western imagination as perhaps no other practice originating from the East. From yoga studios to healthy yoga bars to munch on after a workout, yoga has become as mainstream in America as an In and Out cheeseburger!

But just when you thought besides, being practiced at studios and in parks and with a growing yoga accessory market that’s rising rapidly, what other innovation was possible with yoga, along came goat yoga. The fitness trend where goats roam about as people practiced yoga can be enjoyed everywhere from Illinois to California.

But if you are in the mood for some more goat love, then here’s something that can totally blow you-off your mind. The idea of spending a night on your couch with Netflix and microwave dinner now gets a pop makeover as Goatflix comes to town.

Yes, you read it right. If you are in Denver, and looking for an adventure that is totally out of the league but is gentle and calming instead of an adrenaline thumping workout or a forest trail.

This season, Rocky Mountain Goat Yoga, which has been organizing goat yoga in the Colorado area for five years now, has launched a Goatflix and Chill event.

Wondering what it means? Well, every Sunday you can head to the park featuring the event, watch a classic movie as a herd of friendly goats give you company.
Like any other movie in the park event, you are expected to bring chairs, blankets and wear comfortable clothes. But since you would also have some furry friends for company you are advised to tie your hair and wear no jewelry.

So, remember if you are an animal lover and would love to chill in an out-of-the-box way consider Goatflix!