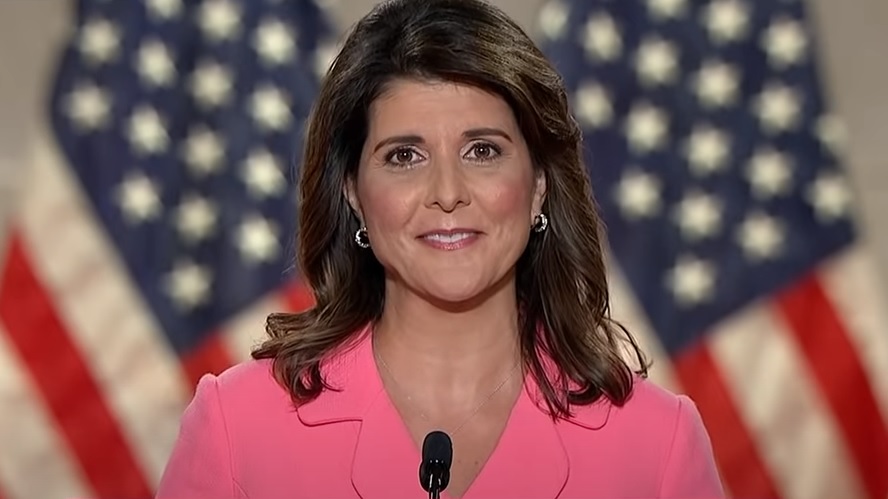 Nikki Haley, who served as US ambassador to the United Nations under former President Donald Trump, said this spring that she would not run for president in 2024 if her former boss did so.

After the midterm elections, Haley, the first Indian American to get a Federal cabinet job, seems to have changed her mind. She has joined a growing list of Republicans who refuse to let Trump’s return dampen their White House aspirations.

“A lot of people have asked if I’m going to run for president now that the midterms are over,” Haley, a former South Carolina governor, said at the Republican Jewish Coalition Annual Leadership Meeting in Las Vegas on Sunday. “I’ll look at it in a serious way, and I’ll have more to say soon.”

“If my family and I decide to continue our life of service, we will put 1,000% into it and we’ll finish it. For now, I’ll say this. I’ve won a tough primaries and tough general elections. I’ve been the underdog every single time,” she said.

“When people underestimate me, it’s always fun. But I’ve never lost an election. And I’m not going to start now,” quipped Haley.

Haley, 50, dropped a subtle hint about her presidential run while criticizing President Joe Biden’s effort to resurrect the Iran nuclear deal that was broken by Trump. “The next President will shred it on her first day in office,” she said with an emphasis on “her” as the audience cheered.

The willingness to challenge Trump marks a dramatic shift in the Republican Party.

Trump, 76, has dominated the party since he defeated Hillary Clinton in 2016 and has maintained his grip despite losing to President Biden in 2020 and losing House and Senate majorities on his watch.

Trump, who announced his third presidential bid on Nov 15, also addressed the meeting as did others who may run against him like Florida Governor Ron DeSantis, Texas Senator Ted Cruz and former Secretary of State Mike Pompeo.

RealClear Politics aggregation of polls about the Republican nomination for the 2024 election showed that Haley had only a 2% backing, compared to 47.3% for Trump and 29% for DeSantis.

While indirectly criticizing Trump at the RJC meeting for the party’s expected red wave turning into a trickle, Haley also tried to play it down saying, “I disagree that our losses were due to one person.”

In another dig at Trump many of whose endorsed candidates lost, she said, ”We have to choose candidates that can win not just a primary but also a general election. We don’t need more politicians who love to go on TV and talk about our problems.”

Haley also repeatedly emphasized her status as a racial minority in a party associated with whiteness and said it should reach out to minorities – Hispanics, Asians, African Americans and Jews.

Speaking proudly of her rise from “a brown girl growing up in a small rural southern town,” haley said her parents came to the US “from India with $8 in their pocket” and successfully — and proudly — navigated the American South. Her father Ajit Singh Randhawa became a professor, while her mother Raj Kaur Randhawa became a businesswoman.

After resigning from her cabinet level post at the UN in with only two years on the job, Haley set about building her base in the party. She set up a political action committee, Stand for America, which endorsed 60 candidates in the Nov 8 midterm elections and spent $10 million promoting them.