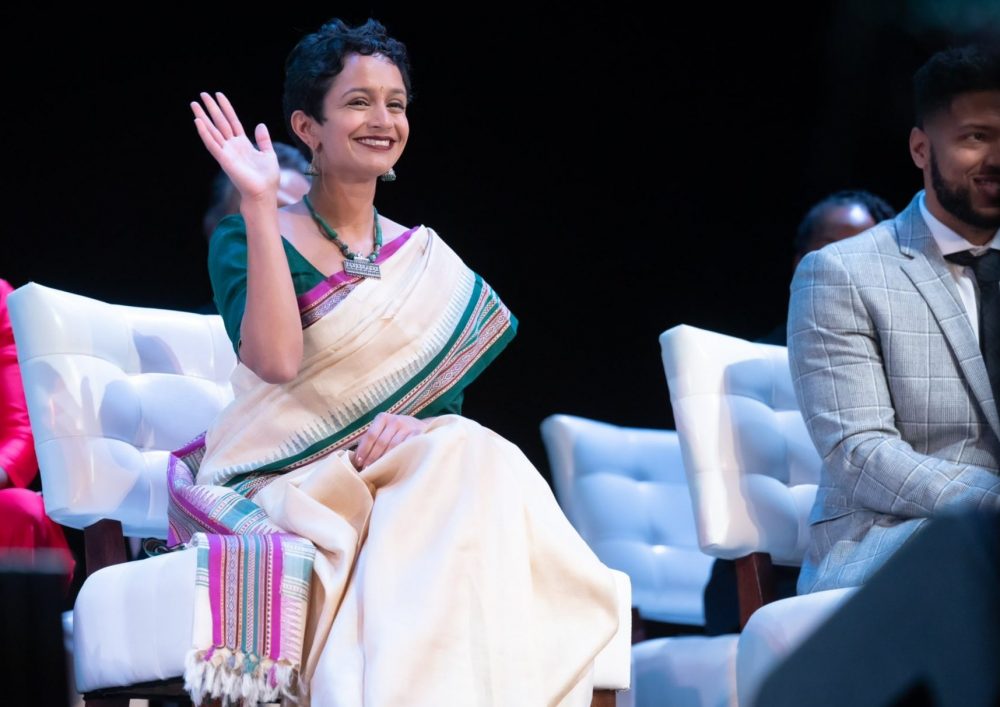 Janani Ramachandran, a 30-year-old Indian American social justice lawyer, activist, and artist, has become the youngest and the first LGBTQ woman of color to serve on Oakland City Council in California.

Ramachandran, who is also the South Asian Council member in Oakland’s history, took the oath of office as the member for District 4 wearing a saree in an inauguration ceremony on January 10.

Ramachandran, “a daughter of immigrants from a small village in South India,” as she describes herself, beat Nenna Joiner in a non-partisan contest in the November 2022 midterm elections.

“WE WON! Honored to be the next City Councilmember for Oakland District 4!! I will officially be the youngest Council member in Oakland’s history, the 1st #LGBTQ woman of color & 1st South Asian to serve on Oakland City Council,” she tweeted.

“Thank you #TeamJanani for making history happen!” Ramachandran wrote. “Immensely grateful for all those who believed in me and helped build our movement. Honored to have my loved ones by my side as I took the ceremonial oath!”

Ramachandran currently serves on the California Commission on Asian and Pacific Islander American Affairs and has previously served as a Commissioner at the City of Oakland Public Ethics Commission, according to her website.

An East Bay native, Ramachandran is the daughter and granddaughter of immigrants from a small South Indian village.

Her passion for justice was evident at an early age, according to her official bio. At 16, while relocating to India for a few years, she founded a nonprofit that built libraries in under-resourced schools in her local community.

She recently worked as an attorney at Family Violence Appellate Project, pursuing legal appeals and advocacy efforts to improve access to justice for all survivors of abuse.

Although Ramachandran lost the race for California’s Assembly District 18 seat in 2021, she came out on top in a field of previously elected officials in a special runoff election polling 43% votes to winner Mia Bonta’s 87% votes.