Three Indian Americans —Anahita Dua, Sonia Singhvi, and Neil Vora — are among this year’s 60 Presidential Leadership Scholars (PLS) program serving as a catalyst for a diverse network of established leaders.

A partnership among the presidential centers of George W. Bush, William J. Clinton, George H.W. Bush, and Lyndon B. Johnson, the PLS program kicks off in Washington, DC, on Jan 24.

“Scholars were selected based on their leadership growth potential and their personal leadership projects aimed at improving civic engagement or social good by addressing a problem or need in their community, the country, or the world,” according to a PLS news release.

Over the course of several months, Scholars will travel to each participating presidential center to learn from former presidents, key former administration officials, business and civic leaders, and leading academics, it said.

They will study and put into practice varying leadership principles and exchange ideas to help maximize their impact in the communities they serve.

The latest class joins an active network of more than 400 Scholars who are applying lessons learned through the program to make a difference in the United States and around the world, the release said.

Scholars have consistently reported remarkable growth in skills, responsibilities, and opportunities for impact since the program began in 2015, it said.

For example, 94% of Scholars said their confidence in how they lead social change has improved as a result of PLS, and 98% of Scholars reported they are inspired to accomplish more since beginning the program. 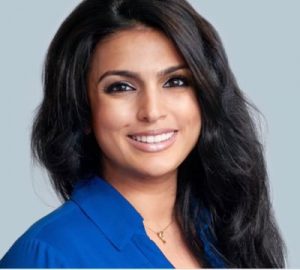 She completed her vascular surgery fellowship at Stanford University Hospital, and her general surgery residency at the Medical College of Wisconsin.

At Massachusetts General Hospital, she is the director of the Vascular Lab, and co-director of the Peripheral Artery Disease Center and Limb Evaluation and Amputation Program.

Last August, the 39-year-old Newton resident, a mother to two young children, took the plunge into politics, forming the Healthcare for Action PAC, “a federal political action committee that aims to elect Democratic health care workers to Congress,” as reported by the Commonwealth.

She told the magazine she started the PAC because of personal experiences she had with her patients and her 5-year-old daughter. “What I’m noticing is in each realm I’m not able to do what I want to do to protect these people, whether my patients or my daughter,” she said. 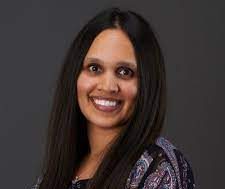 Sonia Singhvi, Global Head of Culture, Inclusion, & Diversity at the Boston-based Alexion Pharmaceuticals. A strategic, patient-centric, biopharmaceutical executive with over 20 years of industry experience across multiple therapeutic and functional areas, Singhvi joined the company and rose through the ranks, according to her LinkedIn profile.

Singhvi says she’s “excited” to be accepted into the 2023 Presidential Leadership Scholars Program. “PLS serves as a catalyst for a diverse network of leaders to collaborate and create meaningful change in the United States and around the world as they learn from former US Presidents and their administrations.”

“I will leverage these insights to advance health equity, improve patient outcomes, and enhance diversity in clinical trials,” she wrote in a LinkedIn post. 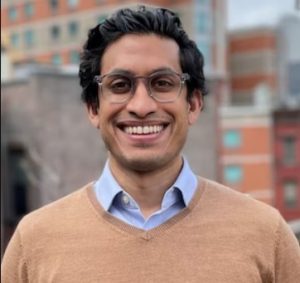 Neil Vora, a physician with the New York-based Conservation International where he leads its efforts on pandemic prevention.

“Throughout his career, he has focused on the link between human health and the health of the planet – particularly as it relates to the increasing threat of ‘spillover’ of viruses from animals to humans because of the destruction of nature,” according to his Conservation International profile.

He served for nearly a decade with the Centers for Disease Control and Prevention (CDC), including as an Epidemic Intelligence Service officer and a Commander in the US Public Health Service (USPHS).

He deployed for CDC to Liberia in 2014 and to the Democratic Republic of the Congo in 2019 to assist in the responses to the two largest Ebola outbreaks ever.

He previously led the investigation of a newly discovered virus in the country of Georgia related to the smallpox virus. For his work, he has received numerous accolades including the USPHS Physician Researcher of the Year Award, CDC James H. Steele Veterinary Public Health Award, CDC Donald C. Mackel Memorial Award, and CDC Alexander D. Langmuir Prize Manuscript Award.

From 2020-2021, Vora developed and led New York City’s Covid-19 contact tracing program, overseeing a team of over 3,000 people. His program traced more than half a million people who had contracted the virus. He still sees patients in a public tuberculosis clinic in New York City.

He has published over 60 articles in various medical journals. He’s an Adjunct Professor of Internal Medicine and Infectious Diseases at Columbia University, and a Term Member of the Council on Foreign Relations.

He completed medical school at the University of California, San Francisco (UCSF) in 2009 and his Internal Medicine training at Columbia University in 2012.