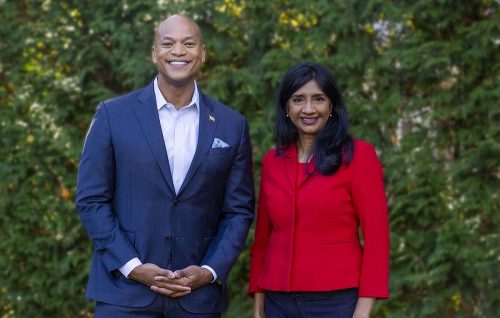 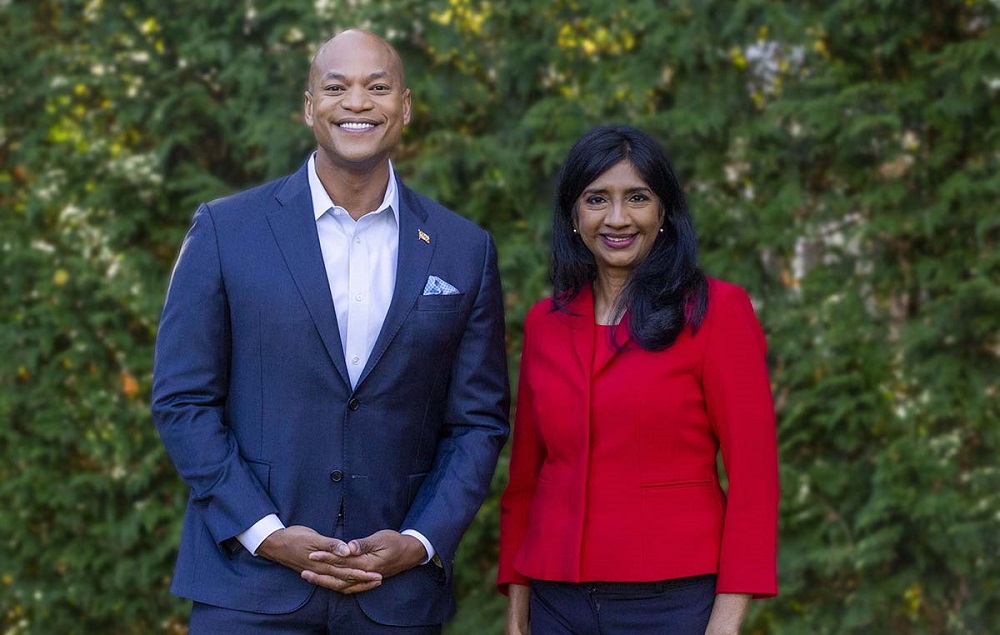 She “will be the most consequential lieutenant governor in the country,” says Wes Moore, state’s first black governor

Hyderabad, India-born Aruna Miller made history Wednesday as she become the first woman of color and first Indian-American to be sworn-in as Maryland’s lieutenant governor at the State Capitol in Annapolis.

A daughter of an IBM engineer, Miller who migrated to the United States at the age of seven in 1972, was joined in making history by Wes Moore, the state’s first Black governor, a celebrity author, Army veteran, and former nonprofit executive.

Moore is the third Black person to be elected governor in US history. This is the first time ever that the top two positions in a state are being held by racial minorities.

“We’ve made history today. But the power is not in the history-making, the power is in the people. In each and every one of you,” she tweeted after her inauguration.

“We’ve said it since the beginning of this journey and this night is no different,” Miller wrote. “This night is not about us, it is about you and it always has been. Maryland, I am humbled and honored to be your Lieutenant Governor. We are only just getting started!”

Miller, 58, was joined at the inauguration by her husband Dave and their three daughters on a gorgeous, sunny day in the state capital.

“Aruna Miller will be the most consequential lieutenant governor in the country,” Moore tweeted. “I cannot wait for Maryland to benefit from her leadership, which is rooted not only in professional expertise, but in her compassion and lived experience as an immigrant.”

“To Aruna’s mother, Hema and to my mom, Joy, you epitomize everything special about this state; You are proof that in Maryland, anything is possible,” he wrote.

Miller began her speech by giving a shout out to her three adult daughters. “Mommy loves you,” she told them and said she was “so proud of the strong, smart and beautiful souls” they have become.

Miller spoke of her initial experiences in school adjusting to the new environment after moving to the US when she was seven. She learned English while in the public school system, graduated high school, and attended college at what is now called Missouri University of Science and Technology.

She spoke about how she spent most of her life “trying to fit into a space that didn’t have her in mind — as an immigrant growing up in a new country; as a female engineer in a male-dominated field; as an Indian American legislator in a legislature that looked nothing like me.”

Miller said it took her a long time to realize that it was never about “needing to fit into a space created by others, it was always about having the courage to be my authentic self in every space.”

Miller began her career as a civil engineer in Maryland and worked for Montgomery County for over 25 years. In 2010, she was elected to the Maryland House of Delegates where she represented the 15th District for two terms.

In 2017, she launched a bid for the 6th Congressional District to replace Rep. John Delaney (D-MD.), but she lost to multimillionaire businessman David Trone in the Democratic primary, finishing second. Expectedly, there was an outpouring of pride and support on social media for Miller.