Four Indian nuns were also killed in the attack.

An Indian Catholic priest from Kerala, who was reportedly abducted from the Missionaries of Charity’s old age home in Yemen by ISIS affiliate terrorist group is due to be crucified on Good Friday, says reports.

Father Tom Uzhunnalil, 56, was kidnapped by Islamic State gunmen who attacked the old age facility killing more than 15 people including the four Indian nuns. The incident happened in Aden, southern Yemen on March 4.

Many Christian religious groups had earlier posted on social media that they have received confirmation that Father Tom will be crucified on Friday as Christians across the world observe Good Friday.

Earlier, a group of South African nuns by the name Franciscan Sisters of Siessen, posted on Facebook: “Was informed that the Salesian priest, Fr.Tom who was kidnapped by ISIS from the Missionaries of Charity Home in Yemen is being tortured and is going to be crucified on Good Friday. This calls for serious concerted prayers from all of us.”

Even though the ISIS has not taken the responsibility for the attack on the old age home run by Mother Teresa’s Missionaries of Charity, the Yemen authorities have put the blame on ISIS affiliate group. 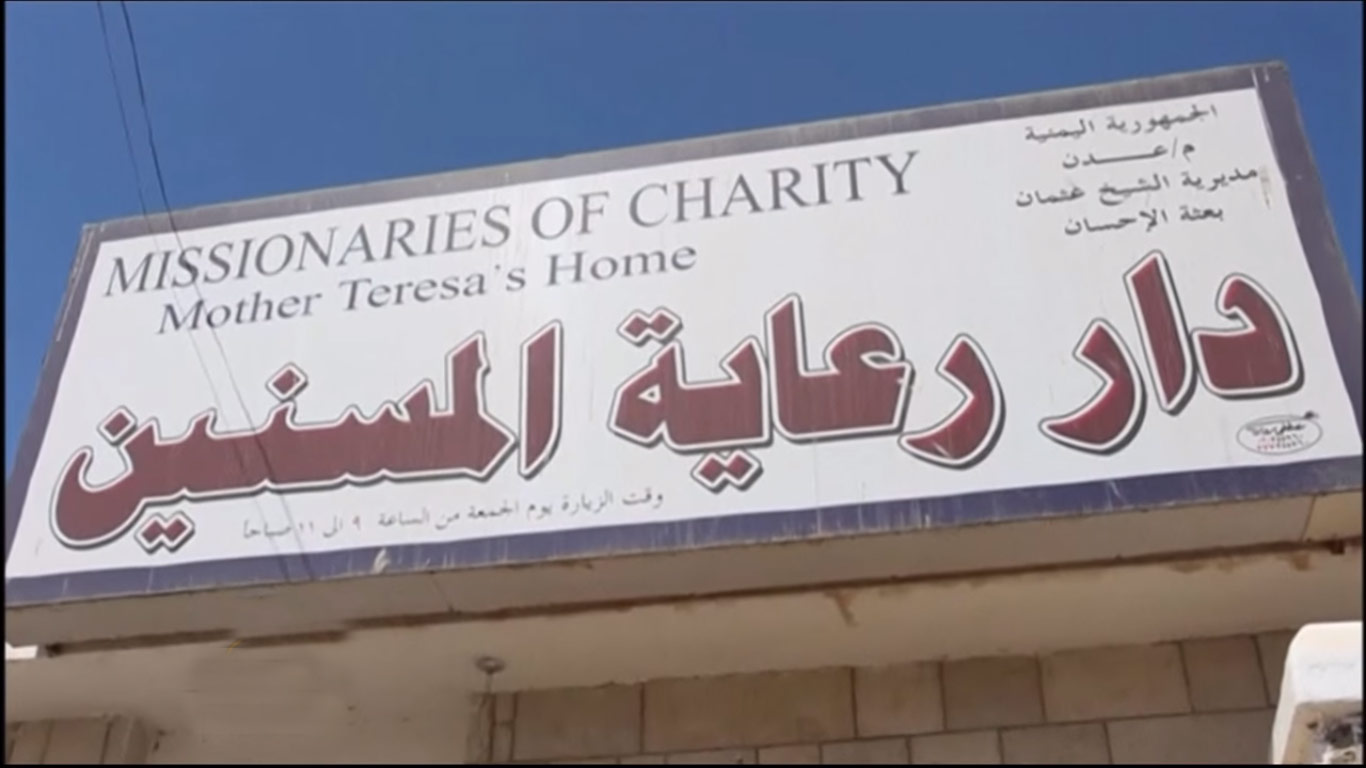 The attack was carried out by a group of four gunmen who posed as relatives of an inmate. After entering the old age home, the attackers indiscriminately sprayed bullets at the people killing two Yemeni female staff members four Indian nuns and eight inmates and a guard.

A Yemeni security official said, “According to our information, the extremists who attacked the elderly care home in Aden have kidnapped priest Tom Uzhunnalil, who was taken to an unknown location.”

Another source was quoted by Deccan Chronical saying “We are aware that no group has yet claimed the criminal attack… but information points to the involvement of Daesh.”

The members of Father Tom’s religious faction have denied the claim that he is scheduled to be crucified. They said that no information regarding the execution of Father Tom has been communicated nor are they aware of the whereabouts or condition of the priest.

“We have absolutely no information on Fr Tom,’ Father Mathew Valarkot, spokesman for the Salesians’ Bangalore province,” said.

“But even today we do not know who has taken him and what their motives are because no one has claimed responsibility.”

Missionaries of Charity, established by Mother Teresa in 1950 under attack in Yemen in 1998 when gunmen killed three nuns in the Red Sea port city of Hodeida.

UCA News reported earlier this week that Vatican diplomatic channels are working to learn the whereabouts of Father Tom and trying all they can do for his secure release. 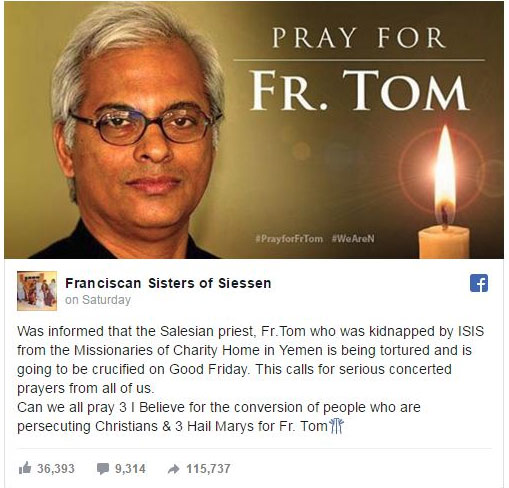