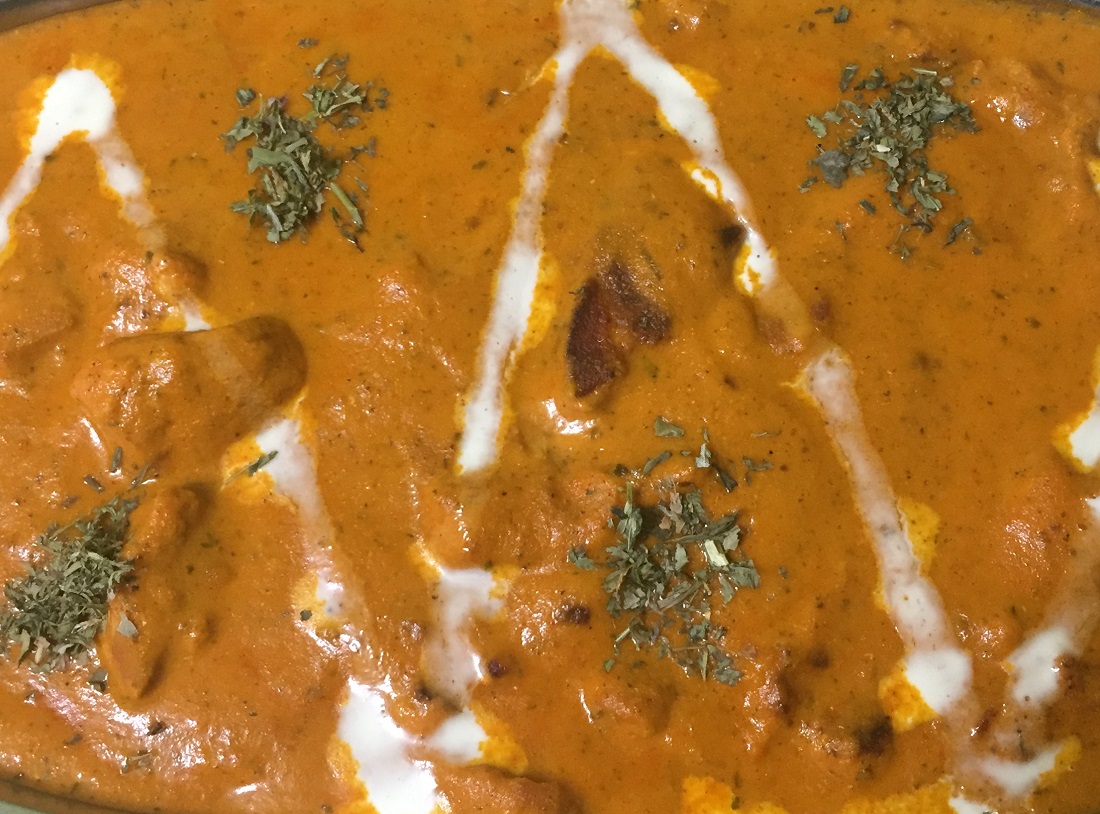 Did you know that the first truly American cookbook included a recipe for chicken curry? Culinary historian and scholar Colleen Taylor Sen traces the journey of Indian food in early America.

Although most North Americans of South Asian descent arrived following the immigration reform laws of 1965, South Asians were the first non-European immigrants in the New World, arriving just few decades after the founding of the Jamestown Colony in 1607. Some were sailors on the ships of the British East India Company. Others were servants to wealthy British Nabobs who moved to America after making their fortunes in India.  Every Englishman who brought in a laborer or servant to the colony received a grant of 50 acres, so it was in their interest to bring as many of these servants as possible – including their cooks since these early Nawabs were very fond of Indian food. By the early 18th century “East Indians,” as they were called, even outnumbered native “Indians” in the Chesapeake Bay area. Many intermarried with local native Americans and today no traces are left.

Until the American Revolution, Indian and the American colonies were sister colonies in the British Empire. British settlers brought with them the popular cookbooks of the day (including those of Hannah Glass and Mrs. Beeton), which contained recipes for curry and curry powder. The first known American curry recipe was for apple curry soup in the manuscript of Catherine Moffatt Whipple (b 1734), wife of a signer of the Declaration of Independence. A work considered the first truly American cookbook, Mary Randolph’s The Virginia Housewife (1824), contains a recipe for chicken curry “after the East Indian manner,” for catfish curry, and for curry powder, made with equal amounts of turmeric, coriander seed, cumin seed, white ginger, nutmeg, mace, and cayenne pepper.

Wealthy American colonists ordered many luxuries from India via England and the Caribbean, among them tea, pepper, and spices. Indian spices became more accessible to the middle class after the East India Company lost its monopoly over trade with India in 1813. Boston’s India Wharf had opened in 1809 to accommodate ships going to and from India and China and in one alone, nearly 80 ships from Calcutta unloaded their cargoes on its docks. Chicken curry, curried veal and lobster curry were standard items on the bills of fare of Boston taverns and eating houses in the 1820s and 1830s. Exports also went the other way. Starting in 1833, a young Boston entrepreneur named Frederic Tudor began shipping ice from New England to India after discovering a way of insulating it in sawdust for the four-month voyage.

Hindu texts and ideas also became a lively part of the intellectual life of New England’s most famous literary figures, Ralph Waldo Emerson (1801-1883) and Henry David Thoreau (1817-1862)  — the so-called transcendentalists, because of their emphasis on this transcendent oneness of spirit, an idea adapted from Hindu texts. Thoreau (who was a vegetarian) was delighted that the “sweltering inhabitants of Madras and Bombay and Calcutta drink at my well” and that while he bathed his intellect “in the stupendous and cosmogonal philosophy of the Bhagavad Gita, the pure Walden water [in the form of ice] is mingled with the sacred water of the Ganges.”

Culinary historian Colleen Taylor Sen is the author of many articles and seven books on South Asian food, including, Food Culture in India; Curry: A Global History, A Guide to Indian Restaurant Menus; and A History of Food in India (named one of the best food books of year by The Smithsonian and Vogue) She is also co-editor of the Chicago Food Encyclopedia.

Meet the Indian American chef whose Brooklyn restaurant made it to the 2018 Michelin Bib Gourmands (November 30, 2017)

French and Mediterranean to Arabic, Indian to Cajun: a cook for all seasons (October 28, 2013)

Food is like life itself and all about evolution: chef Chauhan (April 8, 2013)