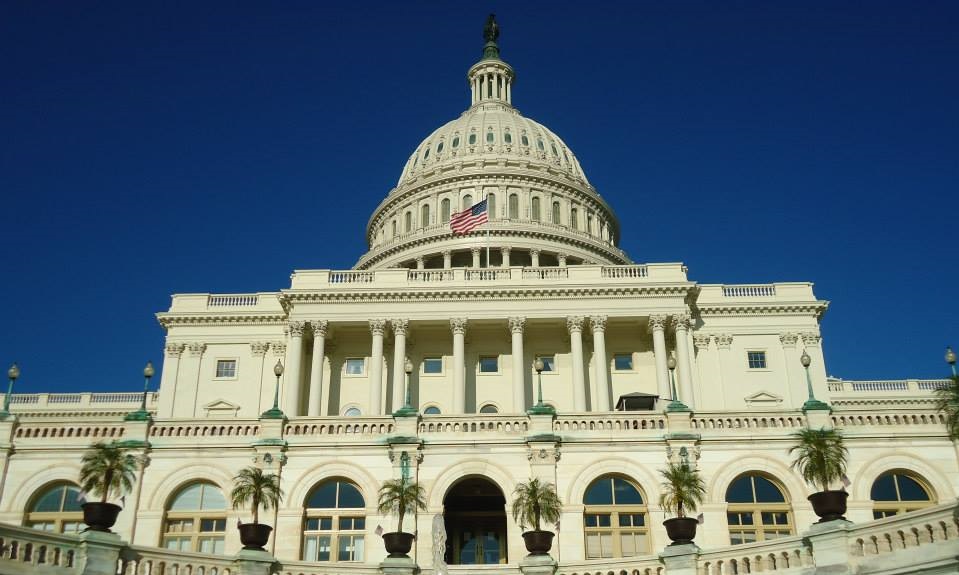 It is an extremely rare move for Congress to reprimand a sitting president.

WASHINGTON, DC: The Democrat-controlled US House of Representatives has passed a resolution condemning President Donald Trump for his “racist comments” urging four, progressive congresswomen of color to return to the countries they came from. It is an extremely rare move by America’s legislative body to reprimand a sitting president.

Trump’s ire is widely believed to be directed against Democratic freshmen Alexandria Ocasio-Cortez of New York, Ilhan Omar of Minnesota, Rashida Tlaib of Michigan and Ayanna Presley of Massachusetts, dubbed the “Squad.”

The president took to his favorite mode of communication, Twitter, Sunday to convey that instead of criticizing his administration, the four congresswomen should “go back and help fix the totally broken and crime infested places from which they came.” His racist comments have understandably caused a backlash in a nation built by immigrants, spurring lawmakers to proffer a formal rebuke.

The result is House Resolution 489 which “strongly condemns President Donald Trump’s racist comments that have legitimized and increased fear and hatred of new Americans and people of color.”

In impassioned remarks on the House floor, Pramila Jayapal, the first Indian-American women elected to the lower chamber of Congress, said she is “appalled at the statements coming from the White House telling people who dissent that somehow you should go back to your country if you criticize the United States.” The Washington Democrat underscored, “I am a proud, naturalized citizen born in India, a proud patriot, a proud person who belongs in this country. It’s not the first time I’ve heard ‘go back to your own country’, but it’s the first time I have heard it coming from the White House,” she bemoaned.

Congresswoman Judy Chu of California, who chairs the Congressional Asian Pacific American Caucus (CAPAC), did not mince any words in denouncing the verbal volleys emanating from the White House and expressing her steadfast support to those at the receiving end. “On behalf of everyone from my grandfather to the Sikh man assaulted in his car after 9/11 to Rep. Ilhan Omar who has been attacked with the racist claim, ‘You don’t belong here, go back to your home’: The bigots are wrong and will always lose. You are home,” she stated.

Referring to Trump’s tweet, “So interesting to see ‘Progressive’ Democrat Congresswomen who originally came from countries whose governments are a total catastrophe, the worst, most corrupt and inept anywhere in the world (if  they even have a functioning government at all) now loudly and viciously telling the people of the United States, the greatest and most powerful Nation on earth, how our government is to be run,” Congressman Raja Krishnamoorthi queried his use of the phrase, ‘Originally came from’?

The Illinois Democrat noted that three of his colleagues under attack were born in the US. “Yes, Rep. Ilhan is a naturalized citizen, as am I, but so what? We’re every bit as much Americans as you,” Krishnamoorthi said responding to the president’s comment.

Congresswoman Tulsi Gabbard who is running for president in 2020 on the Democratic ticket noted, “Trump’s comments were made to foment racism and bigotry, to further divide our country for his own political gain, and put his own interests ahead of the interests of our county.” An Iraq war veteran, she lamented, “Trump telling Americans who disagree with or even criticize the president that they should ‘go back to where they came from’ undermines the rights and freedoms that I and my brothers and sisters in uniform have served and sacrificed to protect.” The Hawaii lawmaker underscored, “Our freedom of speech and right to dissent are the most fundamentally American values that we must all stand up for and protect.”

Rallying support for the resolution prior to its passage Tuesday night, Speaker Nancy Pelosi said on the House floor: “Every single member of this institution, Democratic and Republican, should join us in condemning the president’s racist tweets. To do anything less would be a shocking rejection of our values and a shameful abdication of our oath of office to protect the American people. I urge a unanimous vote.”

But, a divided House voted largely along party lines with only four Republicans and one independent joining 235 Democrats in favor of the resolution. The GOP lawmakers who broke ranks to vote for the measure were Brian Fitzpatrick of Pennsylvania, Will Hurd of Texas, Fred Upton of Michigan and Susan Brooks of Indiana.

Georgia Democrat John Lewis, a leader of the civil rights movement, declared, “With this vote, we meet our moral obligation to condone hate, racism and bigotry. The world is watching,” he warned.

Democratic congresswoman Grace Meng of New York who co-sponsored the resolution decried the incendiary remarks by the current occupant of the White House. “President Trump’s comments are racist and his vile rants on Twitter are beyond the pale, and show his callous disregard for the office he holds,” she said. “He has not apologized, shown any remorse, and doubled down on his disgusting remarks. As an American, I am appalled by the president’s actions these past few days and the weak response by my colleagues on the other side of the aisle. We can disagree with each other, but to tell someone to ‘go back’ is morally reprehensible. Today, our message is clear: Mr. President, shame on you.”