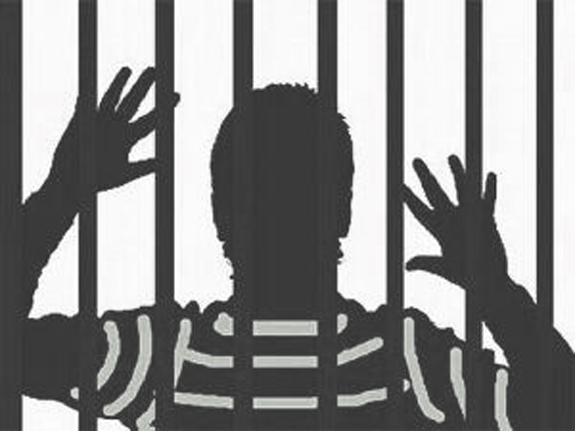 Three asylum seekers kept in isolation for not drinking Boost.

Five Indian asylum seekers have been on a hunger strike for 90 days at La Salle detention center in Jena, Louisiana. Each of the men have formal sponsors in the US who have committed to housing and supporting them while they fight their asylum case.

The men, four Hindus and one Sikh, coming from different parts of India have varied reasons for seeking asylum in the United States. The American Bazaar has learnt that they are seeking asylum for a variety of reasons, and their legal situations are varied.

What remains alarming is that after 90 days of hunger strike, all five are now undergoing a tortuous procedure of forced-hydration and force-feeding at the detention facility.

ALSO READ: By the numbers: every eighth person of Indian origin in US is an illegal immigrant (November 25, 2014)

Freedom for Immigrants volunteer Michelle Graffeo has been regularly visiting the men in the facility. After a meeting with two of the hunger strikers Sunday she said, “It was reported to me that three of the five men are now being held in isolation as punishment for not drinking Boost.”

“This means that they are alone for 24 hours a day and all five men are wheelchair bound and unable to get out of bed without assistance,” Graffeo said.

“This is unacceptable and just one more way that they are torturing these men. Every day that they remain in captivity is just one day closer to death for these men,” she said. “Today is day 88 of hunger strike and as of right now these men have missed 272 meals.”

“I have been visiting with them for the past three months and have watched them slowly disappear as the days carry on,” Graffeo said. “ICE is prepared to let them die, I however am not.”

According to medical professionals, 75 days without adequate nutrition is when vital organs begin to fail.

Freedom for Immigrants (FFI) has filed complaints with the Department of Homeland Security (DHS) Office of Civil Rights and Civil Liberties (CRCL) on behalf of the five men, demanding DHS address the systemic civil rights violations the men have faced in ICE custody.

Freedom for Immigrants alongside Detention Watch Network (DWN), South Asian Americans Leading Together (SAALT), local advocates, and medical professionals in the Louisiana area have warned that the men are on the brink of death and called for their immediate release.

According to statistics in the past one decade there has been a 996 percent increase in the number of Indians seeking asylum abroad.

An “asylum seeker” is defined as an individual who is being persecuted on grounds of race, religion, nationality, political opinion, or membership of a particular social group.

Many asylum seekers from South Asia in the past have also resorted to hunger strike to protest against the inhumane conditions they are held in at detention facilities.

More than 40 asylum seekers from Punjab go on hunger strike at detention center in Texas (April 17, 2014)

Arrested in El Paso with no visas, 2 Punjabi men claim they are gay, get asylum in the US (January 6, 2014)

More than 100 illegal immigrants from India, Bangladesh, Pakistan go on hunger strike in US (November 27, 2015)

Drastic increase in August in number of children entering the US illegally (September 21, 2015)