Abraham is the senior author of “Artificial Intelligence and Deep Learning in Pathology,” which was published earlier this month.

Indian American teenage prodigy Tanishq Abraham, who graduated from college at age 11, has become a published author for the Elsevier publication, a prestigious and reputed scientific publisher that publishes leading scientific journals and books.

The Sacramento resident, who is now 16, was invited to write a 30-page chapter for the book Artificial Intelligence and Machine Learning in Pathology. Both the e-book and hard copy of the book were published on June 5.

Elsevier is a Dutch publishing and analytics company, founded in 1880. It publishes nearly half a million articles a year in 2,500 journals and is responsible for journals such as Cell, Trends, and the online citation database Scopus.

“When my PI [principal investigator] invited me to write a chapter in an Elsevier book, I was excited,” Abraham told The American Bazaar.  “I managed to squeeze in the time to my already jam packed schedule of PhD research, teaching undergrads, and writing the upcoming talks.”

The teenager said it took him about two months to complete the chapter. He said he worked on it while traveling in India at the beginning of the year. 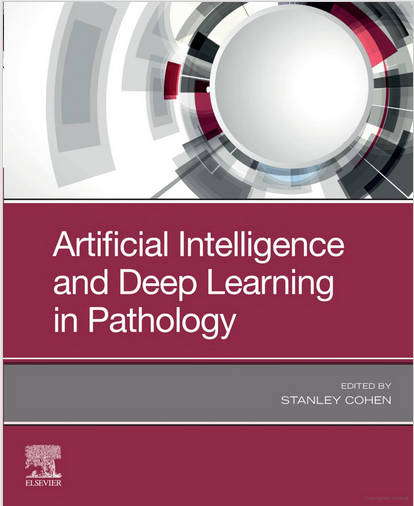 Writing as a first author, Abraham was joined by Prof. Richard M. Levenson, his M.D. professor at University of California Davis, and two other co-authors, Dr. Daniel A. Orringer, a neurosurgeon at New York University Langone Health, and Austin Todd, a PhD student at  University of Texas, San Antonio.

“It is an honor to be the first author,” Abraham said. “It was a privilege to work with Dr. Levenson, Dr. Orringer and Austin Todd.”

Abraham, a second year biomedical engineering PhD student at UC Davis, was responsible for writing as well as acquiring copyright permissions for images and tables. The process took two months, which Abraham managed to do while juggling his research, teaching undergrads, and the trip to India, which was to give public talks.

He, along with his child prodigy and musically acclaimed sister, Tiara, were invited to talk at one of the oldest and most prestigious engineering colleges in Asia, Veermata Jijabai Technological Institute, located in Mumbai, India’s financial capital.

The siblings also spoke at the Deepalaya School in Delhi, a high school for low-income residents.

Speaking about the trip, Abraham said, “It was my first time to India and it was a good experience, especially giving talks and inspiring many college and high school students in Mumbai and New Delhi.”

His talk in Mumbai, which was part of the VJTI Technovanza Guest Lecture Series, was on “How I became an engineer at 14.”

Technovanza is a three-day annual techno-management festival hosted by the students.

After the talk, he was the guest of honor in the prize distribution ceremony to the middle and high school students, who had competed in science and engineering competitions during the Technovanza.

Abraham’s mother, Taji, spoke about the visit. “For me, it was a nostalgic experience being on the VJTI campus after 45 years,” she said. “As a young child, my family and I stayed on campus, when my uncle Prof. Francis Thekkiniyath, was the director at VJTI. We went back to the same house and met the current dean/ director and had a warm welcome from his family.”

Taji Abraham said both kids were honored by the Kerala Club in New Delhi. Taji Abraham, a veterinary doctor, and her husband, Bijou Abraham, software engineer, have their ancestral roots in Kerala. Their families were settled in New Delhi before migrating to the United States in 1970s.